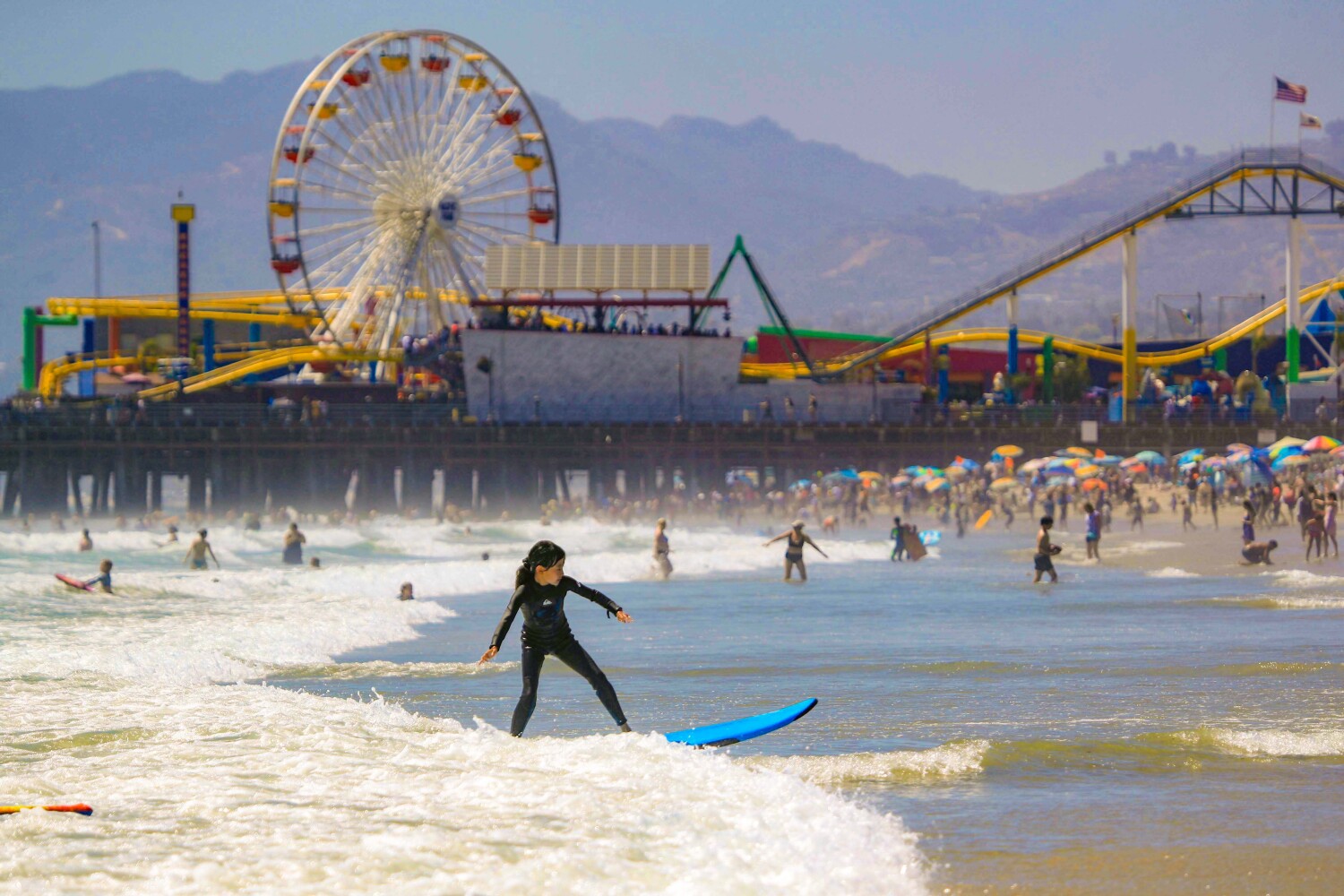 Visitors to the beaches are advised to avoid swimming and other activities because bacterial levels exceeded state health standards when they were last tested.

Swimming in the waters could cause illness, the Department of Public Health said.

The waters off the Santa Monica Pier are among the dirtiest in L.A. County, with the beach receiving an F grade in Heal the Bay’s annual beach “report card” in June. A portion of Mother’s Beach also received an F; two other sections received Bs.

Cabrillo and Topanga Canyon beaches both received As.