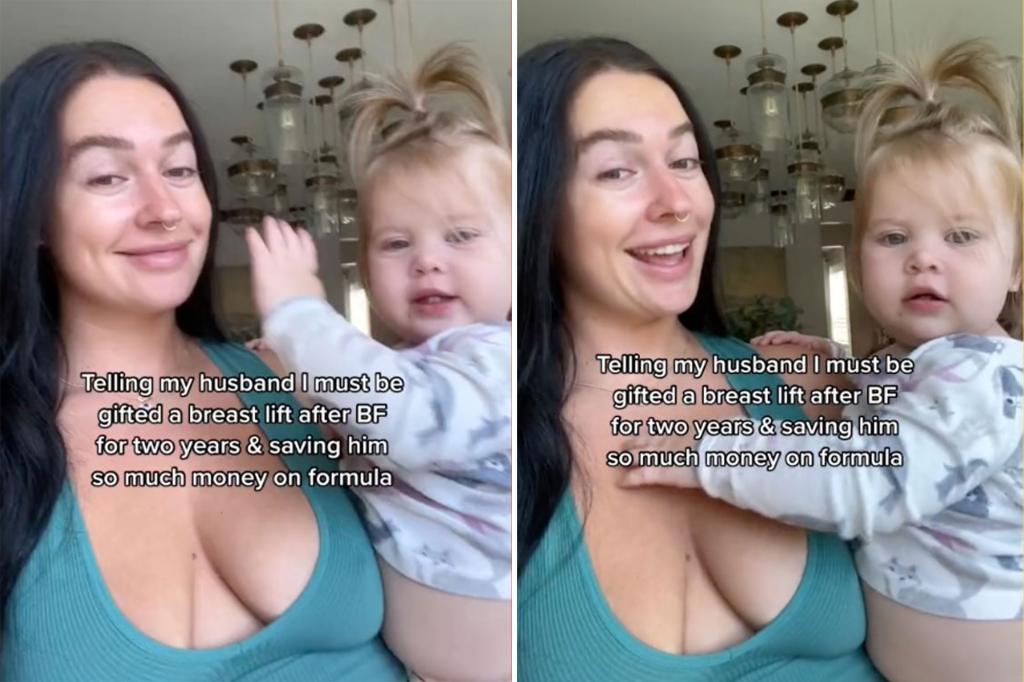 A mother who breastfed for two years wants her husband to pay for her boob job — arguing it’s only fair considering all the money the couple has saved not buying baby formula.

Avery Woods made her case on the lighthearted TikTok video while holding one of her two children in her arms.

“Telling my husband I must be gifted a breast lift after [breastfeeding] for two years & saving so much money on formula,” text across the video read with the mom lip-syncing a man’s voice that stated “that’s what they saying.”

A caption at the bottom of the hilarious video said, “It’s well deserved.”

Woods, a pediatric intensive care unit nurse in the US, was well supported by other TikTok users. About 15,000 others liked the post that’s been viewed more than 571,000 times.

“I told my fiancé the same,” one user commented. “These things aren’t perky anymore so pay up.”

Another user chimed in, “Dude yes!! That’s like $4,000 in formula saved plus bottles, storage, bottle warmer and all that.”

An additional user exclaimed, “They already looked so lift!!” Woods replied, “It’s the top I promise.”

Woods didn’t reveal her husband’s reaction, but one user said, “yep just do it (sic) no matter what he says.”