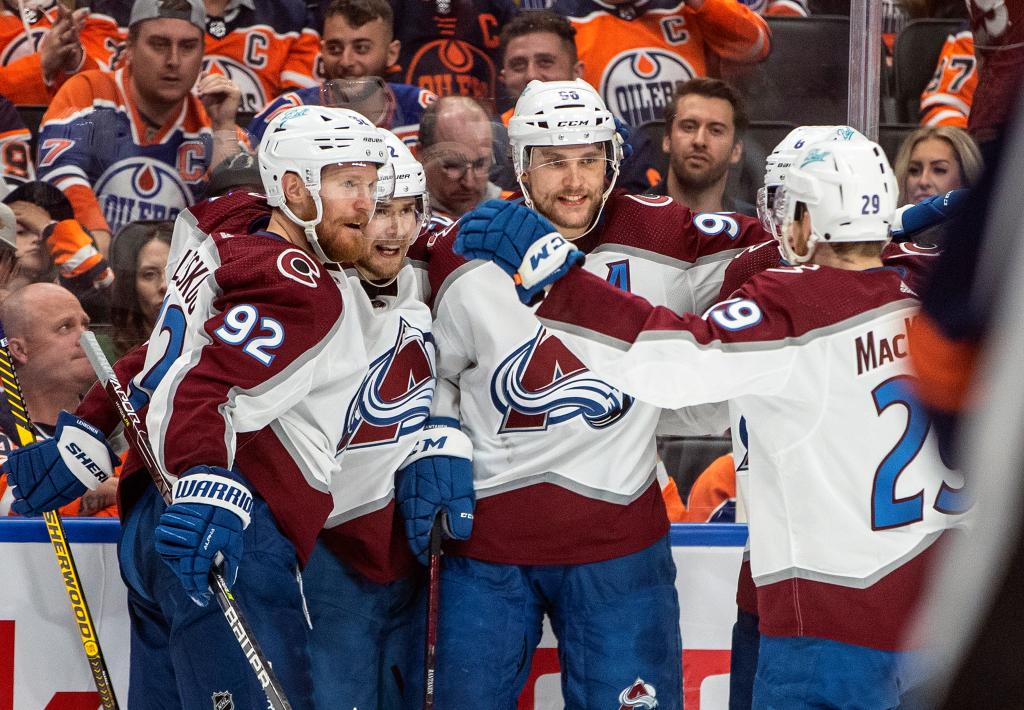 EDMONTON, Alberta — Artturi Lehkonen scored 1:19 into overtime, and Colorado rallied to beat the Edmonton Oilers 6-5 Monday night, completing a four-game sweep and sending the Avalanche to the Stanley Cup Final for the first time since 2001.

Colorado will take on the winner of the Eastern Conference final between the New York Rangers and two-time defending Stanley Cup champion Tampa Bay Lightning. The Rangers lead that best-of-seven series 2-1. Game 4 is Tuesday in Florida.

The teams combined for six goals in the third period — four by Colorado, which rallied from a 4-2 deficit despite being outshot 15-13.

Rantanen appeared to complete Colorado’s comeback, scoring a power-play goal with just over five minutes remaining to give the Avalanche a 5-4 edge.

But the Oilers stormed back and forced overtime when Kassian scored at 16:38 and tied it at 5-all