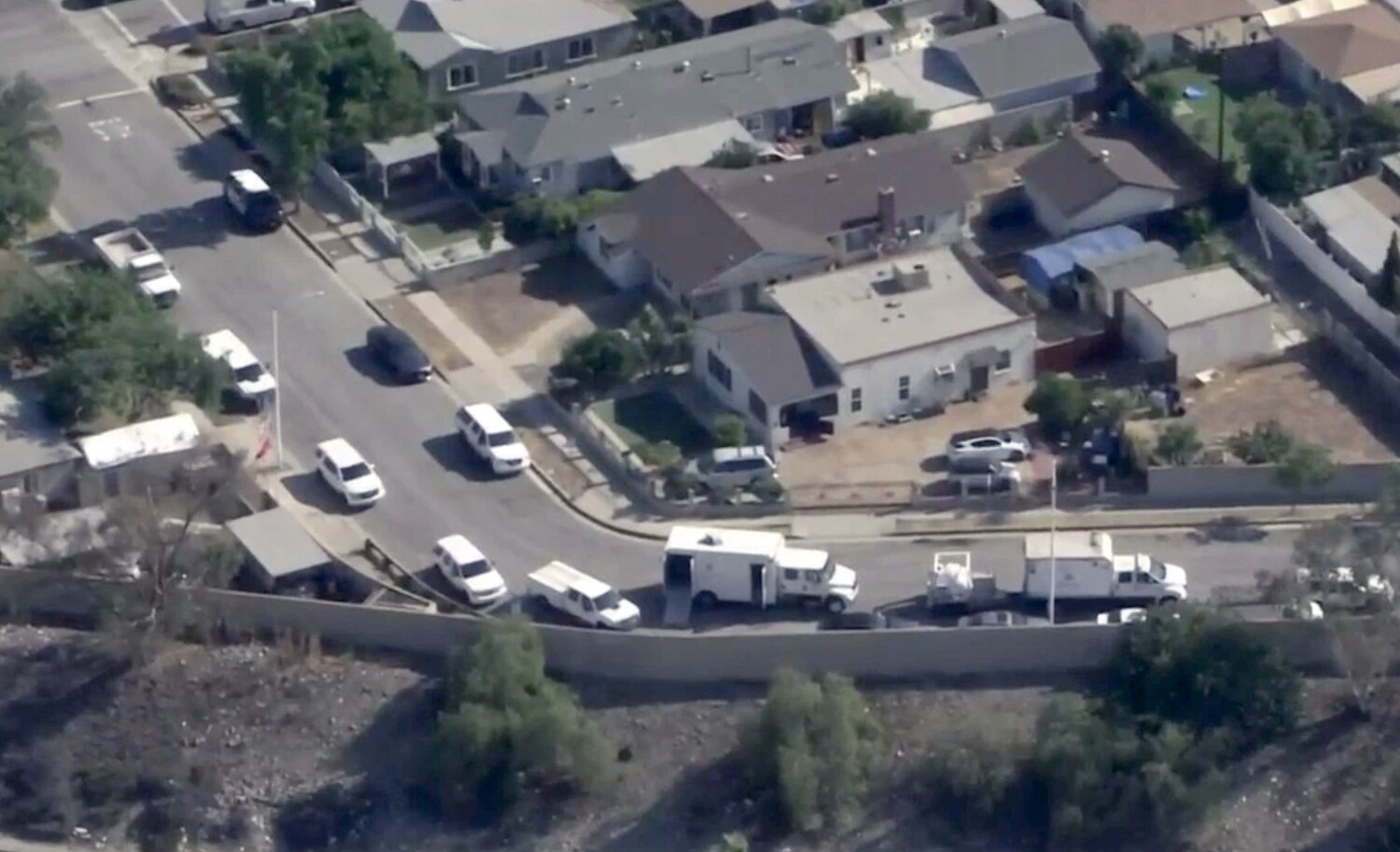 A tip led authorities to a stash of 14,000 pounds of illegal fireworks in Azusa just days before the Fourth of July, the Los Angeles County district attorney’s office announced this week.

The fireworks were being stored at a home and storage facility, where investigators with the D.A.s office, the Azusa Police Department and the L.A. County fire and sheriff’s departments also found more than $10,000 in cash and an illegal firearm during an operation on Monday.

Twenty-seven homes were evacuated from the 900 block of West Hollyvale Street on Monday afternoon while the explosives were removed, according to the Azusa Police Department.

The D.A.’s office said one person was detained in connection with the investigation.

Fireworks are illegal in L.A. County’s unincorporated areas and in many of its cities due to “brush fires, house fires, millions of dollars in damages, injuries and even death they may cause,” the D.A.’s office said in a news release about the seizure, adding that residents are encouraged to report any illegal fireworks to law enforcement.

Officials have warned that fireworks are especially dangerous this year because of severe drought conditions, which can enable wildfires to spread quickly.

Some California cities have canceled their fireworks displays this year due to the elevated fire danger, including shows in Lompoc and at Lake Don Pedro.

“I am grateful that we could assist local law enforcement in protecting this community from the potential dangers posed by illegal fireworks,” Dist. Atty. George Gascón said in a statement about the seizure.

Last year, the Los Angeles Police Department came under intense scrutiny over its handling of a fireworks seizure in South Los Angeles, which ended with a large explosion that injured 17 people.

The Sheriff’s Department’s bomb squad worked to remove the fireworks on Monday, according to Azusa police. Residents were allowed to return to their homes around 10:15 p.m.