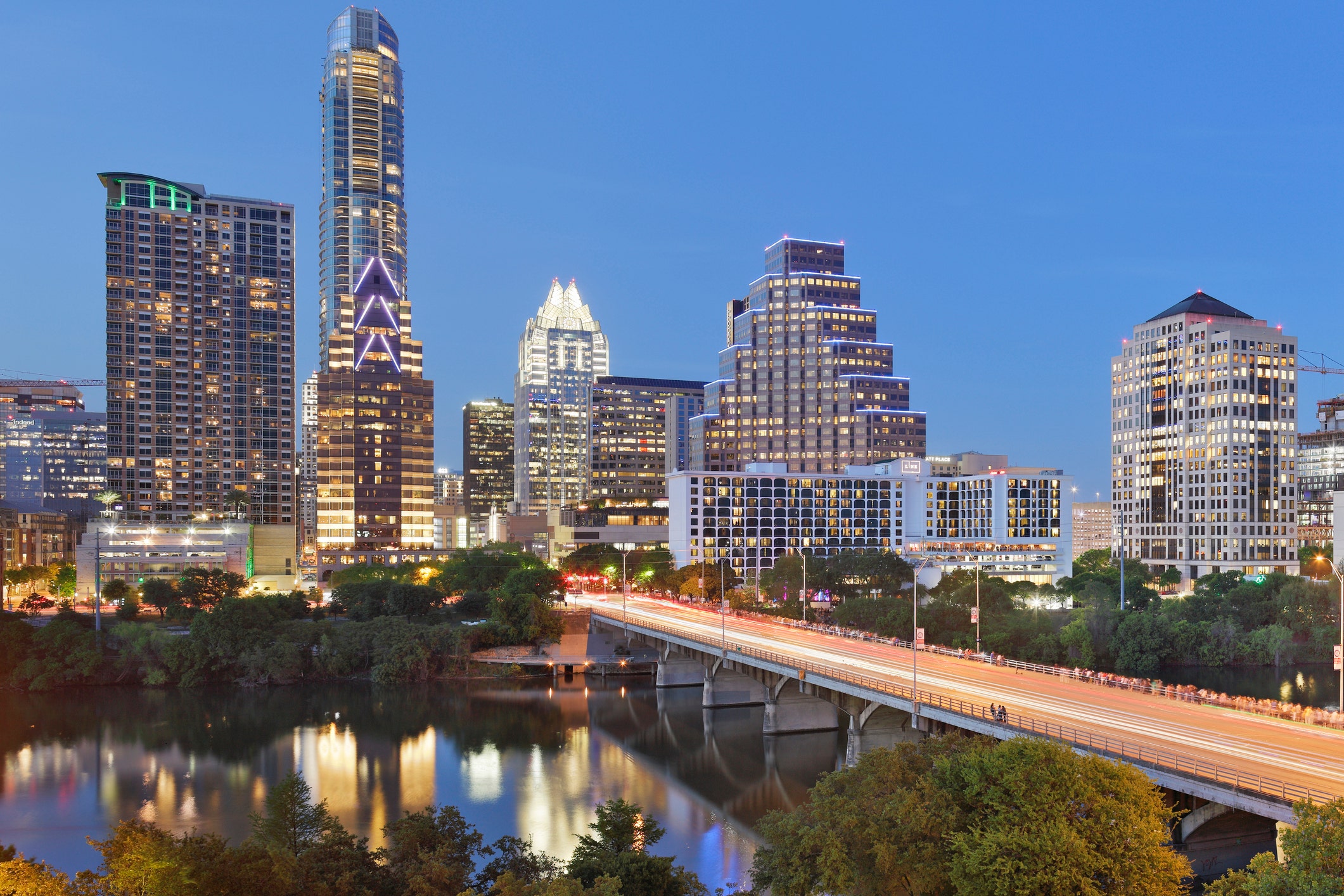 Austin saw three weekend shootings over an 8-hour period, with two in north Austin and one near downtown.

Two of the shootings came in the early hours of Sunday morning. Officers responded to a robbery and shooting around 2:30 a.m. in north Austin that left one subject wounded.

About an hour and a half later, officers responded to a shooting near Austin’s Pleasant Valley neighborhood. One person was transported to a local hospital.

A third shooting earlier in the evening around 8:30 p.m. in north Austin left one man wounded, according to KXAN. He self-transported to the hospital for treatment.

Downtown Austin and the portion of Interstate 35 running through the middle of the city are seen in this aerial image.
(REUTERS/Tina Bellon)

No arrests have been made in any of the incidents.

4 PEOPLE SHOT BY SOUTH BY SOUTHWEST FESTIVAL IN AUSTIN, TEXAS

Austin had a record 89 homicides last year as cities nationwide saw surge a surge in killings, Fox 7 Austin reports. While the total number of homicides set a record, the homicide rate is still lower than it was in the 1980s.

A measure that would have increased police funding and established a minimum of two officers per 1,000 residents was rejected by Austin voters last year.

The Austin Police Department had 200 vacancies at the end of last year, according to the police chief.
(Hunter Davis)

Austin Police Chief Joseph Chacon said in December that the department has 200 vacancies and would need to hire more staff to lower response times.

“To be clear, we don’t have enough officers,” Chacon told the Texas Tribune. “I want more police officers.”

APD saw a flood of officer departures after the city council slashed its funding by about a third in August 2020.