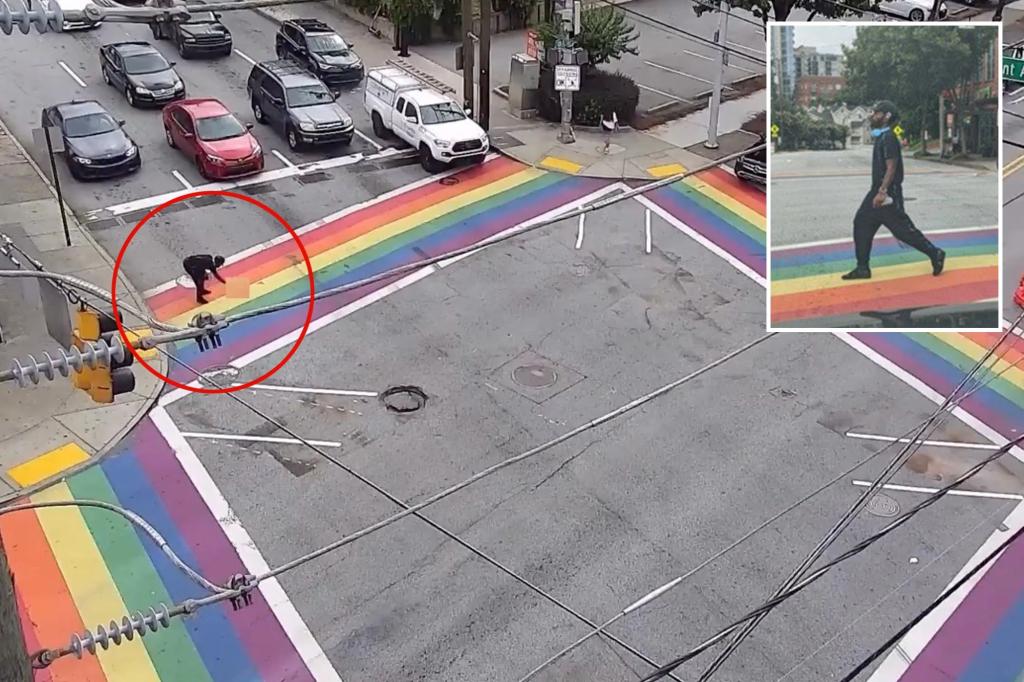 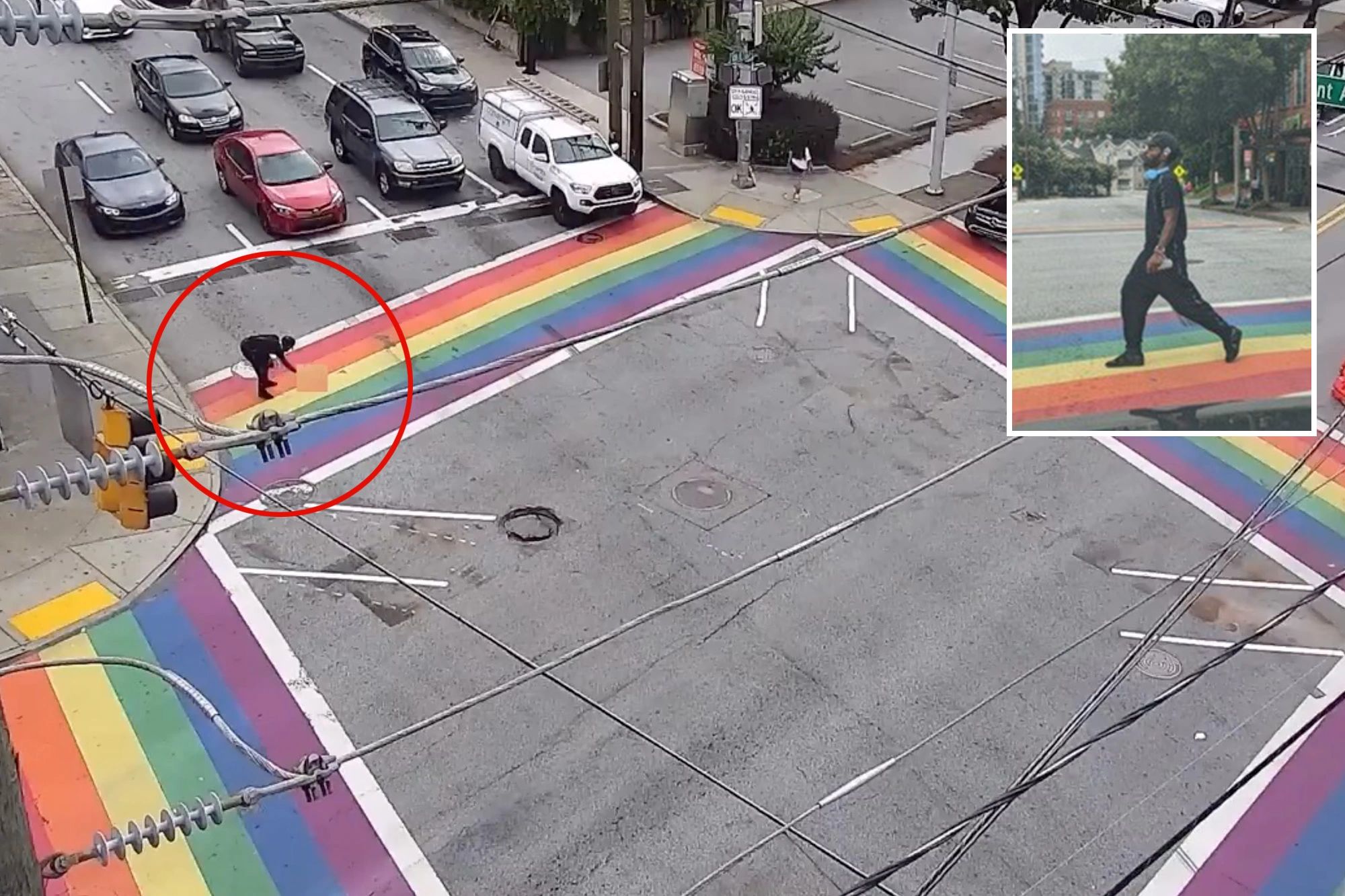 A man accused of vandalizing the rainbow crosswalks in Atlanta with swastikas was arrested following a standoff with police this week.

The suspect is believed to have spray-painted a swastika onto the rainbow crosswalk at 10th Street and Piedmont Avenue on two separate occasions, according to Atlanta police.

Investigators went to the suspect’s apartment at around noon on Friday. A SWAT Team was called in after the man would not respond to officers.

Roads in the area were blocked off as officers attempted to get the man out.

At around 5 p.m., the suspect told law enforcement he was leaving the apartment and he was taken into custody without incident.

The identity of the suspect has not been released. It remains unclear what charges he faces.

The Atlanta Police LGBTQ Liaison Unit was first alerted Wednesday about a “symbol that appeared to be a swastika spray-painted” at the intersection of 10th Street and Piedmont Avenue. Surveillance video showed a man enter the crosswalk and spray-paint a swastika before walking away.

The Atlanta Department of Transportation quickly arrived and cleaned it up. But by early Friday morning, the symbol was on the crosswalk again.

The rainbow crosswalks were painted following the 2016 Pulse nightclub shooting in Orlando, Florida, that targeted the LGBT community.