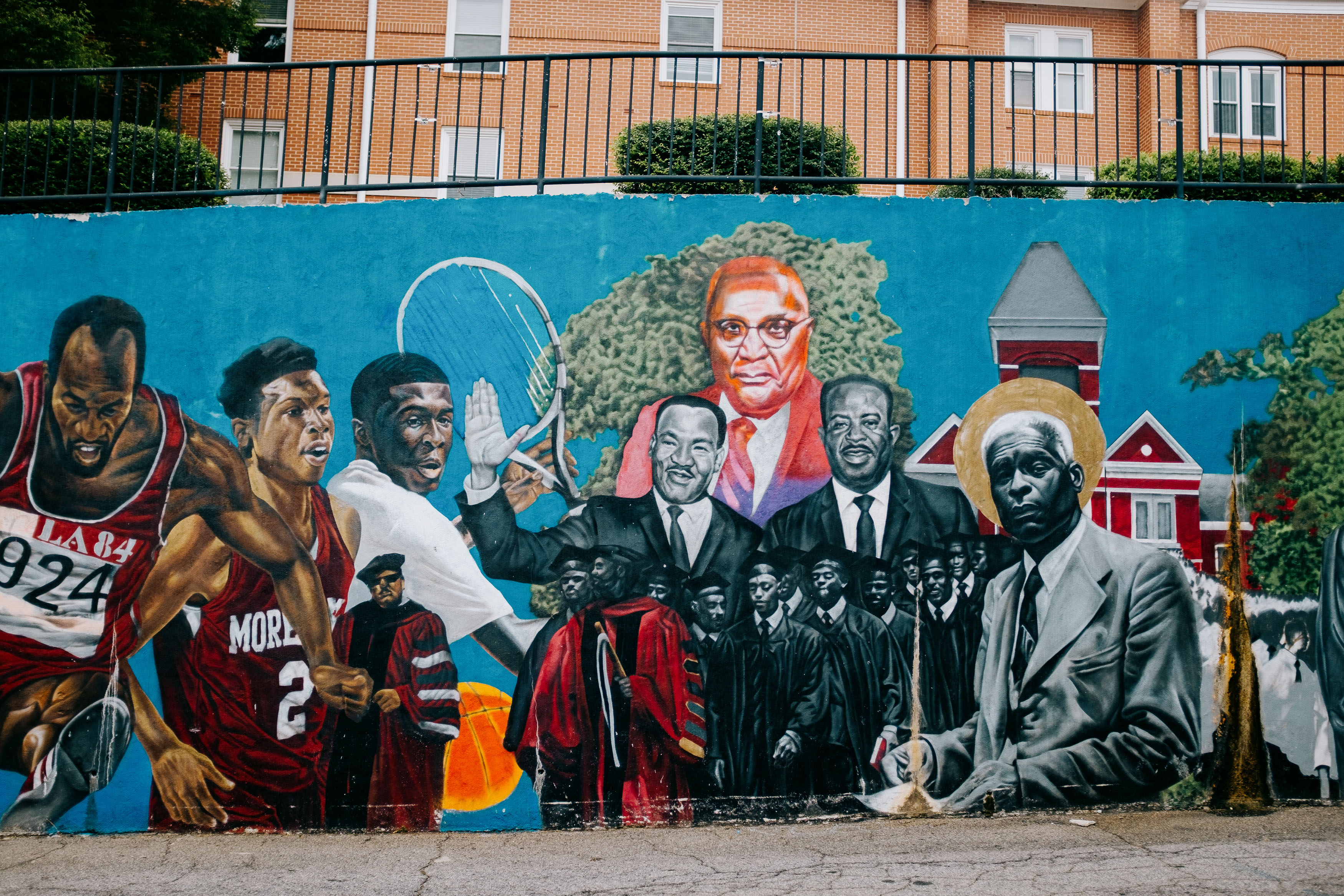 My own family’s story is entangled in that history: My grandfather, Marque Leslie Jackson, was Martin Luther King Jr.’s doctor (he once took out King’s tonsils) and he often threw himself into the activist fray, picketing segregated department stores like Rich’s. Meanwhile, my grandmother’s brother, R.E. Thomas, Jr. (we called him Uncle Edwin) was an attorney who worked to desegregate Atlanta’s public golf courses in a case that went all the way to the Supreme Court. Later, he and his wife, Mamie, helped activists from the Student Nonviolent Coordinating Committee, providing them with food, money and a place to stay. My mom, who grew up with Maynard Jackson (no relation) was a lobbyist for the Georgia NAACP in the ’80s, where she worked under Bond and helped get anti-Klan legislation passed in the Georgia Legislature. I remember her getting death threats.

They never made a big deal of any of it, it was something casually dropped into conversations and then, we moved on. These were just facts of life, nothing more, nothing less.

There’s a dark side to all this Black privilege. The pressure to excel, to constantly surmount, can be too heavy a burden to bear. Some friends, the scions of Atlanta’s Black elite, fell down and didn’t get up, done in by drugs, suicide, despair. Often, there wasn’t a lot of generational wealth to pass down, thanks to a legacy of redlining and discrimination.

And then there’s this: Atlanta is — was — very much a “who’s your people” kind of town.

Privilege, Black privilege, wasn’t exactly a monolith. The Old Guard, from whence my folks sprang, were the products of generations of amalgamation, light-skinned Black folks who got a leg up with on the racial ladder with a combination of industriousness and a well-placed white slave-owning relative or three who (occasionally) bequeathed freedom, land, and if you were lucky, an education, too.

Guarding the gates of the Old Guard were doyennes fixated on color and hair texture and family lineage, passing down that sense of superiority from generation to generation.

So. There was the Old Guard of proper, middle-class gatekeepers like my maternal grandmother, Ruth, “club women” whose mission was to “uplift the race” — while holding the keys to the Black bourgie kingdom in the ’30s, ’40s and ’50s. Think the Links, the Girl Friends, Jack and Jill, the Boule, the Guardsmen, all bastions of Black excellence and Black exclusion. But the ’60s and ’70s brought in the New Guard of Black bourgie-ness, folks who might be of a darker hue, folks who maybe didn’t have a white slave-owning great-great-grandfather who was apparently OK with owning Black folks, but who maybe had enough of a conscience to think that owning your own blood was just maybe kinda messed up, and so they gave their Black kids a little something.

The New Guard might be a little darker, they might not have that white-adjacent-ness, but they had money. They’re the ones who got rich thanks to grit and medical school or a construction company that made a boatload of ducats or a really genius way of designing a funeral home with drive-through viewing. (Yes, that really happened.) And that meant they had money — lots and lots of it — and that brought a certain power that even the color-struck doyennes of the Old Guard could not deny.

Not everyone was hip to — or happy about — this big cultural revolution. Atlanta, after all, was a major strategic city for the Confederacy during the Civil War, and some Atlantans were still fighting that fight. My parents, big proponents of grabbing the best education money could buy, enrolled me at the Westminster Schools on the Northwest side of town. Specifically, Westminster, with its accouterments of privilege (luxe dorms, rolling lawns, Olympic-size swimming pool) was located in Buckhead, home of Old Money and Old Southern families. (That would be the same neighborhood, still the whitest in the city, that in 2022 is trying mightily to secede from the rest of Atlanta.)