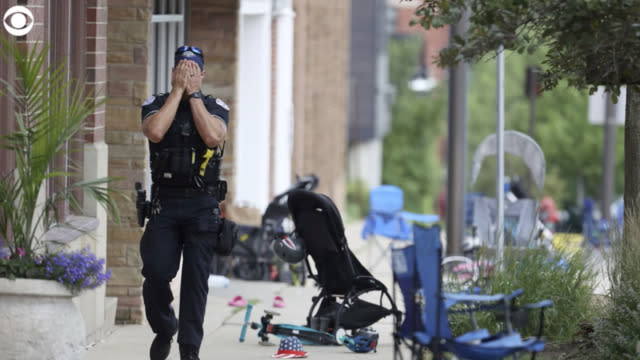 WLS-TV/ABC7 via ReutersIn the moments after a gunman opened fire on a July 4 parade in Highland Park, Illinois, bystanders wasted almost no time rushing to aid the victims.Among them was David Baum, a local physician, who was standing with members of his family just 200 feet from the majority of the casualties, he said.“All of a sudden, you heard these Howitzer-type noises going off. Immediately people started screaming ‘Bodies down, shooter,’ and they all started scattering,” he recalled.“I tol