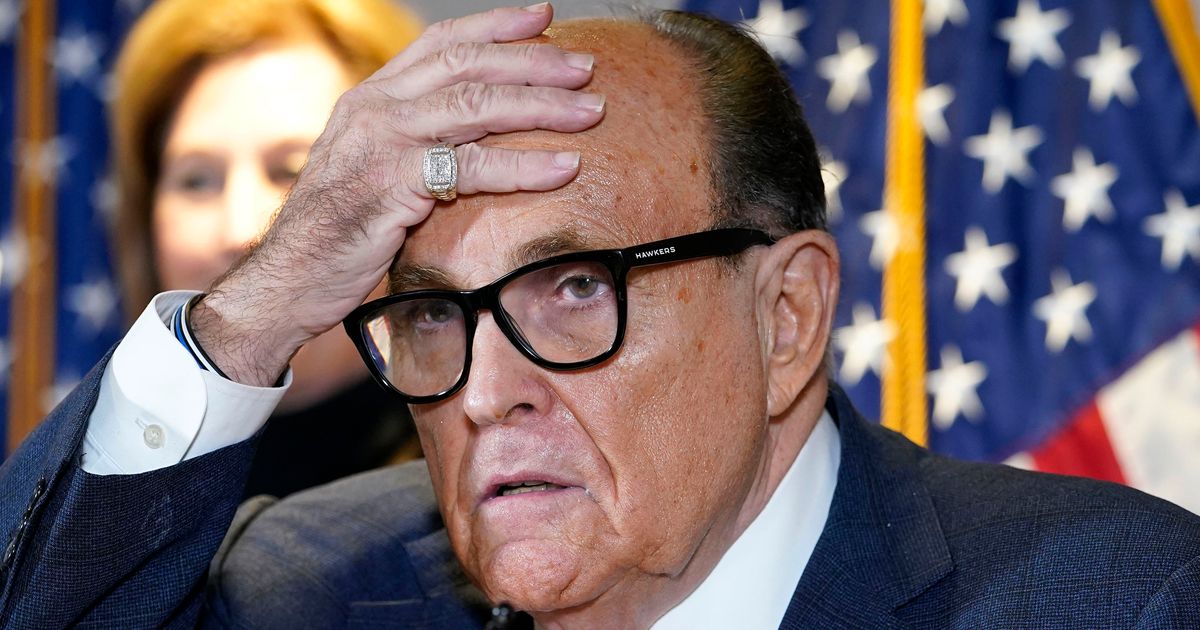 An associate of Rudy Giuliani pleaded in a letter intended for Donald Trump to grant Giuliani a “general pardon” for his activities on behalf of the then-president — and to pay him, according to an upcoming book by journalist Andrew Kirtzman.

Maria Ryan, who co-hosts a radio program with Giuliani, also wrote in the letter that the lawyer was “praying” he would be awarded the Presidential Medal of Freedom in the wake of the Jan. 6, 2021, Capitol riot, The New York Times reported Saturday, citing Kirtzman. The Times obtained an advanced copy of the book “Giuliani: The Rise and Tragic Fall of America’s Mayor,” which is due out next month.

“As you know, he lost his job and income and more defending you during the Russia hoax investigation, and then the impeachment pro bono,” said the letter, according to Kirtzman.

Ryan also sent a bill to then-White House chief of staff Mark Meadows, requesting that $2.5 million be paid to Giuliani for his services, and she be paid $45,000 for herself for “working in the campaign pursuing truth and justice for the president,” the book reported.

It wasn’t clear whether Giuliani played any role in the requests.

Ryan’s letter reportedly never made it to Trump. Giuliani adviser Bernard Kerik was shocked by Ryan’s requests and stopped the letter from getting to the then-president, the book reported.

Robert Costello, an attorney representing Giuliani, told The Hill in an email that “Mayor Giuliani was unaware of those notes, if they exist.”

He “did not authorize or request the notes. The mayor has been consistent that he never asked for a pardon and told President Trump that if he was offered a pardon he would decline it because he didn’t do anything wrong,” Costello added.

Giuliani is currently a target of an investigation by Georgia’s Fulton County district attorney over his role in trying to subvert the election results in the state. He spent hours on Wednesday taking questions before a grand jury in that investigation.