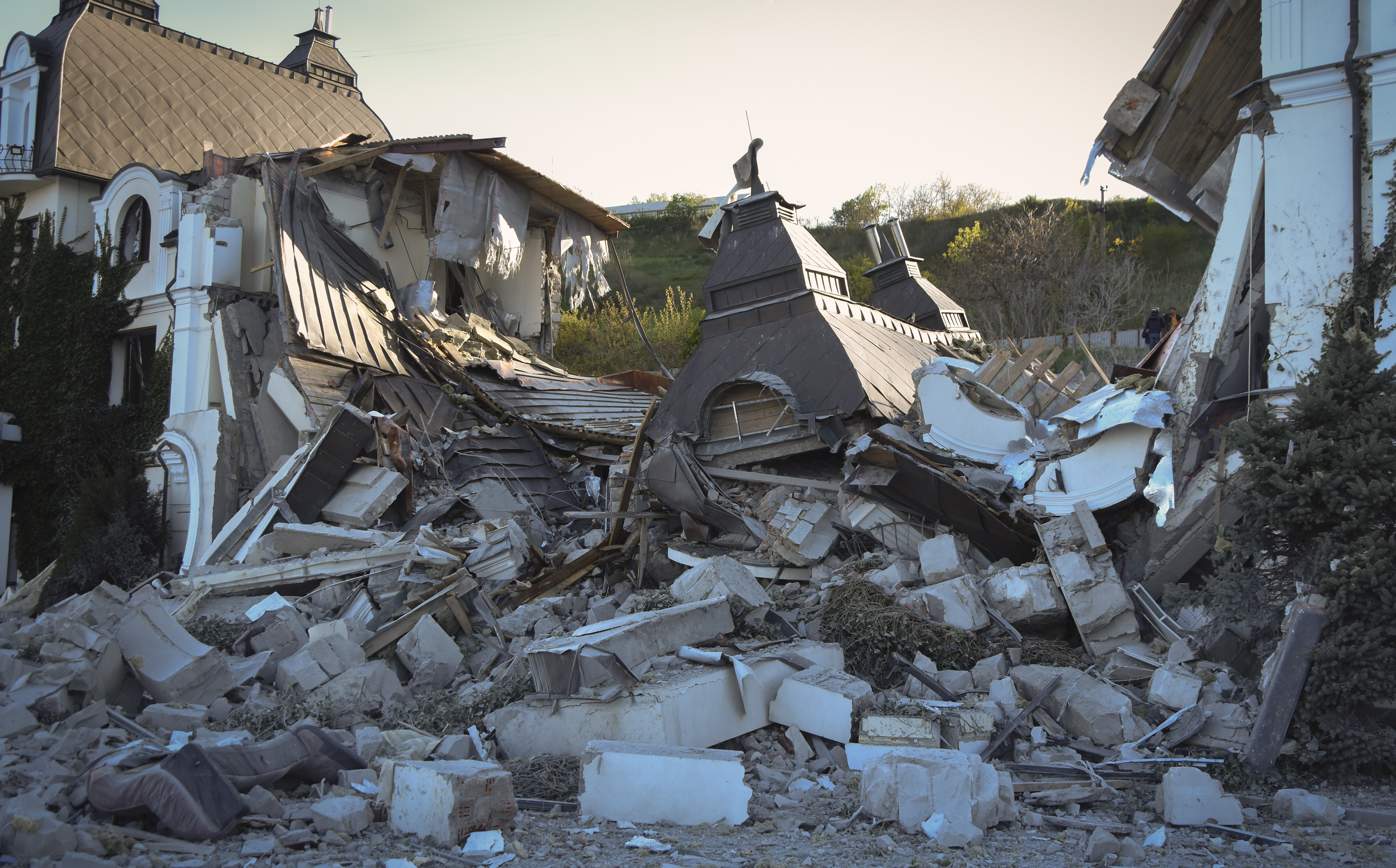 KYIV — Ukraine’s capital is free, for now, of Russian forces bearing down on its borders. But Kyiv Mayor Vitali Klitschko concedes that doesn’t mean everyone can return safely.

It could take “a year” to clean up explosives left in the region, Klitschko recently told a delegation of visiting foreign parliamentarians. Some infrastructure has been decimated. Public transit is missing much of its staffing.

And those are just some of the logistical challenges. There may be Russian “diversion groups” that remain in the capital, according to the mayor, and a lingering risk of rocket attacks.

“I tell to everyone: ‘Please, if you have a chance, stay away right now,’” Klitschko told the policymakers.

Across Ukraine, officials are grappling with a dilemma: They are eager to revive a semblance of normality where possible amid the extreme abnormality of the ongoing war, but in the towns and villages that bore the early brunt of Russia’s onslaught, the catastrophic — and at times indiscriminate — destruction left behind is making that exceedingly difficult.

Standing in a square amid crumbling buildings, Georgiy Yerko, the acting mayor of Borodyanka, a suburb of Kyiv previously occupied by Russian forces, said his town “is slowly coming back to life,” noting 4,000 residents have returned.

But “487 houses have been completely destroyed,” he told the visiting parliamentarians on a recent afternoon, and even more have suffered damage. Experts are working to determine which buildings are safe for residents, he said. Temporary housing will be needed for those who have no home to return to.

It’s part of the multistep recovery and reconstruction path ahead for Ukraine. In the near term, Ukrainian authorities need help to pay salaries and rebuild basic infrastructure. In the longer term, large parts of the country’s economy will need to be reconstructed.

Ukrainian President Volodymyr Zelenskyy said last month that his country needs up to $7 billion per month to make up for economic losses, as well as “hundreds of billions” later on to rebuild and recover from the war.

But with fighting still ongoing, it remains unclear what Ukraine’s needs will be once the war is finally over, and how much its reconstruction will really cost.

The European Union is expected to play a major role in coordinating — and funding — that recovery.

“The restart of the economy as much as possible is crucial,” said Matti Maasikas, the EU’s ambassador to Ukraine.

At the moment, the ambassador told POLITICO, the EU “is doing budget support for the government to function” while “all EU projects and programs have been repurposed.”

Maasikas pointed to the European Investment Bank’s work to make credit available to Ukraine and the EU’s efforts to help Ukraine find ways to export grain while ports remain blocked.

The EU “will take the political lead globally on management of this support for recovery of Ukraine, because despite of the fact that we have a fully operational government, we’re still first and foremost fighting the war,” said Olha Stefanishyna, Ukraine’s deputy prime minister for European integration.

Ukraine’s recovery will broadly have three strands, according to Stefanishyna. The first element is addressing Kyiv’s “gap in liquidity,” she said, describing this challenge as “extremely important at this stage.”

The second strand is the “ongoing recovery” of areas under Kyiv’s control, including the restoration of water and electricity supplies.

The final element, which the deputy prime minister called the “big recovery,” involves plans for individual European countries to take “patronage” and help restore specific areas of Ukraine such as Odesa and Mariupol.

The scale of Ukraine’s recovery needs is unprecedented in the modern area — and the European Commission has acknowledged that its current aid is not enough to cover Kyiv’s short-term needs.

“We have to support them, but I also know that we cannot do it alone,” she stressed.

Von der Leyen proposed putting together “an ambitious recovery package” for Ukraine to address “the existing weaknesses of the Ukrainian economy and lay the foundation for sustainable long-term growth.” She insisted the project would put Ukraine on the path to EU membership.

The Commission chief didn’t, however, provide many specifics. One key question that remains unanswered is how the EU would finance a large-scale rebuilding of Ukraine.

But EU officials are claiming a primary role in coordinating that recovery effort. Speaking in Austria on Saturday, European Budget Commissioner Johannes Hahn said there was a “joint understanding between us and the Ukrainians that on the international side, Europe should be in the lead.”

And short-term support, he added, is now the “top priority.”

It’s all part of some EU leaders’ broader ambition to enfold Ukraine into the bloc.

“Links to the use of the money should help Ukraine to accelerate the European perspective,” Hahn said.