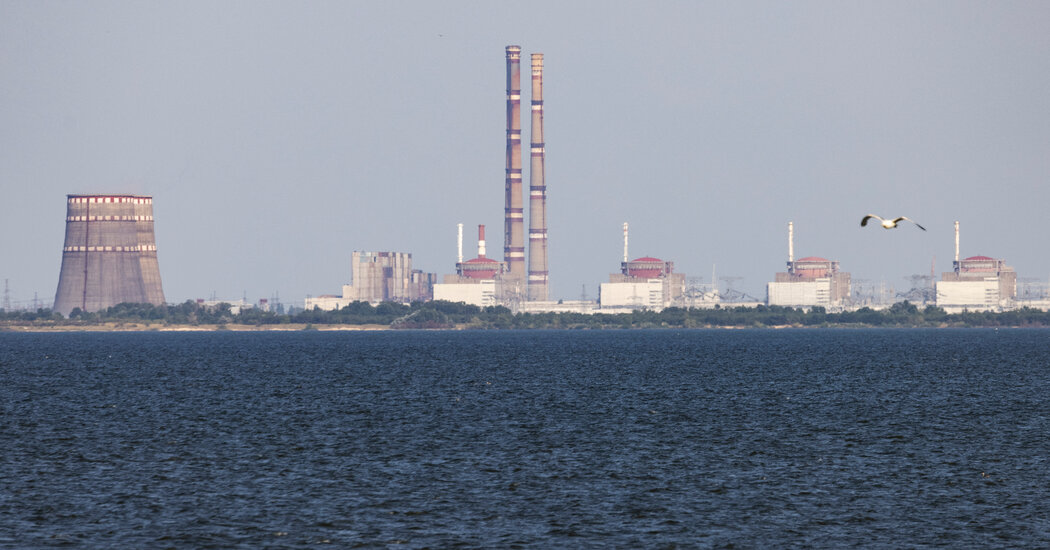 KYIV, Ukraine — Ukraine’s largest nuclear plant was reconnected to the national power grid on Friday afternoon, but its time offline renewed concerns about the safe operation of the plant and the consequences for millions of Ukrainians if there are further interruptions to power.

Ukrainian engineers were able to restore damaged external power lines after repeated shelling on Thursday, ensuring the facility was able to meet its own power needs and continue to operate safely, according to Ukrainian and international officials, but efforts to reconnect it to the grid took longer.

With fires raging around the plant, new shelling in and around the facility on a near daily basis and an exhausted and stressed team of Ukrainian engineers tasked with keeping the Zaporizhzhia Nuclear Power Plant running safely, however, calls for international intervention grew louder.

“Nowhere in the history of this world has a nuclear power plant become a part of a combat zone, so this really has to stop immediately,” Bonnie Denise Jenkins, the State Department’s under secretary for arms control and international security, told reporters in Brussels on Thursday. Russian actions, she said, “have created a serious risk of a nuclear incident — a dangerous radiation release — that could threaten not only the people and environment of Ukraine, but also affect neighboring countries and the entire international community.”

President Volodymyr Zelensky of Ukraine used his nightly address to underscore the risks, saying emergency systems had worked on Thursday, but that, had they failed, the country, and the world, would be contending with a nuclear accident.

And though the immediate threat appeared to have been averted, the disconnection of the plant from the national grid caused widespread power outages across southern Ukraine, adding to the misery wrought by the war. When fully operational, the plant provides electricity for some 20 percent of the country, including roughly four million homes.

The Zhaporizhzhia regional government said that as of Friday morning, energy supplies were “partially restored” from other sources. Residents across the region reported widespread power outages overnight and into the morning.

The plant was reconnected to the Ukrainian grid at 2:04 p.m., according to Ukraine’s nuclear energy agency, Energoatom. The agency, in a statement, praised the workers at the plant who “tirelessly and firmly hold the nuclear and radiation safety of Ukraine and the whole of Europe on their shoulders.”It was not immediately clear how many people were still without power.

Ukrainians in occupied areas are already living under difficult conditions. In eastern Ukraine, Russian bombardments and fierce fighting have destroyed nearly all of the infrastructure needed to provide heat, power and clean water, leading the Ukrainian government to order a mandatory evacuation of the less than 200,000 people still living in the eastern Ukrainian region known as Donbas.

The situation in the occupied south is more complicated. Many of the towns and cities there fell in the first days of the war and were spared the widespread destruction witnessed in the east. But if the nuclear plant were to go offline again, the power for hundreds of thousands living in occupied territories could be compromised.

“The south of Ukraine — the occupied areas — is already in a state of humanitarian disaster,” Mr. Zelensky said. “In addition to all the evil that the occupiers brought there, electricity, water and sewage were cut off.”

Though the plant’s disconnection from the national grid appeared to be the related to nearby fighting, Ukrainian officials have been warning for weeks that Moscow wants to divert the power from the plant for its own needs by disconnecting it from the Ukrainian grid and then reconnecting it to the Russian grid, a potentially complicated process in a war zone that leaves room for an accident.

Ms. Jenkins, the State Department official, said the U.S. is working through the United Nations Security Council to persuade Moscow not to attempt such a potentially risky move.

“We don’t want that to happen,” she said. “We are continuing to talk with Russia and through these Security Council discussions and to impress upon Russia not to do that.”