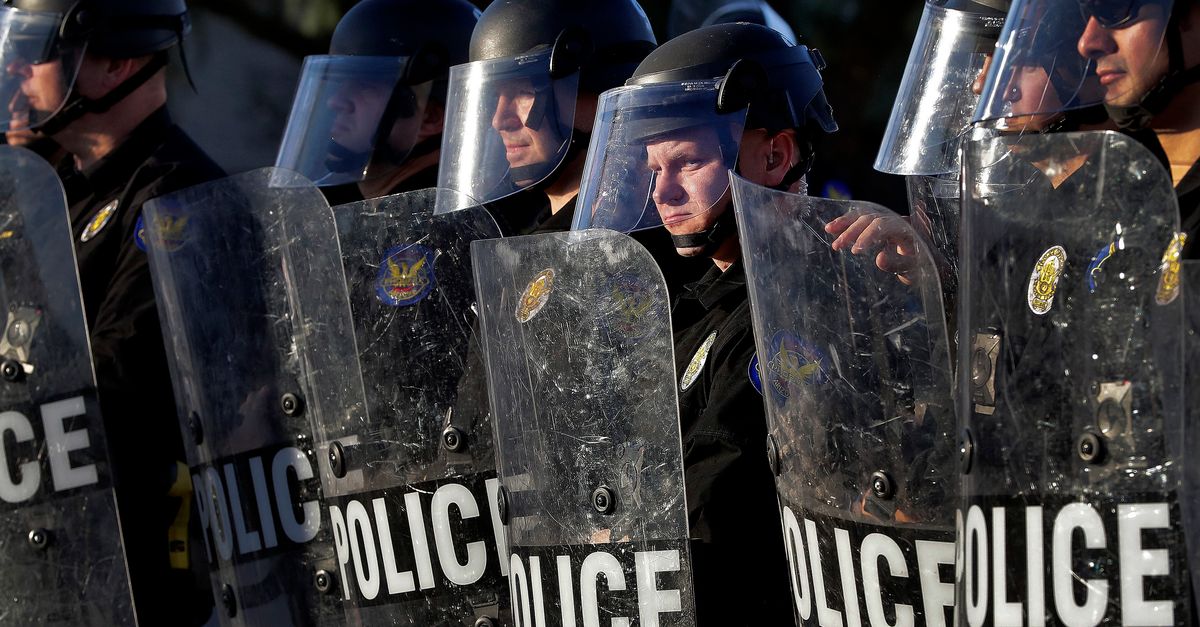 PHOENIX (AP) — A controversial Arizona law restricting how the public can film police faced its first legal challenge Tuesday with a lawsuit filed by the American Civil Liberties Union.

“This law is a violation of a vital constitutional right and will severely thwart attempts to build police accountability. It must be struck down before it creates irreparable community harm,” the ACLU wrote in a statement on its blog.

In the complaint, the group contends the law not only has “blatant constitutional issues” but is too ambiguous in some parts. They are seeking an injunction barring law enforcement and others from enforcing the law.

Brittni Thomason, a spokesperson for Brnovich’s office, declined to comment since the office had not received a copy of the complaint. The Maricopa County Attorney’s Office does not comment on pending litigation, spokesperson Jennifer Liewer said. Penzone’s office did not immediately responded to a message seeking comment.

Bystander cellphone videos are largely credited with revealing police misconduct — such as with the 2020 death of George Floyd at the hands of Minneapolis officers — and reshaping the conversation around police transparency. But some Arizona lawmakers say legislation is needed to limit people with cameras who deliberately impede officers.

The law, signed by Republican Gov. Doug Ducey in July, makes it illegal to knowingly film police officers 8 feet (2.5 meters) or closer without an officer’s permission. An officer can order someone to stop filming even if they are on private property recording with the owner’s consent if an officer finds they’re interfering or deems the area unsafe.

The penalty is a misdemeanor that would likely incur a fine without jail time.

It was crafted by Republican state Rep. John Kavanagh, a former police officer, who argued officers need to be able to do their job without interference. The law still allows people to record police activity from a safe distance, he said.

The original legislation was amended so it applies to certain types of police actions, including questioning of suspects and encounters involving mental or behavioral health issues.

People who are the direct subject of police interaction are also exempted. They can film as long as they’re not being arrested or searched. Someone in a car stopped by police or being questioned can also film the encounter. Kavanagh said these changes were made with input from the ACLU.

In similar cases, six of the nation’s dozen U.S. appeals courts have ruled on the side of allowing people to record police without restriction. Less than a week after the Arizona law took effect, the 10th Circuit Court of Appeals in Denver ruled that a YouTube journalist and blogger’s lawsuit against a suburban Denver police department could move forward. The blogger claimed an officer blocked him from recording a 2019 traffic stop.

The Phoenix Police Department, which oversees the nation’s fifth-largest city, has been criticized in recent years for its use of force, which disproportionately affects Black and Native American residents.

“We fear that, rather than acting as a shield to ensure ‘officer safety,’ this law will serve as a sword to abridge the ‘clearly established’ First Amendment right to video record police officers performing their official duties in public,” Mickey H. Osterreicher, general counsel for the National Press Photographers Association, said in a statement.