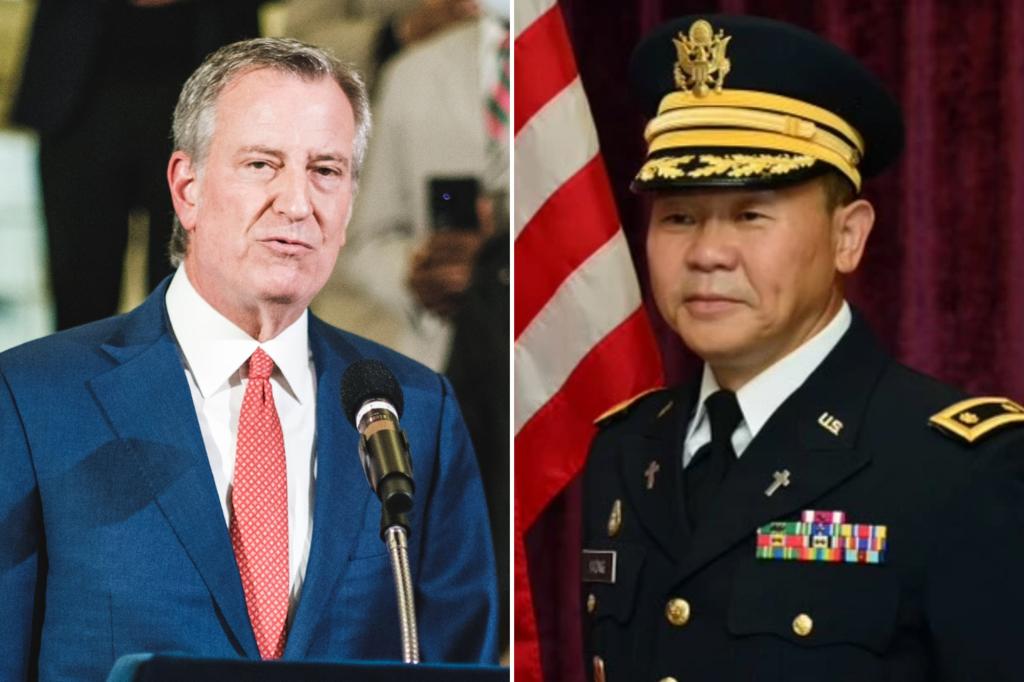 Yan Xiong stood up to the communist government in China as a young pro-democracy Tiananmen Square protester — now he wants to take down former Mayor Bill de Blasio in the race for Congress.

“It would be horrible if Bill de Blasio is elected to Congress,” Xiong told The Post Sunday.

De Blasio last week announced he is running for the 10th District House seat, and so is Xiong.

Nearly 20% of the population in the newly drawn 10th Congressional District is Asian American, taking in Chinatown in Lower Manhattan, as well as the large Chinese immigrant community in Sunset Park, Brooklyn.

“De Blasio ignored Chinatown and Asian American community,” he said. “The Chinese community will not be ignored if I’m elected to Congress.”

On Monday, the aspiring representative will hold a “Stop de Blasio” rally in Chinatown as part of his push for Congress.

“I cannot think of a person more undeserving of the Chinese community’s support and our efforts than Bill de Blasio. Over the last eight years, he single-handedly destroyed Chinatown’s local economy, left us vulnerable to crime and ruined our children’s education.”

Xiong claims de Blasio’s educational policies opposing merit and achievement — by attempting to scrap the admission test to get into the specialized high schools and change the gifted and talented programs — is bad for America. De Blasio sought to change the policies because only a small number of black and Latino students were admitted.

“His policies don’t encourage students to study hard. He doesn’t understand why Asian-American parents care so much about their children’s education. This is good for our nation long-term,” Xiong told The Post.

On another hot-button issue, he also is spearheading opposition to the de Blasio plan to close the notorious Rikers’ Island jail complex and replace it with four smaller borough-based jails, including one in Chinatown.

De Blasio and his nascent campaign had no immediate comment.

The 10th Congressional District was created after maps drawn by Democrats were struck down by the courts for partisan gerrymandering — which Republican critics dubbed the “Hochulmander” because Gov. Kathy Hochul approved them. A court-supervised special master redrew the maps.

Xiong led pro-democracy protests at Tiananmen Square in China as a young college student — drawing the wrath of the communist government. Following the Tiananmen Square massacre in 1989, he fled to the US as a political refugee and joined the Army, serving as a chaplain in Iraq.

“In China, I was a freedom fighter. I joined the Army when I came to America because I wanted to be a freedom defender,” he told The Post.

Recently unsealed criminal cases revealed that the Chinese government had recruited spies to monitor and harass dissidents who escaped to the US following the 1989 Tiananmen Square massacre — including Xiong.

Xiong told The Post in March that he was not afraid when told of the Chinese government snooping on him.

“That’s horrible, that surprises me, I get mad,” he said. “I am American citizen, and US Army veteran for 27 years and I am Christian pastor. I have nothing to do with them.

“I experienced the Iraqi battlefield, so I have no fear,” he added, of their plans to hurt him. “God forbid.”