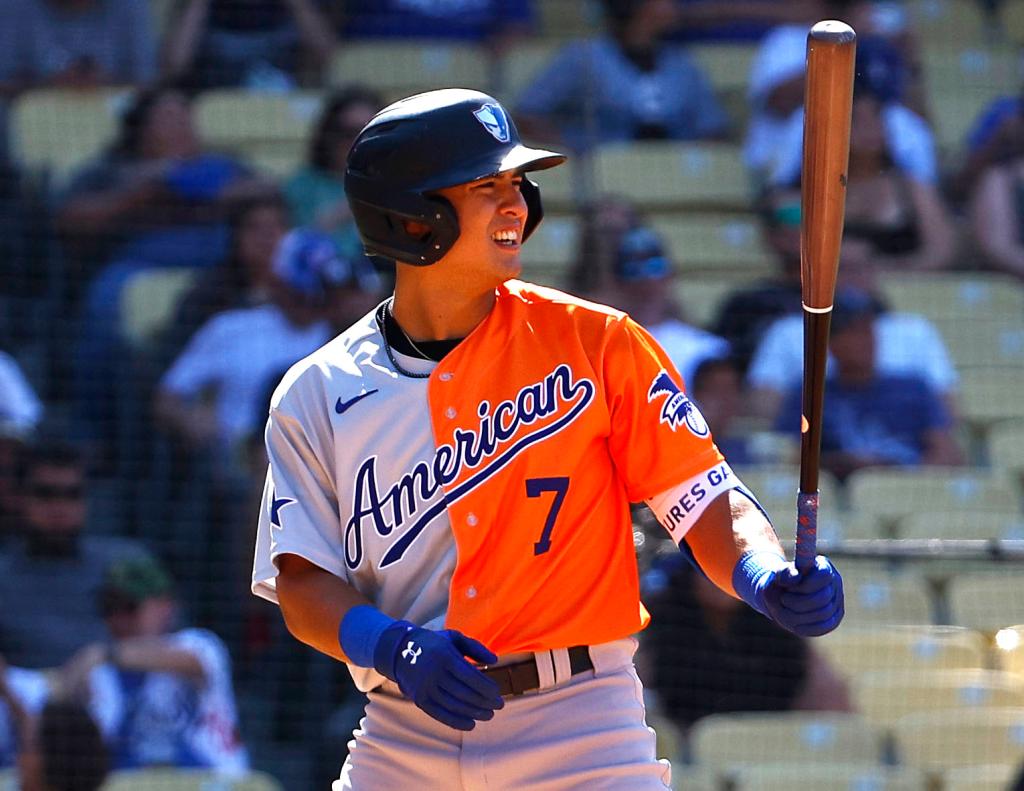 A Yankees top prospect’s call to the majors had led to a promotion for another top Bombers’ prospect.

Anthony Volpe — the top prospect in the Yankees’ organization — was promoted to Triple-A Scranton/Wilkes-Barre on Thursday, sources told The Post’s Dan Martin. This came after the Yankees called up Oswald Peraza, the team’s No. 3 prospect, to the major leagues, with rosters expanding to 28 for the final month of the regular season.

The former Delbarton, N.J. shortstop has had a strong season with the Double-A Somerset Patriots after a slow start.

A diehard Yankees and Derek Jeter fan, Volpe got to play in the Futures Game in July during All-Star Weekend at Target Field in Minnesota. It was the same stadium in which he attended the 2014 All-Star Game to watch his idol Jeter play his final Midsummer Classic in 2014.

“It’s not too often you get to play against the best of the best, so I’m really excited,” Volpe, the No. 5 prospect in baseball, according to MLB.com, said before the game “So far it’s been crazy. It’s something I’ll remember for the rest of my life.

“It’s a huge honor to be representing the Yankees.”

As for the 22-year-old Peraza, he received the news when he was pulled in the middle of Triple-A Scranton/Wilkes-Barre’s game Thursday. Earlier in the game, he had hit his 19th homer of the season.