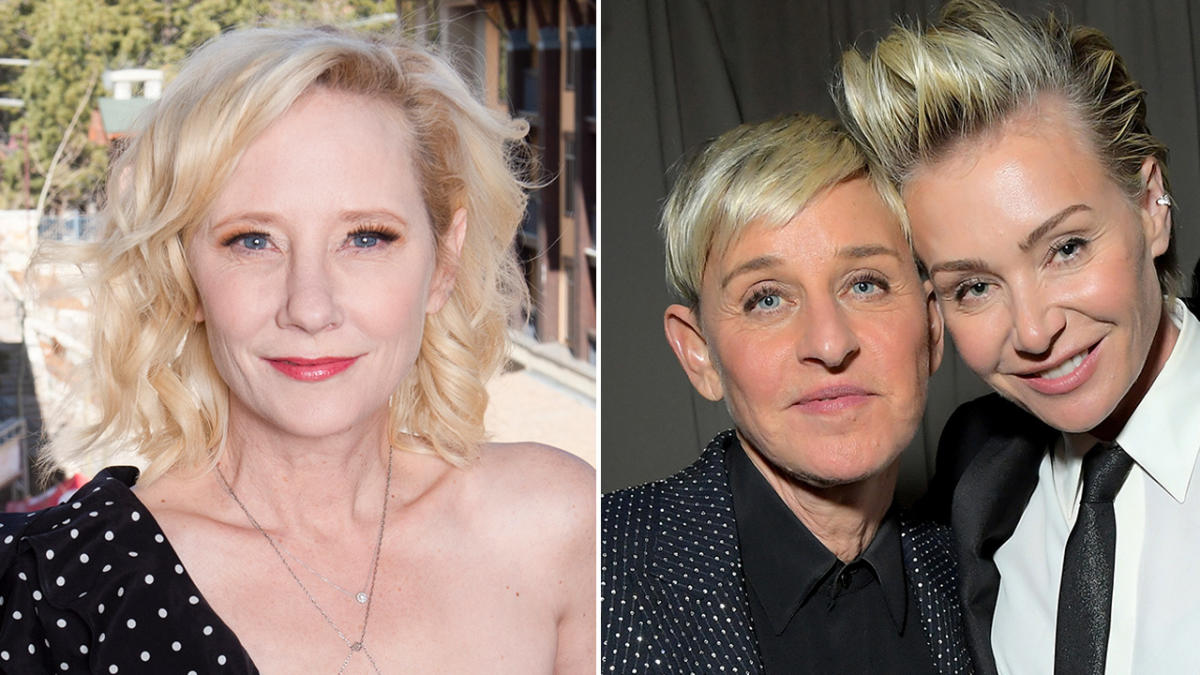 Anne Heche recalled telling Portia de Rossi not to pursue her ex-girlfriend, Ellen DeGeneres, during a 2021 episode of her “Better Together” podcast with Heather Duffy.

In the YouTube video, Heche remembered how she “warned” de Rossi against beginning a relationship with the comedian. Heche and DeGeneres dated for three years before a public break up in 2000, where the actress suffered a mental health breakdown hours after the relationship ended.

“By the way, I warned her,” Heche told Duffy. “Portia even asked me about Ellen.”

She continued: “Portia came to my wedding [to ex-husband Coleman ‘Coley’ Laffoon in 2001] because I was on ‘Ally McBeal’ with her. Portia even said, ‘I’m gonna go after Ellen.'”

At the time of Heche and DeGeneres’ relationship, they were known for being a pivotal part of the LGBTQ community as one of Hollywood’s few openly gay couples.

“You won’t be the poster child, girl, because guess what, that poster child has already been taken,” Heche said. “And by the way, it wasn’t a great spot. But, yours ain’t gonna be any easier.”

ANNE HECHE’S RELATIONSHIP WITH ELLEN DEGENERES: A LOOK BACK

“I have been canceled since the day I was born,” Heche said as she defended her “truth” in the relationship.

Finding humor in her past, Heche joked: “I realized that Ellen drove a Porsche… and then she married one. All she used to do was drive Porsche’s and she collected them and I just thought it was so stupid because they were so loud.”

Heche told Page Six last year that the failed relationship not only blacklisted her from Hollywood, it also “canceled” her from the entertainment industry for a decade.

“I didn’t do a studio picture for 10 years,” she said of the fallout. “I was fired from a $10 million picture deal and did not see the light of day in a studio picture.”

DeGeneres, for her part, celebrated her 14-year wedding anniversary to de Rossi on Tuesday, and wrote in an Instagram post: “It’s good to be loved. It’s profound to be understood.”

Anne Heche’s death was ruled an accident Wednesday, according to a report released by the Los Angeles County Medical Examiner-Coroner.

The late actress died of “inhalation and thermal injuries,” and the manner of death was listed as an “accident.”

The report also listed a “sternal fracture due to blunt trauma” under “other significant conditions,” with her death noted on Thursday, Aug. 11.

Only one of five manners of death can be listed on a coroner’s report: homicide, suicide, natural, accident or undetermined.

California state law requires the medical examiner-coroner to investigate all sudden deaths related to suicide, homicide or accident, per the Centers for Disease Control and Prevention.

The New York Times Bestselling author was “peacefully taken off life support” on Sunday, Aug. 14, after being declared brain dead two days earlier. She is survived by her son, Homer, with ex-husband Coley Laffoon, and son Atlas with her former partner, James Tupper.

LAPD dismissed the investigation into the car crash following her death.

Heche found small-screen success on soap operas in the ‘80s and portrayed twins on “Another World,” which earned her a Daytime Emmy Award and two Soap Opera Digest Awards.

She rose to fame in the late ‘90s for her starring roles alongside Johnny Depp in “Donnie Brasco,” with Harrison Ford in “Six Days, Seven Nights” and in Gus Van Sant’s remake of “Psycho.”