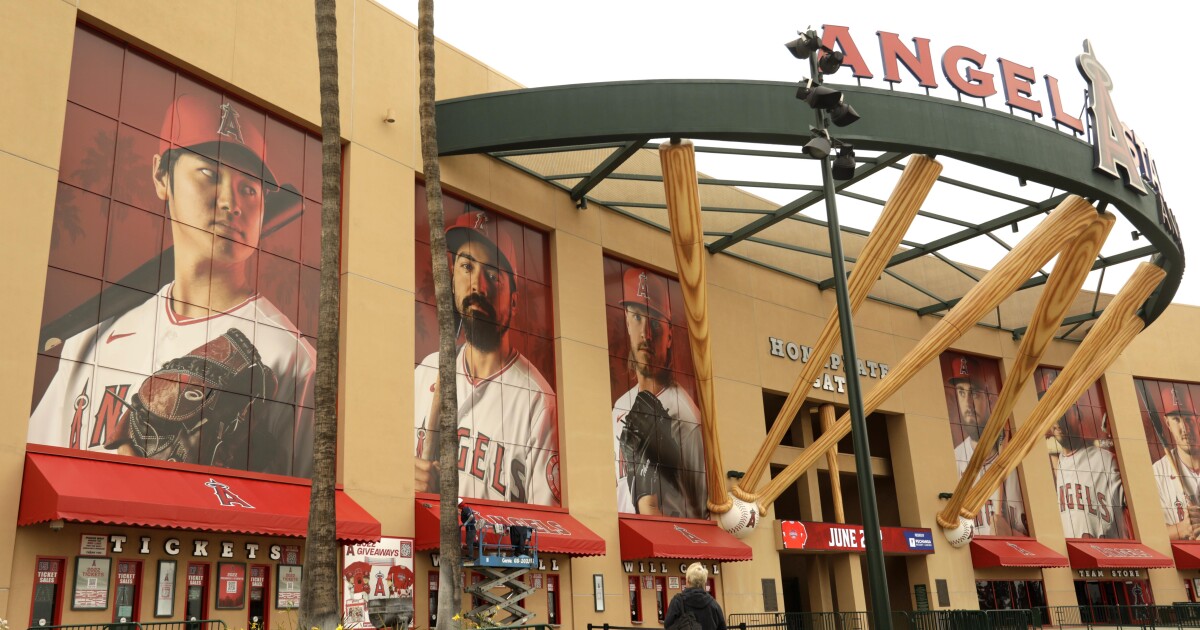 Three days after the Anaheim City Council unanimously voted to kill the Angel Stadium sale, the Angels agreed Friday not to contest the decision.

“We believe it is the best interest of our fans, Angels Baseball, and the community to accept the City’s cancellation,” Angels spokeswoman Marie Garvey said in a statement.

In a letter to the Angels this week, Anaheim city attorney Robert Fabela had asked the Angels to “join with the City in acknowledging that the [sale agreement] is void” and put the team on notice to preserve related documents in the event of litigation.

In a statement, Anaheim mayor pro tem Trevor O’Neil saluted the Angels for their cooperation.

“We welcome and thank the Angels for their mutual understanding of what is called for in this moment,” O’Neil said. “It is the right thing to do.

“But a long-term plan for the stadium site and baseball in Anaheim are still opportunities we want to explore. We will continue working to get past this moment with the door open for a fresh start when the time is right.”

It is unclear whether Angels owner Arte Moreno will engage in a new round of stadium negotiations. The city has told Moreno a stadium deal was done twice within a decade, only to see each deal collapse.

The Angels remain bound to play in Angel Stadium through at least 2029, and they have the right to extend their tenancy as far as 2038.

Long Beach already has invited the Angels to renew discussions on a waterfront ballpark there, and the team surely will receive expressions of interest from places in Southern California and perhaps beyond. The site for development, which would have paid for a new or renovated Angel Stadium, is three times as large in Anaheim as it is in Long Beach.

However, the Angels’ statement Friday made no mention or promise of future negotiations.

Mike Lyster, the spokesman for the city, said Anaheim would return the $50 million Moreno had put into escrow, under a provision of the agreement that allows him to recover any such money should the city walk away from the deal before closing.

In 2019, the city and the Angels agreed on a sale later valued at $320 million — $150 million in cash, the rest in development credits to entice Moreno to include affordable housing and parkland within the 15-acre project. The agreement would have anchored the Angels in Anaheim through at least 2050 and could have provided the city with a projected $650 million in tax revenue over 30 years, as homes, shops, restaurants, hotels and offices sprouted atop the stadium parking lot.

On May 16, however, an FBI affidavit alleged that Anaheim mayor Harry Sidhu had disclosed confidential information about the city’s land appraisal to the Angels — at a time the city was negotiating against the Angels — in the hope of securing a million-dollar campaign contribution from the team.

Sidhu’s attorney denied that claim, but Sidhu resigned as mayor Monday. On Tuesday, the city council killed the deal.

In Fabela’s letter to the Angels, the city took the position that the fraud alleged in an FBI affidavit rendered the sale agreement “void as a matter of law and public policy.”

With Friday’s decision, what could have been years of litigation between the city and team appears to have been avoided.

“For almost a decade now, Angels Baseball has been working with the City to be able to continue to deliver a high-quality fan experience at Angel Stadium and create certainty on the team’s future in Anaheim.

“There has been a lot of misinformation and falsehoods stated throughout this process and we want to be clear: we negotiated in good faith with all elected officials and City staff and created a fair deal that was good for Anaheim and Angels Baseball.

“Given that the City Council unanimously voted to cancel the stadium land agreement, we believe it is the best interest of our fans, Angels Baseball, and the community to accept the City’s cancellation. Now we will continue our focus on our fans and the baseball season.”