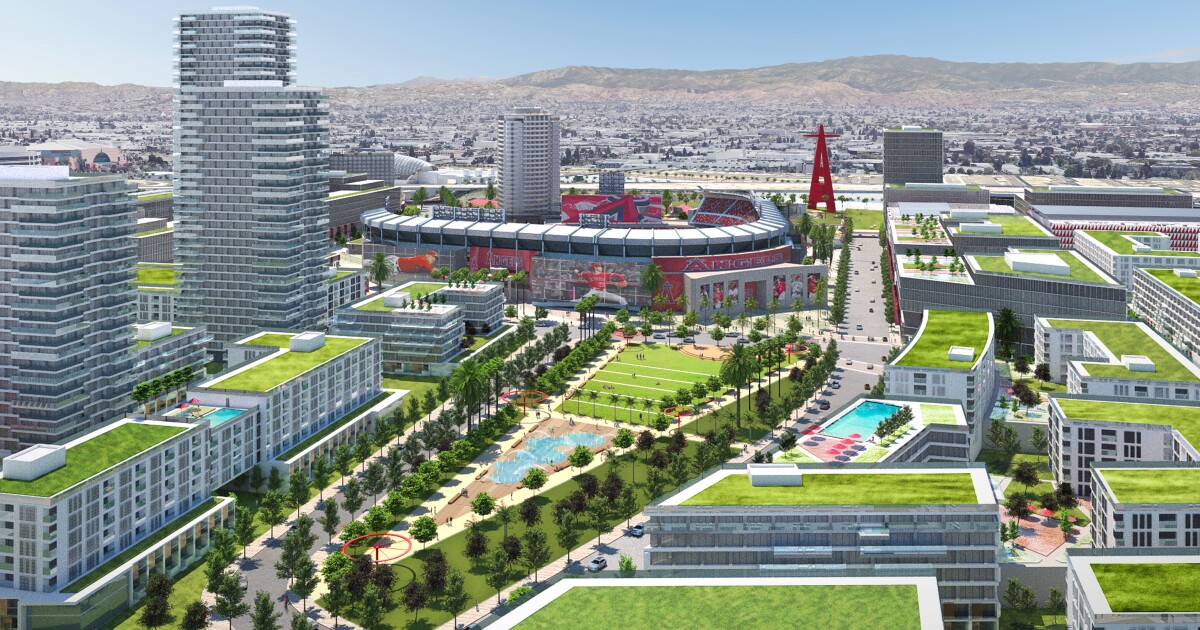 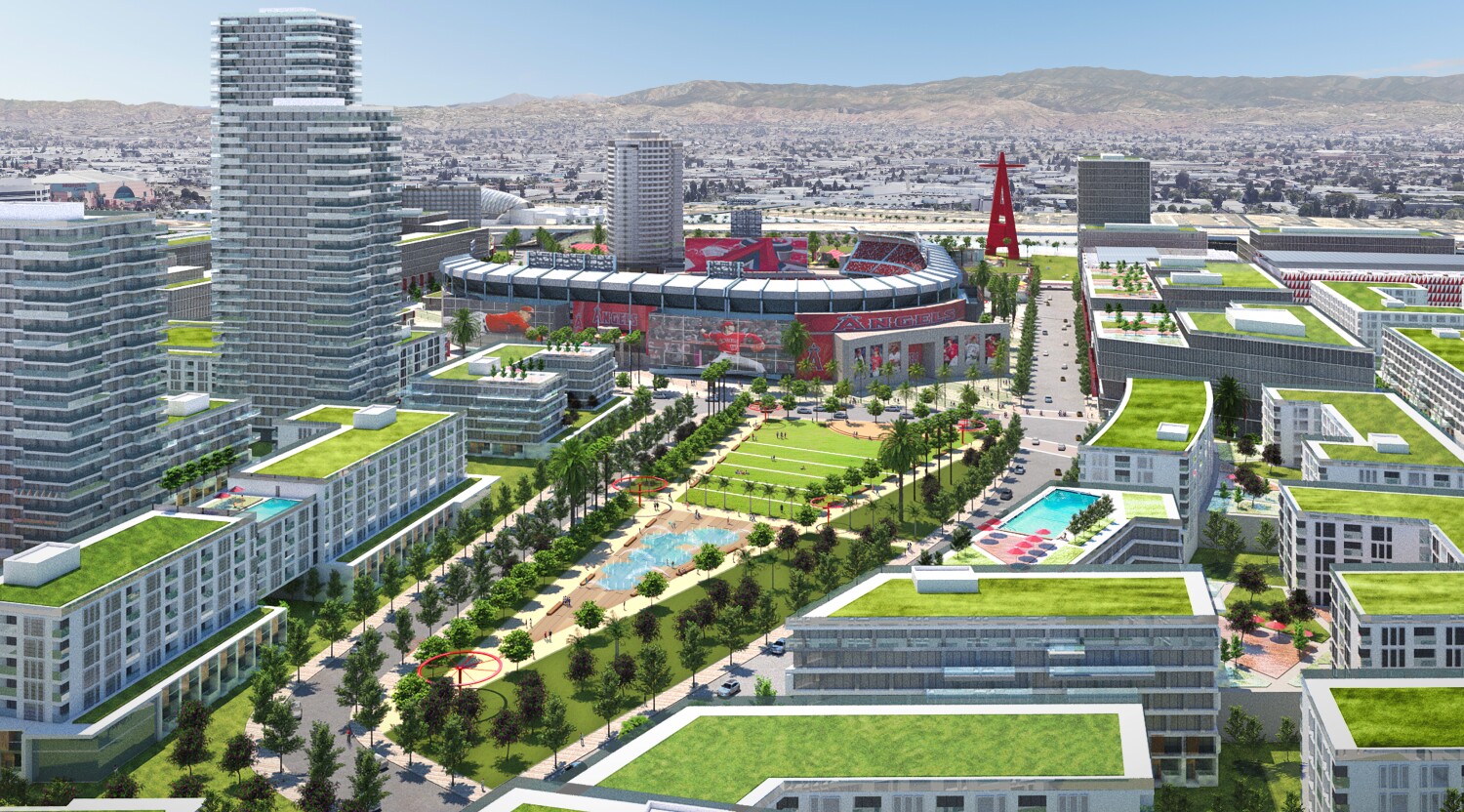 In order to preserve the Angel Stadium land sale, the city of Anaheim made a deal last week. Angels owner Arte Moreno agreed to pay $96 million to the city, which would use that money to fund affordable housing projects elsewhere in Anaheim.

This week, what Anaheim gave up in the deal became clear: Of every five units of affordable housing Moreno had committed to include in developing the Angel Stadium parking lots, he no longer has to build four of them.

The state housing agency said Anaheim had violated California affordable housing law by not making the lots available to affordable housing developers. The $96 million represented the amount of the fine — 30% of the $320-million sale price — for which Anaheim would have been liable, in the absence of the settlement with the state.

Under the original terms of the sale, the city credited Moreno’s development company with $124 million — essentially, a rebate — toward the inclusion of 466 units of affordable housing on the site. Now, with Moreno paying back about 80% of the rebate in cash, he no longer is required to build about 80% of those units.

According to a revised development agreement released by the city, Moreno’s company would build either 84 or 104 of those units, depending on the income levels needed to rent each unit. The agreement must be approved by the city’s planning commission and the City Council.

Under the terms of the revised agreement, Moreno’s company has 25 years to build the affordable homes. If the company does not, the city cannot recover the $28 million still credited to the company but can withhold approval for other projects within the development, which is anticipated to be completed in 30 years.

The original agreement called for Moreno’s company to build the affordable housing sooner and pay back the $124 million in credits if it did not.

Housing that can be rented or sold at market rate makes more money for developers than housing where rent is limited by affordability guidelines.

The city hopes the $96-million settlement can be used to build approximately 1,000 units of affordable housing in Anaheim, but not at Angel Stadium. The money must be spent within five years, meaning the city believes it can deliver more affordable housing under the settlement than under the original agreement with Moreno’s company, and more quickly.

However, as city staffers said at last week’s council meeting, building so many units would mean the $96 million would seed a project that would require additional government funding, tax credits and other incentives.