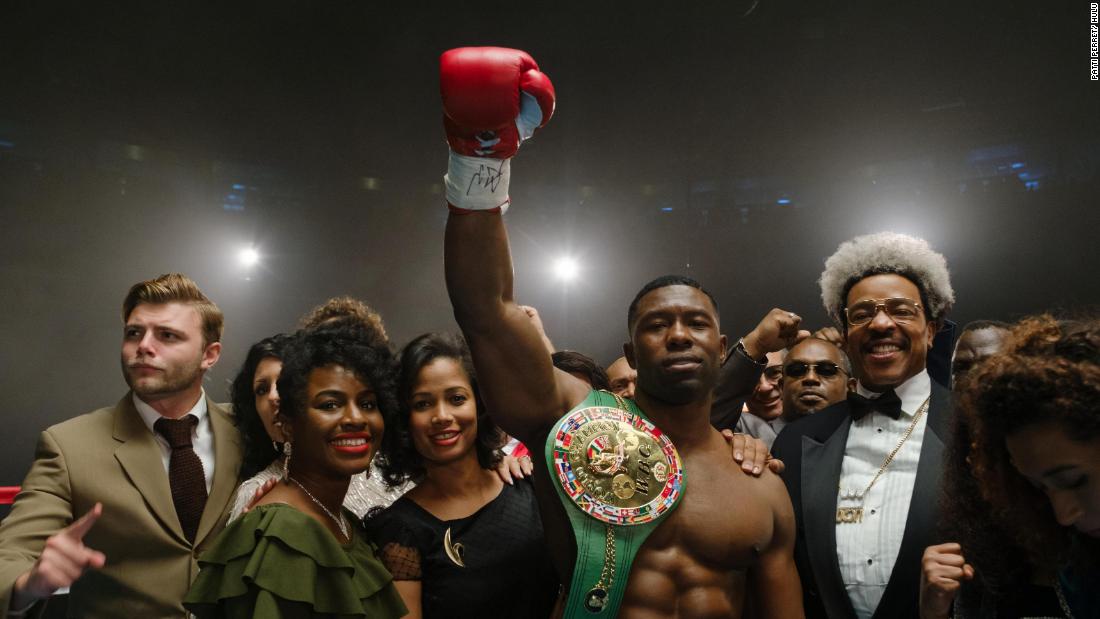 And if you don’t have children, have you checked off all of your summer travel plans? Or perhaps you didn’t go anywhere further than your local green market. That’s perfectly fine because home is where the heart is — so let’s love on some new content.

The titular subject of this new Hulu show is Mike Tyson, though the streamer says the limited series also “examines class in America, race in America, fame and the power of media, misogyny, the wealth divide, the promise of the American Dream and ultimately our own role in shaping Mike’s story.”
“Mike” chronicles Tyson’s rise from a teen who committed petty crimes to boxing champion, as well as his past legal controversies — in 1992, Tyson was found guilty of rape, and was sentenced to six years in prison (though he served less than three). And in case you had not heard, Tyson is not at all happy about the project.

The first two episodes of “Mike” are streaming now.

So imagine my glee when Netflix announced a spin-off of the popular real estate series “Selling Sunset.”

This reality series still follows the Oppenheim Group — headed by twin brothers Jason and Brett Oppenheim — but focuses on the firm’s second office in Newport Beach in California’s Orange County, which means new realtors, new drama and new multimillion homes to lust over.

And it’s not just their mega-mansions. I feel zero shame when it comes to my obsession with the wealthy.

Enter a new season of “House of Ho,” which centers around a Vietnamese American family — led by patriarch Binh Ho and his wife, Hue Ho, immigrants who built a multimillion dollar real estate and banking empire in Houston.

Season two introduces some new cast members from the broader family tree, including more cousins, some future in-laws — and some of their families, too. That means there’s plenty of opportunities for more conflict and snark alongside the luxury we have come to love.

The first three episodes are streaming on HBO Max (which is owned by CNN’s parent company, Warner Bros. Discovery).

Two things to listen to

‘God Did’ by DJ Khaled

DJ Khaled is releasing his 13th studio album, “God Did,” and the uber-producer sounds more excited about the new project than his listeners.

Understandably so, since earlier this month he shared on Instagram that Jay-Z will be one of the featured artists.

“HOV DID!!! HOV VOCALS IS IN! WOW,” reads the caption for a series of photos, which included his shocked reaction to the cameo.

The pair teamed up before, along with rapper Future, for the 2016 single “I Got the Keys.”

‘Will of the People’ by Muse

Muse is not only releasing a new album, but getting into the non-fungible token game: “Will of the People,” the band’s ninth studio album, is also available as an NFT edition.

That combination of rock music and technology should apparently not come as a surprise. “The band have always been at the forefront of technological innovation in their creativity and artistry,” Sebastian Simone, vice president of audience and strategy at Warner Records in the UK, told The Guardian.

“Will of the People” is also out now.

One thing to talk about

Is August now the new June when it comes to celebrity weddings?

There were plenty of notable folks’ nuptials this month — singer James Bay and music promoter Lucy Smith, former Facebook executive Sheryl Sandberg and Tom Bernthal, and actors Jennifer Lopez and Ben Affleck, who legally wed in Las Vegas in July but held a big ceremony this month at his estate in Riceboro, Georgia.
But the one wedding that warmed my heart the most was that of “Modern Family” star Sarah Hyland and “Bachelorette” alum Wells Adams.

I could tick off a list of reasons why I find this couple adorable, including that they first connected via social media (as did my husband and I — though our meet was on the granddaddy of social media, AOL Instant Messenger). But ultimately, I think I’m just really happy to see anyone who survives Bachelor Nation and finds true love.

Something to sip on

Snoop Dogg is an example to hip-hop artists everywhere.

I’ve often wondered if rappers ever “age” out of the game, given that some of our favorites, like Snoop, are now in their 50s.

But clearly that’s not a worry as he’s still out here making music — in addition to his own discography, he’s long been all over the K-pop scene, having collaborated with BTS members, Psy and Girls Generation, among others. And he’s also making moves.
This month alone, I have reported on a new cereal called “Snoop Loopz” from his company Broadus Foods and the debut of his children’s series “Doggyland – Kids Songs & Nursery Rhymes.” The Doggfather was co-creator of this animated series and laid down vocals for the main character.

Way to expand your empire, Snoop!

What did you like about today’s newsletter? What did we miss? Pop in to [email protected] and say hello!