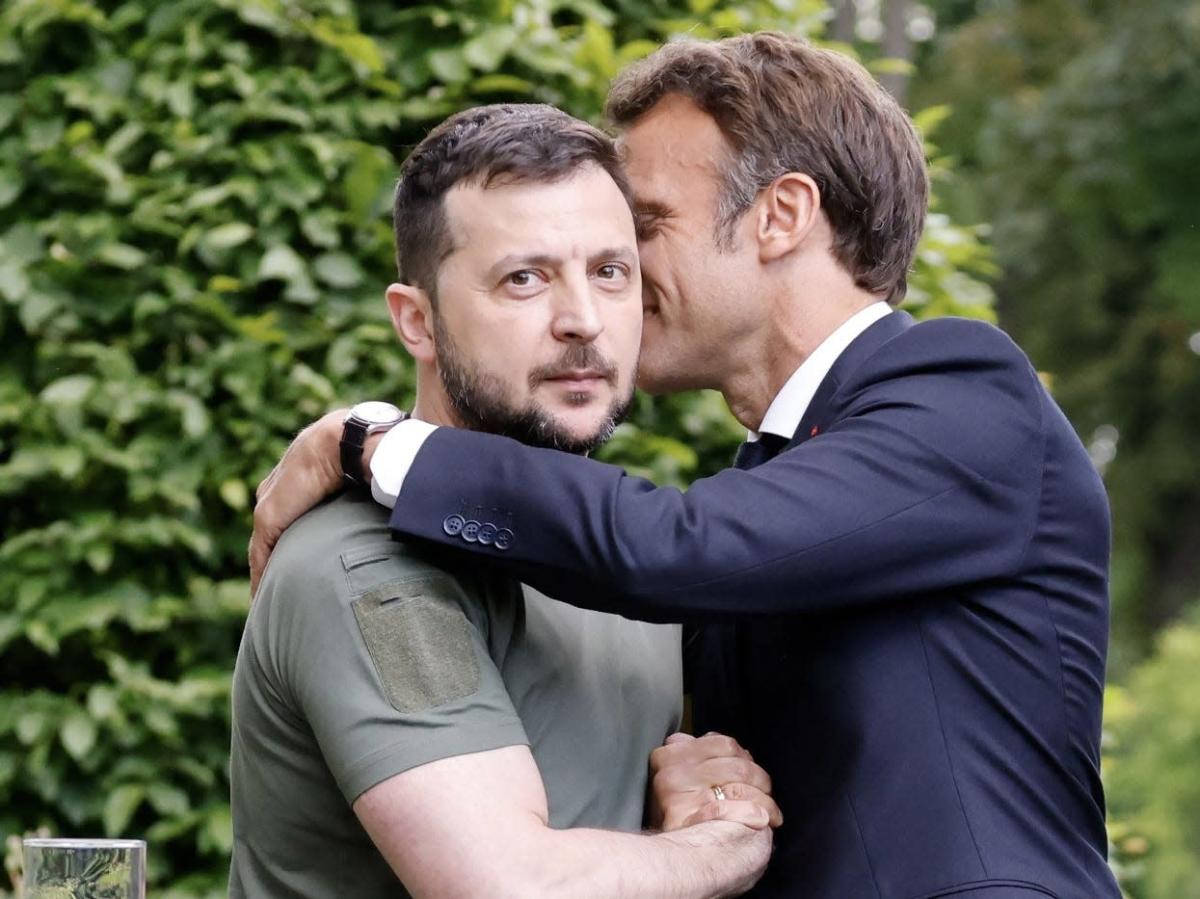 French President Emmanuel Macron swoops in for a warm hug, but his Ukrainian counterpart Volodymyr Zelenskyy appears less than enthusiastic.

That’s what it looks like in a photo of the two leaders, which has since become an instant internet meme.

AFP photographer Ludovic Marin, who took the photo in Kyiv last week, said that Macron was saying something in Zelenskyy’s ear at the time. The two had just concluded a joint news conference alongside other European Union leaders.

“Why is Zelensky looking at us? I don’t know,” Marin commented on the photo, per AFP. “It’s true that there’s a difference in the way they look which is very striking.”

Social media were quick with their jokes about the seemingly awkward moment.

“Find yourself someone who looks at you they way Macron looks at Zelenskyy,” another Twitter user wrote.

“Now I understand why Pres. Putin has such a long table,” another person tweeted in reference to pictures of Putin and Macron sitting at opposite ends of a 13-foot-long table during a February meeting in Moscow.

The photo incident was not the first time the internet has been intrigued by Macron’s interactions with other foreign leaders.

In 2017, the internet went wild over a white-knuckled handshake that Macron shared with then-President Donald Trump. The following year, Macron reportedly shook hands with Trump so firmly that it left an imprint on the latter’s hand.