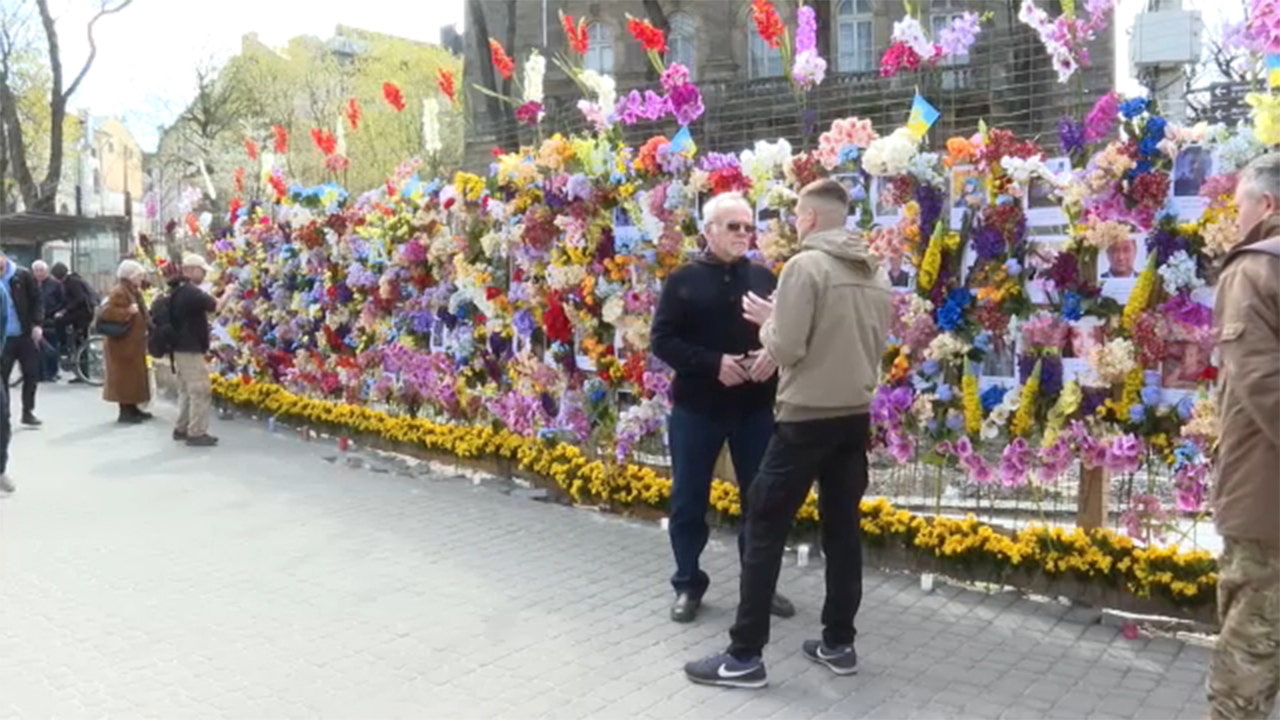 A Florida man by the name of Leo Soto has traveled to Ukraine to create a tribute to those who have fallen victim to Russia’s more than two-month-long war.

Soto brought flowers and pictures to Lviv where he started by creating a wire wall where people could come to see the faces of those who have been killed.

But he said it wasn’t long before locals wanted to do more than just watch.

Leo Soto traveled to Ukraine to create a tribute to those who have fallen victim to Russia’s more than two-month-long war.
(Fox News)

“I actually started by myself putting up the pictures and then all of a sudden a local lady, she saw me, she said, ‘Can I help?’ And then before I knew it, people were just asking to help,” he told Fox News. “Obviously there’s a language barrier, so it’s difficult for me to communicate. But flowers are universal.”

Soto said “hundreds” of people have helped to post pictures and flowers to create the tribute.

“I don’t think I created this memorial,” he said. “Because I just showed up and I started putting [up] the pictures. I brought the flowers, but the people that created the memorial are the community.

Soto started by creating a wire wall where people could come to see the faces of those who have been killed.
(Fox News)

Soto has created similar tributes in areas where disaster has struck, including in Miami after the Surfside building collapse, and in Kentucky, where a tornado hit shortly before Christmas 2021 and killed dozens.

It remains unclear how many have been killed in Russia’s deadly war, but the Office of the U.N. High Commissioner for Human Rights last week recorded 5,121 civilian casualties since the invasion began on Feb. 24.

The U.N. agency warned that it believes the actual casualty count is “considerably higher.”

Ukrainian officials have also said casualties could far outstretch what the U.N. has been able to confirm, with Mariupol Mayor Vadym Boychenko claiming earlier this month that more than 20,000 civilians had been killed in his city alone.