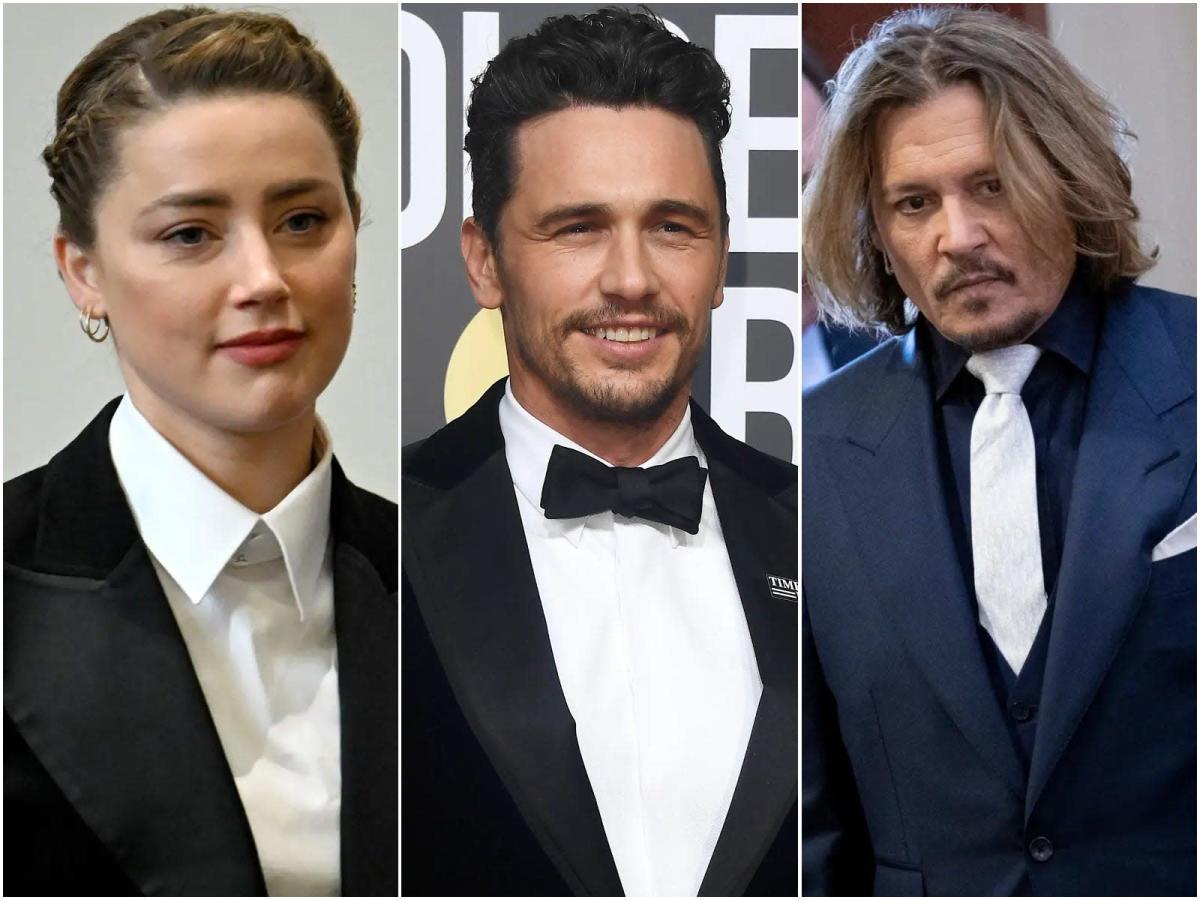 Amber Heard testified that actor James Franco visited her apartment late at night after a fight with Johnny Depp because she had “exhausted” her support network.

Lawyers for Johnny Depp asked Heard about the late-night visit in May 2016 on Tuesday during Heard’s cross-examination in the ongoing defamation trial Depp filed against his ex-wife.

“Because he was my friend and he lived next door, quite literally next door,” she said of the reason he came to her apartment that night.

“And I quite literally exhausted my support network with my usual friends and I was happy to welcome as much friendship at that time as I could possibly get,” she continued.

Heard was then asked about a video from that night in which Franco is laying his head on her shoulder and what interaction could have led to that.

“After seeing my face, he put his head on my shoulder,” she said. “He touched the side of my face and responded to what he saw.”

Heard previously testified that Depp had kicked her to the floor of a private plane after he accused Heard of cheating on him with Franco while filming “The Adderall Diaries” earlier that year.

“He was mad at me for taking a job with James Franco,” Heard said of Depp’s reaction to the crime drama, Insider previously reported. “He hated, hated James Franco and was already accusing me of having a secret thing with him in my past because we had done ‘Pineapple Express’ together.”

Heard said that she told Depp of an intimate scene she’d filmed with Franco just before boarding a private flight with Depp. She said he was upset and “didn’t sound coherent” and she knew “something was wrong.”

“Eventually it went from, ‘Do you have something to tell me?’ to ‘Do you wanna tell me how much you liked it? Tell me did he slip a tongue,” Heard testified.

She testified that she then got up and walked to the front of the plane. Depp then began to throw things at her and walked up to her and slapped her in the face, Heard said. She added that she moved once more before he kicked her.

“I felt this boot in my back. He just kicked me in the back. I fell to the floor,” Heard testified. “I caught myself on the floor and felt like I was looking at the floor of the plane for what felt like a long time.”

This story is developing. Please check back for updates.