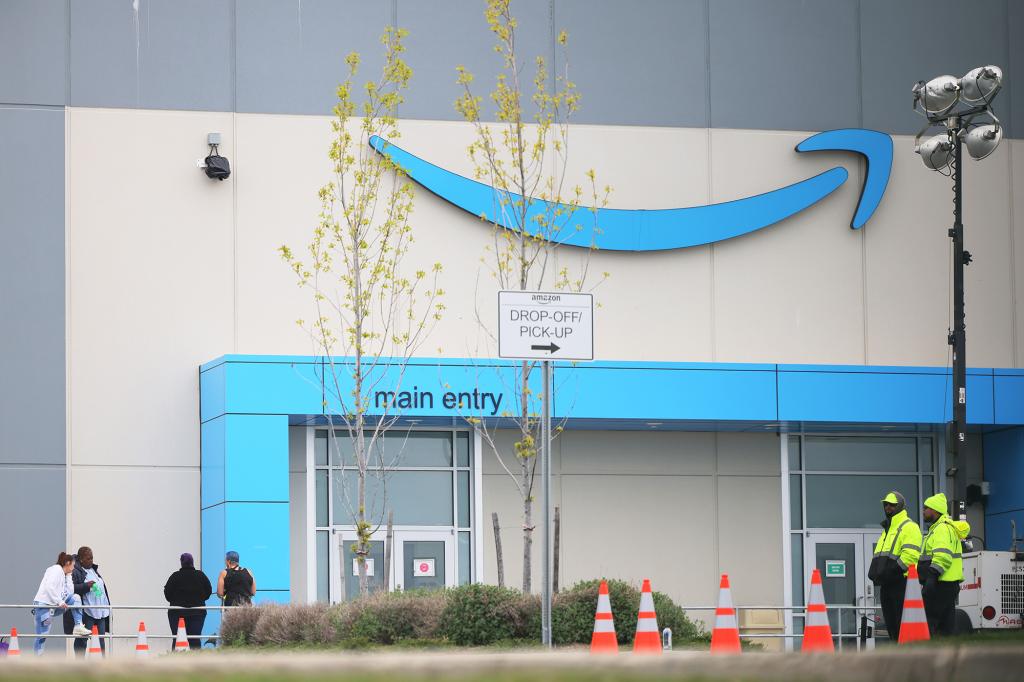 Last month’s historic labor vote to unionize an Amazon warehouse in New York City on Staten Island could be overturned after it was challenged in court by the Seattle-based web giant, according to a federal regulator

Amazon last week won a hearing based on its objections to the union vote — and the evidence behind those claims “could be grounds for overturning the election,” Cornele Overstreet, an official at the National Labor Relations board, said in a Friday filing.

Overstreet heads up the NLRB’s office in Phoenix, Ariz., where the hearing on the New York vote will take place after Amazon successfully argued that the NLRB’s Brooklyn’s office appeared to support the union drive, filings show.

Overstreet set a hearing date of May 23, when both sides can begin presenting their cases. The case was transferred to the NLRB’s Phoenix office in April, according to the filing.

Overstreet did not indicate which claims in Amazon’s complaint – which listed 25 potential violations by the Amazon Labor Union, according to a court filing on Friday — might have merit.

Amazon filed its objections on April 22 and said the evidence “will demonstrate that the actions of the Region and the ALU improperly suppressed and influenced the vote,” according to the complaint.

Amazon spokesperson Kelly Nantel said in a statement, “We want our employees to have their voices heard, and in this case, that didn’t happen – fewer than a third of the employees at the site voted for the union.”

A lawyer for the Amazon Labor Union, Eric Milner, said the bar to get a hearing is “very low,” according to a Reuters.

No official had vetted Amazon’s alleged evidence, Milner claimed, adding “While the ALU is disappointed in any delay by Amazon in its bargaining obligations we remain confident that all of Amazon’s objections will ultimately be overruled.”

The landmark vote represents the first time a labor drive was successful in Amazon’s 28-year history. About 55% of Amazon’s employees who voted at the Staten Island warehouse known as JFK8 supported the union.

The outcome of a separate union vote in Bessemer, Ala., is hanging in the balance as 416 votes have been contested by Amazon and the union spearheading that campaign, the Retail, Wholesale and Department Store Union.