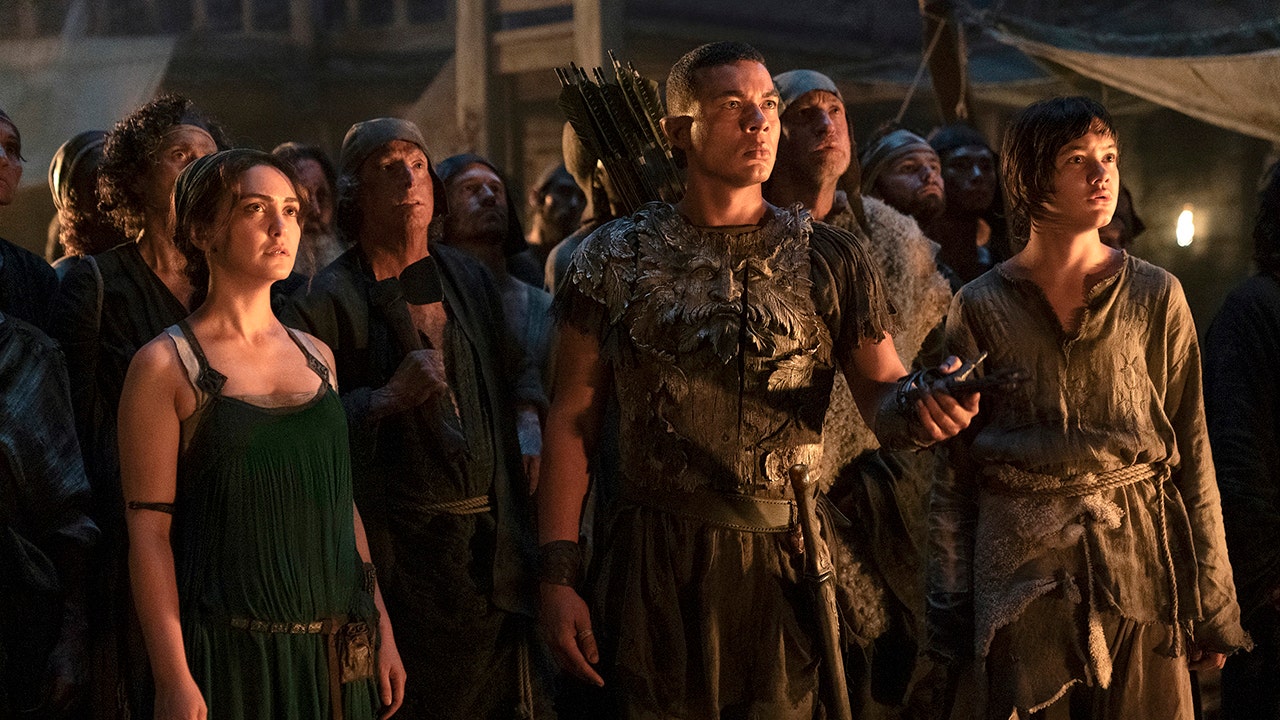 Amazon’s most expensive show ever appeared to get off to a bit of a rocky start.

A slew of Amazon Prime customers hoping to watch the streaming service’s lavish “The Lord of the Rings: The Rings of Power” when it dropped Thursday night took to social media to complain that only the second episode was available.

The first two episodes were supposed to be up on Amazon starting at 9 p.m. ET but Twitter was filled with fans who said there was an issue.

This image released by Amazon Studios shows Nazanin Boniadi, from left, Ismael Cruz Cordova and Tyroe Muhafidin from “The Lord of the Rings: The Rings of Power.”
(Amazon Studios via AP)

One person tweeted soon after the episodes were supposed to be available: “Prime Video messed up so bad, Episode 2 of Rings of Power is up but not episode 1.”

Another wrote, “Rings Of Power already off to a bad start… I guess I’m starting with episode 2????”

“Only episode 2 is released, which was before 9pm even,” another complained.

This image released by Amazon Studios shows Owain Arthur, left, and Sophia Nomvete in a scene from “The Lord of the Rings: The Rings of Power.”
(Amazon Studios via AP)

“So ticked- ready to watch The Rings of Power @PrimeVideo and I have no play option for episode 1 on my phone or tv,” another wrote along with a screenshot of the problem.

Yet another said: “My roommate is angrily screaming at his Alexa demanding to know why episode 2 of rings of power is available and not episode 1.”

Screenshots of episode one appeared to say “this episode is unavailable.”

It’s not clear how widespread the issue was and it appeared to have been rectified within the hour.

“The Rings of Power” is a prequel series set before the events of “The Lord of the Rings” and “The Hobbit.”

The 8-episode season of “The Rings of Power” has reportedly cost the company an estimated $715 million – making it the most expensive show ever.

Kaya Scodelario poses for photographers upon arrival for the world premiere of the TV Series ‘The Lord of the Rings: The Rings of Power’ in London, Tuesday, Aug. 30, 2022.
(Scott Garfitt/Invision/AP)

The series has already been renewed for a second season, which is scheduled to begin shooting in October.

Amazon did not immediately respond to Fox News Digital’s request for comment.