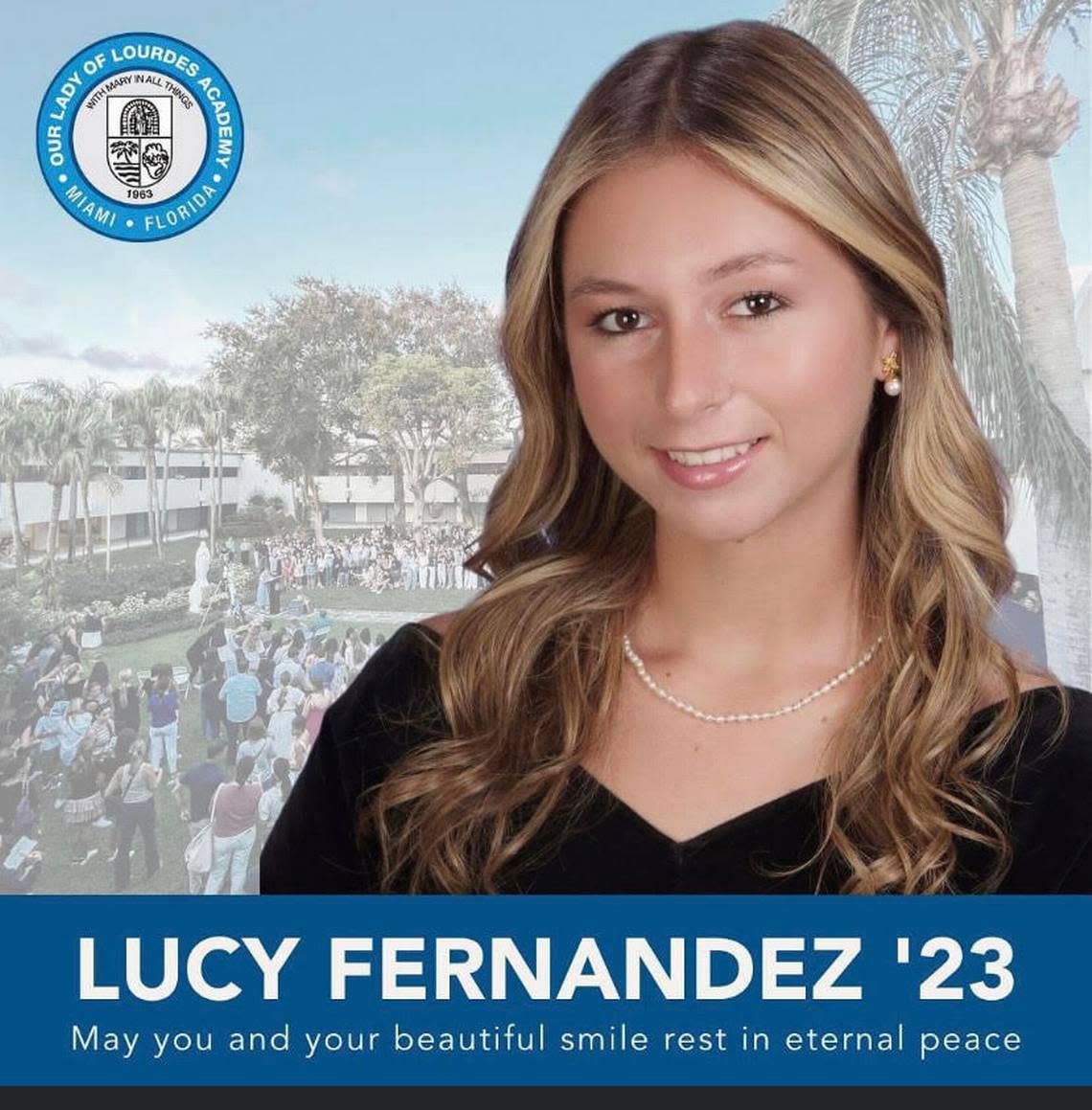 All 14 people aboard a boat that crashed off the Florida Keys over Labor Day weekend were ejected from the vessel, according to the first official report on Tuesday.

On Sunday night, the 29-foot Robalo center console boat hit a channel marker in Broad Creek, a waterway in the Upper Keys, killing a teen and injuring several others.

READ MORE: Who are the Miami-area school kids on the boat that crashed off the Keys?

Nearby boaters and the crews on law enforcement and fire-rescue boats plucked the passengers from the water and brought them to land.

The next day, Luciana Fernandez, who family and friends call Lucy, died from her injuries.

Three other girls, Katerina Sofia Puig, 16, Coco Aguilar, 17 and Isabella Rodriguez, 17, remained in the hospital as of Tuesday.

Others injured in the crash, according to the report, are the boat’s driver, George Ignacio Pino, 52, Cecilia Pino, 47, Sarah Emily Gutierrez, 17, and Cecilia Lianne Pino, 17.

FWC investigators said in the report that the accident does not appear to be alcohol related.

The tragedy shook the close-knit Miami-Dade Catholic school community because most, and possibly all, of the teens attend either Carrollton School of the Sacred Heart in Coconut Grove or Our Lady of Lourdes Academy in Southwest Miami-Dade.

This report will be updated as more information becomes available.