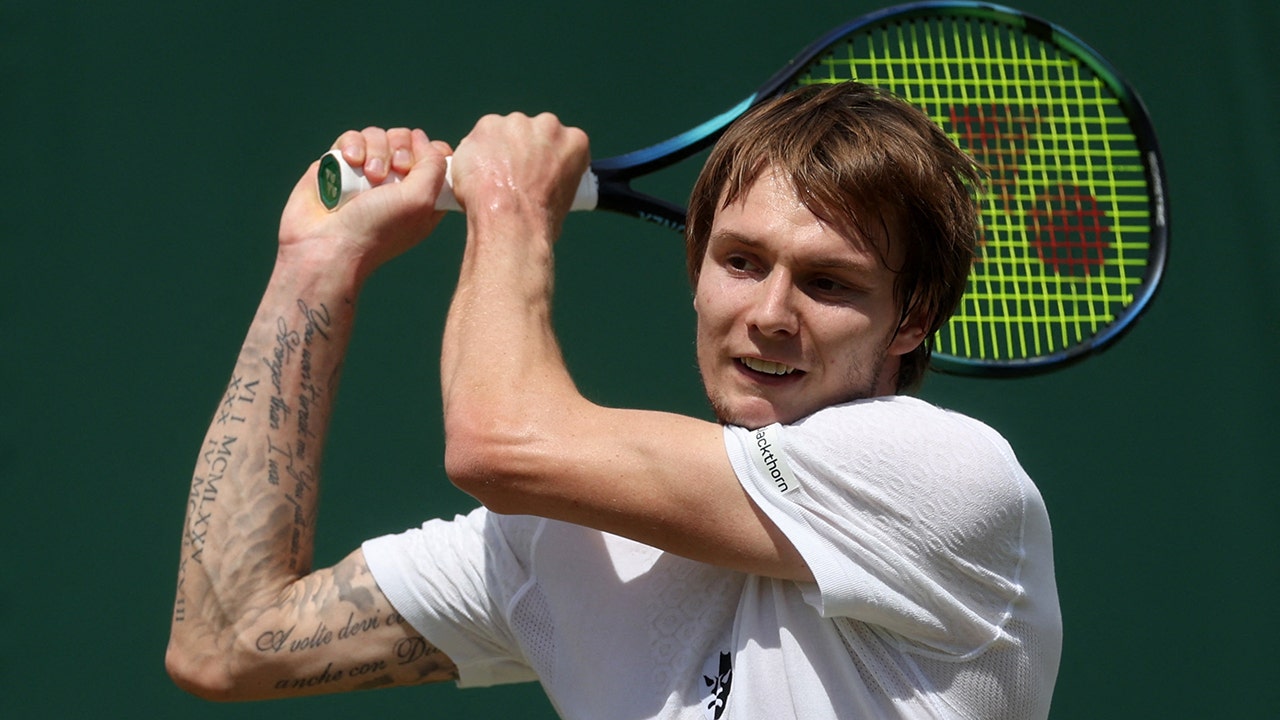 American tennis player Maxime Cressy picked up his first career ATP title with a 2-6, 6-3, 7-6 (3) win over Alexander Bublik of Kazakhstan at the International Tennis Hall of Fame in Newport, Rhode Island.

While Cressy won the match, Bublik had an interesting way of congratulating him for winning the Hall of Fame Open.

Alexander Bublik of Kazakhstan plays a backhand against Arthur Rinderknech of France during the Men’s Singles First Round match on Day 3 of the French Open at Roland Garros on May 24, 2022 in Paris, France.
(Adam Pretty/Getty Images)

“Well, there’s not much to say to be honest with you. I’m very upset. I would like to congratulate Max for his title. Put your whole prize money on red. You’re going to win big time,” Bublik said.

Cressy overcame a rough start that saw him get 42% of his first serves in the opening set. He was propelled to his third ATP final with a win Saturday over John Isner.

Kazakhstan’s Alexander Bublik in action during his third round match against Frances Tiafoe of the U.S.
(REUTERS/Paul Childs)

Bublik was a runner-up in 2019 in the tournament. Hall CEO Todd Martin told Bublik over the microphone during the on-court ceremony to try again next year.

“Come back. The third time is going to absolutely be a charm,” Martin said.

Maxime Cressy returns the ball to Canada’s Felix Auger-Aliassime during their men’s singles tennis match on the second day of the 2022 Wimbledon Championships at The All England Tennis Club in Wimbledon, southwest London, on June 28, 2022.
(SEBASTIEN BOZON/AFP via Getty Images)

The Hall of Fame Open is the only tournament in North America played on grass courts. The tournament is held in conjunction with the induction ceremonies into the International Tennis Hall of Fame. Lleyton Hewitt, the Australian tennis great, was inducted into the Hall on Saturday.