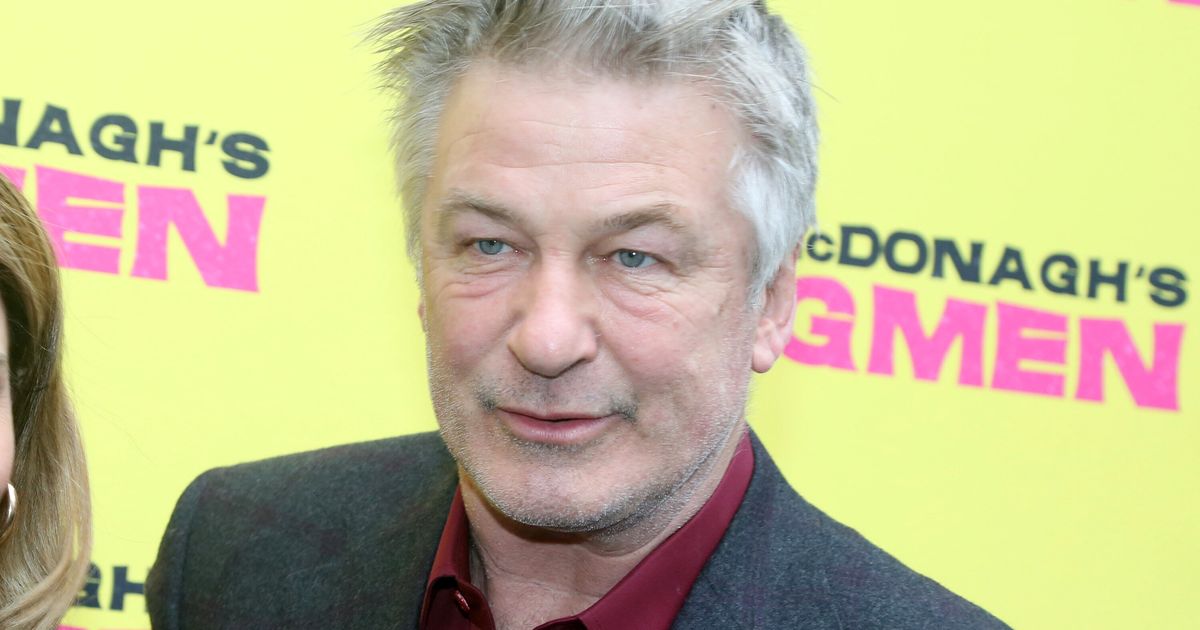 “There are two people who didn’t do what they were supposed to do,” the actor said in an interview with CNN published Friday. “I’m not sitting there saying I want them to, you know, go to prison, or I want their lives to be hell. I don’t want that, but I want everybody to know that those are the two people that are responsible for what happened.”

“I’m pretty confident neither one of them should ever work in a film set again,” he told CNN.

Baldwin was holding a prop gun on the set of the Western flick, which was filming at a ranch in New Mexico, when the weapon went off and hit cinematographer Halyna Hutchins. She was airlifted to a hospital but died from her injuries. The bullet also grazed “Rust” director Joel Souza.

Attorneys for Gutierrez-Reed and Halls have pushed back on the suggestion their clients bore the most responsibility. As armorer, Gutierrez-Reed ― a 24-year-old just starting out in the field at the time ― was responsible for maintaining the prop guns used on set and showing people how to handle them. Halls, an industry veteran, was the person who handed Baldwin the antique gun to practice a scene and told him it was safe.

The weapon was supposed to contain only blanks, but a live round had also been loaded into the barrel. One of the biggest questions is who was responsible for the mix-up.

A full report from the Santa Fe Sheriff’s Office is still in the works; authorities said last week they are just working to get Baldwin’s cell phone records before they finish up. Local prosecutors are expected to use the report to determine whether or not to pursue criminal charges. In the interim, people closest to the incident have lawyered up and pointed the finger at one another.

Hutchins’ widower, Matthew Hutchins, filed a wrongful death lawsuit earlier this year that names Baldwin, among others. The couple had a young son together.

While Baldwin denies having pulled the trigger, the FBI recently concluded the gun could not have fired without him pulling it.

Through her attorney, Gutierrez-Reed slammed the Santa Fe Sheriff’s Office for not asking the FBI to test any of the bullets for fingerprints or DNA, but the authorities said it would not have made sense due to how many times the props likely had been handled by people on set.

Baldwin told CNN he has lost five jobs since the late October incident. He said he would have quit the film industry entirely if it weren’t for the support of his wife, Hilaria Baldwin, who is pregnant with the couple’s seventh child.

“If I didn’t have her, I probably would have quit, retired, gone off, you know, sold everything I owned, got a house in the middle of nowhere and just you know did find something else to do, sell real estate,” he said.

The actor went so far as to hire a private investigator to try to figure out what went wrong. He said that based on what the investigator told him, he did not believe anyone would be criminally charged.

Still, the incident has “taken years off” Baldwin’s life, he said, adding that he thinks about Hutchins’ death “every day.”