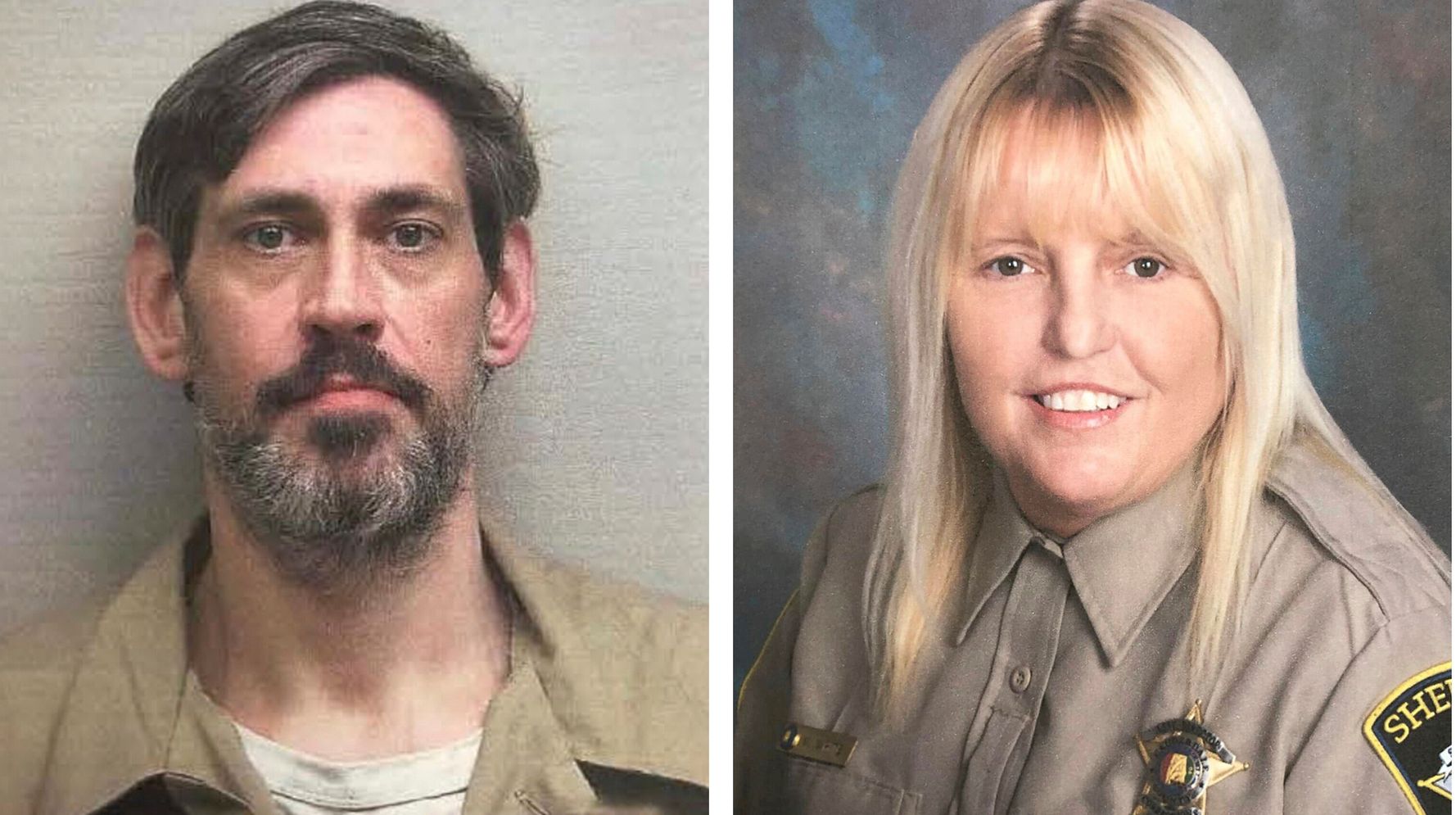 An Alabama corrections official and an inmate she’s believed to have helped escape have been taken into custody after the duo went missing in late April.

On Monday, U.S. marshals in Evansville, Indiana, pursued a Ford pickup driven by fugitive Casey White, with corrections officer Vicky White as a passenger, authorities said at a press conference. The truck was wrecked during the pursuit. Casey White surrendered and Vicky White was transported to a hospital for treatment after a self-inflicted gunshot wound, reports CNN.

“This has ended a very long and stressful and challenging week and a half,” authorities said, adding that they were thankful that no others were hurt “as a result of this escape.”

Vicky White, 56, and Casey White, 38, disappeared on Friday, April 30, while she was escorting him to the courthouse for what she claimed was a mental health evaluation. Despite sharing the same last name, the two are not related.

Surveillance video from that morning shows Casey White, shackled and in an orange jumpsuit, being loaded into the back of Vicky White’s squad car at the Lauderdale County Detention Center.

The pair never made it to the courthouse, however, where the inmate had no mental health evaluation scheduled, Lauderdale County Sheriff Rick Singleton later confirmed.

Instead, and in violation of a department policy mandating that two deputies accompany inmates at all times, the pair drove alone to a nearby shopping center.

Authorities told CNN they then abandoned the patrol car in the shopping center parking lot and drove off in a copper-colored Ford Edge SUV that Vicky had dropped there the night before.

“We know that there was never any effort to go to the courthouse,” Singleton said. “They went straight to Florence Square parking lot, dumped the patrol car, got in the other vehicle and left.”

The sheriff’s office told The Associated Press the two appeared to have shared a “special relationship,” but did not elaborate.

A warrant was issued for Vicky White’s arrest on May 2, charging her with “permitting or facilitating escape in the first degree.”

At a press conference announcing the charges, Sheriff Singleton acknowledged that the corrections officer may not have aided the inmate voluntarily, noting that he has a lengthy and violent rap sheet.

Casey White was being held on capital murder charges in the 2015 stabbing death of 58-year-old Connie Ridgeway, a crime he reportedly confessed to while in state prison for numerous other crimes, including robbery, burglary, carjacking and animal cruelty.

Friday was supposed to be Vicky White’s last day on the job before her retirement. Colleagues say she’d been an exemplary employee with an unblemished record.

Sarah Ruiz-Grossman contributed to this report.