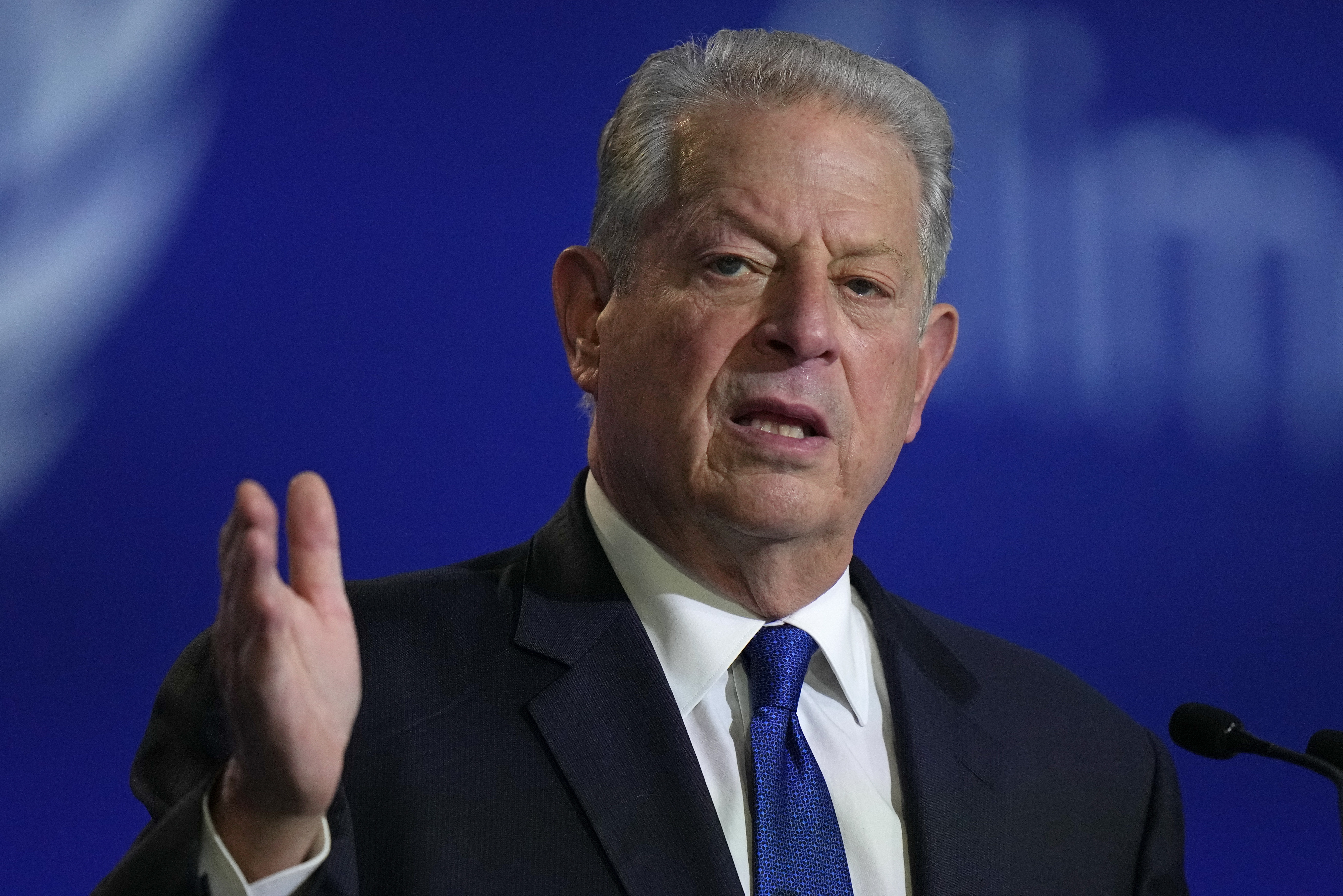 Gore has long been one of the world’s most prominent advocates of taking action to fight climate change. He acknowledged that President Joe Biden, due to the current makeup of the U.S. Senate, is limited in what he can do, but did say Biden, one of his successors as vice president, is having an impact.

“I welcome his announcement this week to jump-start the offshore wind industry in the U.S.,” Gore said of Biden. “And he’s taken quite a number of other important actions. And he’s reversed some of the terrible policies of his predecessor. But he needs congressional action in order to take the bold steps that are really needed.”

Gore added: “There are other things he can do. He ought to replace the head of the World Bank, for goodness sake. His predecessor put a climate denier in charge of the World Bank. And so we’re not seeing the kinds of global policies that we should.”

Gore was referring to David Malpass, whom former President Donald Trump nominated to the World Bank post in 2019.

On another topic, Todd noted that Gore was cited favorably by former Trump deputy national security adviser Matthew Pottinger at the Jan. 6 committee hearings for conceding defeat after the bitterly contested 2000 presidential election. Gore spoke of another of his successors, former Vice President Mike Pence, and his actions on Jan. 6, 2021.

“In the current environment, just doing what the law and the Constitution requires seems heroic to some. I’m glad he made that decision,” Gore said.