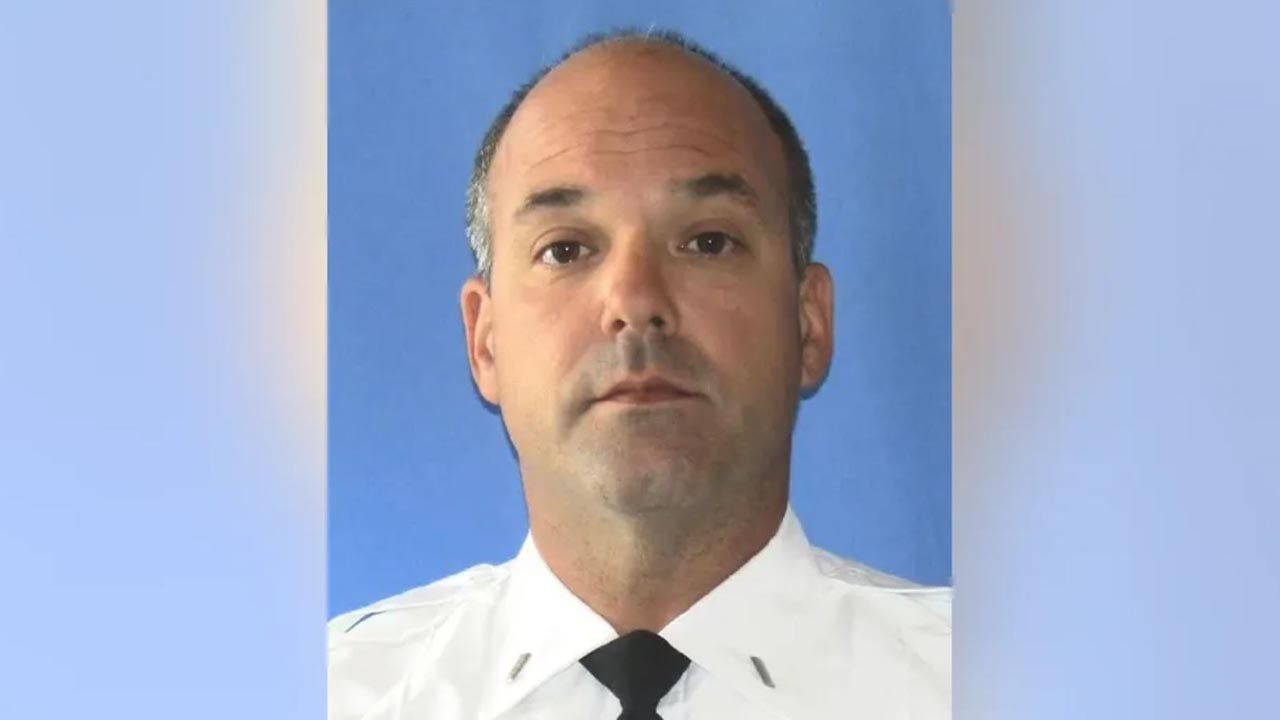 A building owner in Philadelphia has been charged with setting a fire that resulted in the death of Philadelphia firefighter Lt. Sean Williamson.

Al-Ashraf Khalil, 28, was taken into custody and charged after a blaze in his residential building Saturday morning lead to a building collapse that killed Williamson, 51, a 27-year veteran of the Philadelphia Fire Department, FOX 29 of Philadelphia reported.

Authorities took Khalil into custody on Friday at John F. Kennedy International Airport in New York, and he was reportedly arrested with handcuffs that had Williamson’s initials and badge number written on them, WPVI reported.

Khalil was charged with one count of malicious damage by means of fire of a building used in interstate commerce resulting in death and one count of aiding and abetting, police said.

He was also charged with one count of making materially false or fraudulent statements, after surveillance footage disputed his previous statements to authorities.

The residential fire occurred earlier this month when it scorched Khalil’s building around 2 a.m., causing it to collapse about an hour later, trapping six first responders.

First Assistant Attorney Nelson Thayer said investigators are looking for another suspect as two men, one of which was Khaliil, were spotted on surveillance cameras outside of the residential building on the night of the fire.

Khalil was seen entering the building and exiting several times moments before the fire was noticed.

“Video surveillance further showed that 20 minutes later, the 2 suspects leave the location after which smoke can be seen emanating from the direction of the building and immediately thereafter flames can be seen on the video,” Thayer said, FOX 29 reported.

Khalil spoke with investigators about the incident before fleeing the country and attempting to enter Jordan, WPVI reported. He was subsequently denied entry into the country and was transported back to the United States, the ATF said.

Investigators spotted Al-Asharf Basem Khalil, 28, on surveillance footage outside a Philadelphia fire that resulted in the death of Philadelphia firefighter Lt. Sean Williamson.
(Federal documents filed by the U.S. Attorney’s Office in the Eastern District of Pennsylvania)

Khalil faces a mandatory minimum term of seven years in prison and a potential life sentence, according to federal prosecutors.

“The Philadelphia Fire Department is grieving with the family, friends and community for all those affected by this tragedy,” Fire Commissioner Adam K. Thiel said after the incident. “It is not possible to express in words what we feel at this time.”

Mayor Jim Kenney added: “I am deeply saddened to learn of the tragic death of Philadelphia Firefighter Lt. Sean Williamson. This is a heartbreaking day for our city.”

Speaking of Williamson, the mayor also said: “For more than 27 years, he dedicated his life to serving and protecting the people of Philadelphia, and sacrificed his life protecting others. Early this morning, like every day, he exemplified heroism by doing what our first responders do every day: put on their uniform, leave their loved ones, and carry out their sworn duty to protect and serve the residents of this city.”