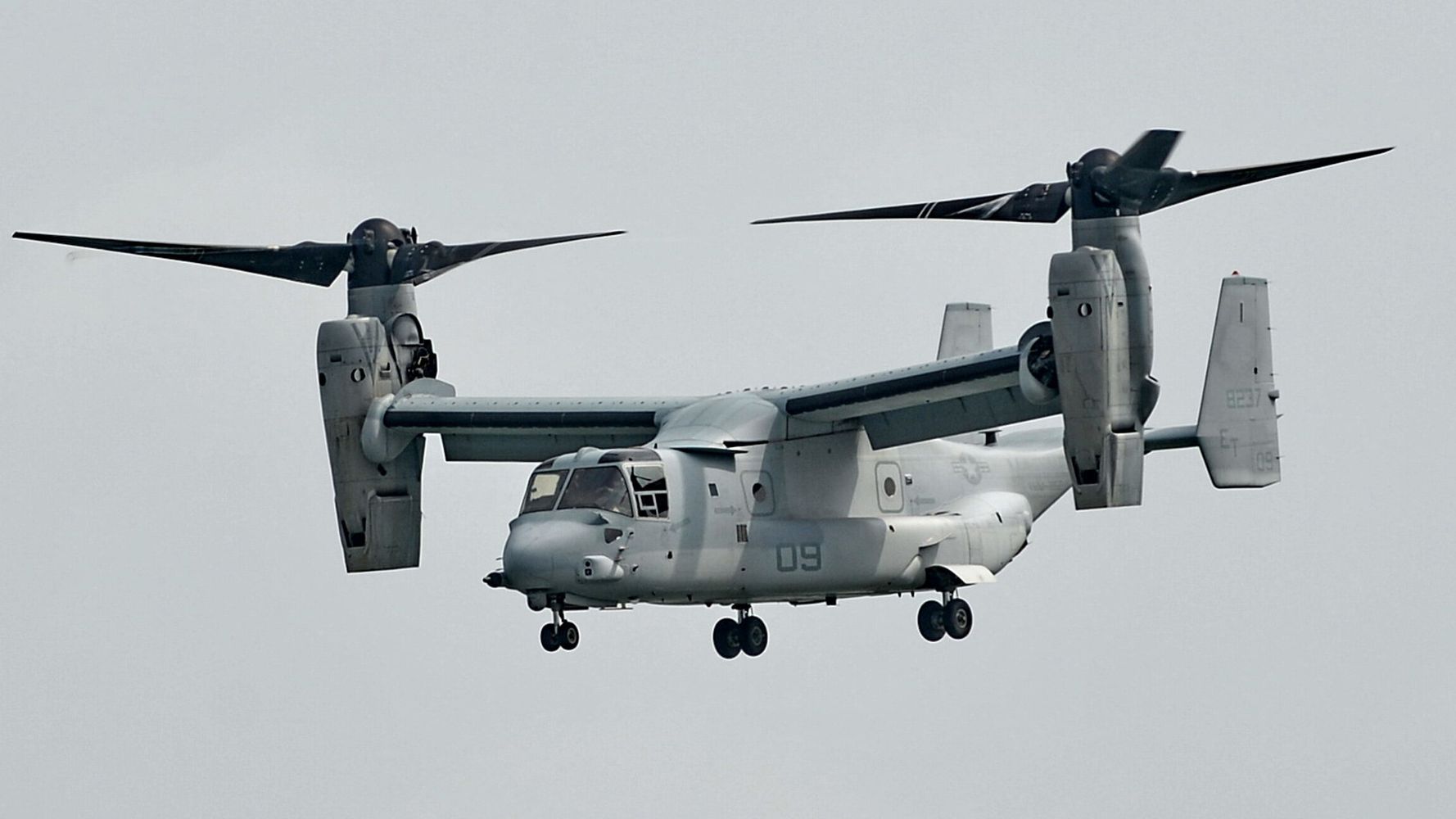 BRAWLEY, Calif. (AP) — A Marine Corps Osprey aircraft carrying five Marines crashed Wednesday in the Southern California desert and civilian and military emergency crews were responding, but there were no immediate details about any injuries or fatalities, the military said.

The MV-22B Osprey belonged to the 3rd Marine Aircraft Wing based at Camp Pendleton and went down at 12:25 p.m. during training, said Maj. Mason Englehart, spokesman for the 3rd Marine Aircraft Wing, an aviation unit headquartered at Marine Corps Air Station Miramar, in San Diego, about 115 miles (185 kilometers) west of the crash site near the community of Glamis in Imperial County.

The tiltrotor aircraft can take off and land as a helicopter but transit as a turboprop aircraft.

Englehart said he had no further details yet to release about the five Marines who were on board.