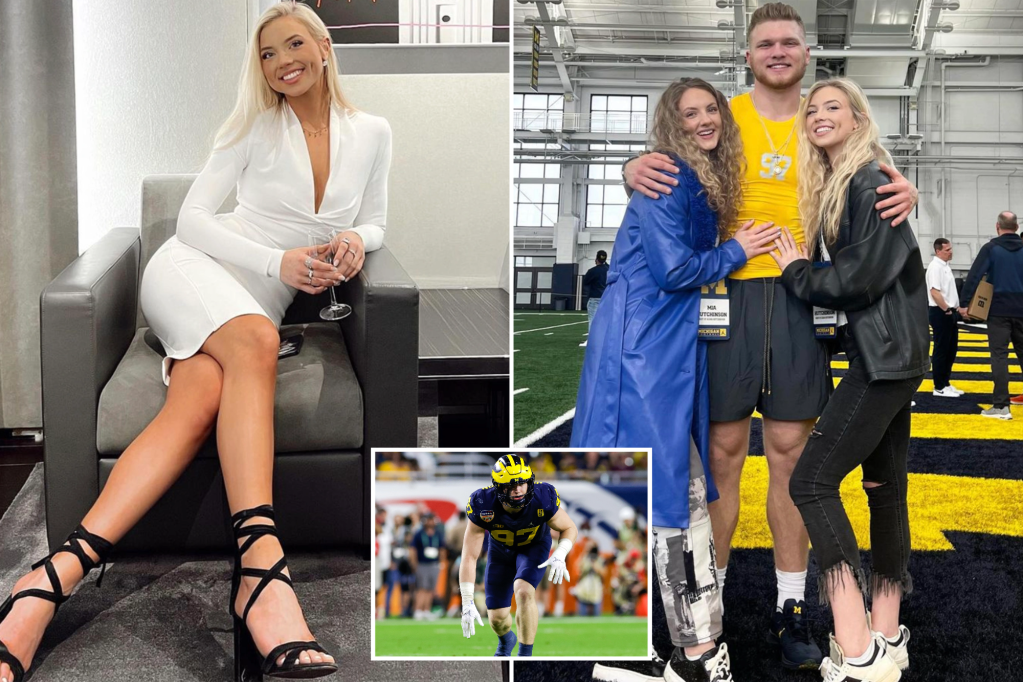 Aidan Hutchinson and his loved ones are certainly having a blast in Las Vegas ahead of the 2022 NFL Draft.

The Michigan defensive end, who is projected to be selected in the first round on Thursday, dined at STK Steakhouse at the Cosmopolitan Hotel earlier this week, according to snaps shared by his sister Mia.

In the photos, Hutchinson, 21, is seen smiling beside dad Chris, a former college football player, mom Melissa, and his siblings, Mia and Aria. The group was also seen toasting at the table during their evening out.

Leading up to Thursday’s opening round of the draft, Aria — who is a yoga instructor and studied neuroscience at Michigan — posted a photo of herself rocking a white mini dress and strappy black sandals from a Hublot Boutique.

“Counting down the hours until the draft,” she captioned Thursday’s post.

In addition to his siblings, Hutchinson’s mom Melissa has also been reflecting on what’s been a whirlwind experience, as her son’s life is about to forever change.

“I could write a book about our experience so far, but for now, all I can say is meeting and working with some of the most incredibly kind, hard-working, beautifully-spirited people has by far been some of the greatest experiences of my own life in the last 6 months. As you can imagine, this is all pretty surreal for our family, definitely unchartered territory….I say this over and again, but gratitude runs deep for all the support,” Melissa posted on Instagram last week.

Hutchinson, the Heisman Trophy runner-up, is projected to be the second overall pick by the Lions, according to The Post’s Steve Serby.