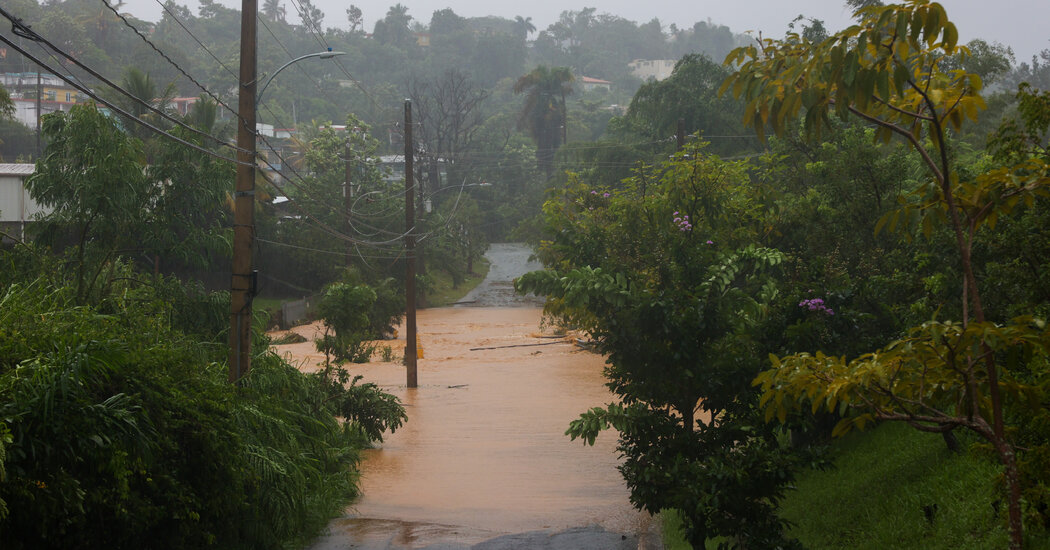 As the eye of Hurricane Fiona barreled west into the Dominican Republic, Puerto Rico was left early Monday with a knocked-out energy grid, widespread flooding and continued heavy rains, with conditions remaining too dangerous for officials to assess the scope of the crisis.

But it was immediately clear that the island would have a difficult recovery process, with as much as 30 inches of rain in some places.

All of the nearly 1.5 million customers tracked by poweroutage.us, which tracks power interruptions, were without power on Sunday. The power company LUMA warned on Sunday that full power restoration in Puerto Rico could take several days, with the storm creating “incredibly challenging” conditions for repair workers.

“The current weather conditions are extremely dangerous and are hampering our ability to fully assess the situation,” it said on its website.

On Sunday morning, Fiona strengthened from a tropical storm to a Category 1 hurricane. Though the center of the storm had passed the island by Monday morning, making landfall over the Dominican Republic, Puerto Rico continued to be battered with tropical storm-force winds and rains.

The National Weather Service said at 5 a.m. on Monday that an additional one to six inches of rain could fall across the island on Monday.

“These rains will continue to produce life-threatening and catastrophic flooding along with mudslides and landslides across Puerto Rico,” the National Weather Service said.

Floodwaters rose quickly on Sunday, with hundreds of people evacuated or rescued across the island, according to The Associated Press. Several large landslides were reported, and a bridge washed away in the central town of Utuado.

Pedro Pierluisi, the governor of Puerto Rico, said at a news conference Sunday afternoon that officials were rescuing people in isolated areas and deploying the National Guard and other personnel to evacuate low-lying areas where rivers were expected to flood.

Deanne Criswell, the FEMA administrator, said in a statement late Sunday that the agency deployed hundreds of personnel to Puerto Rico before the storm made landfall and the primary focus was on saving lives and immediate needs like power restoration.

For many Puerto Ricans, the storm brought back terrifying memories of Hurricane Maria, which struck as a Category 4 storm and produced as much as 40 inches of rainfall in 2017 almost five years ago exactly. That storm caused the deaths of an estimated 2,975 people.

Hurricane Maria had a deep, lasting impact on Puerto Rico, with unreliable electricity remaining a mainstay of life on the island. The widespread anger that followed the slow recovery led to a major power shift, including former Gov. Ricardo A. Rosselló stepping down following a popular uprising that lasted 15 days.