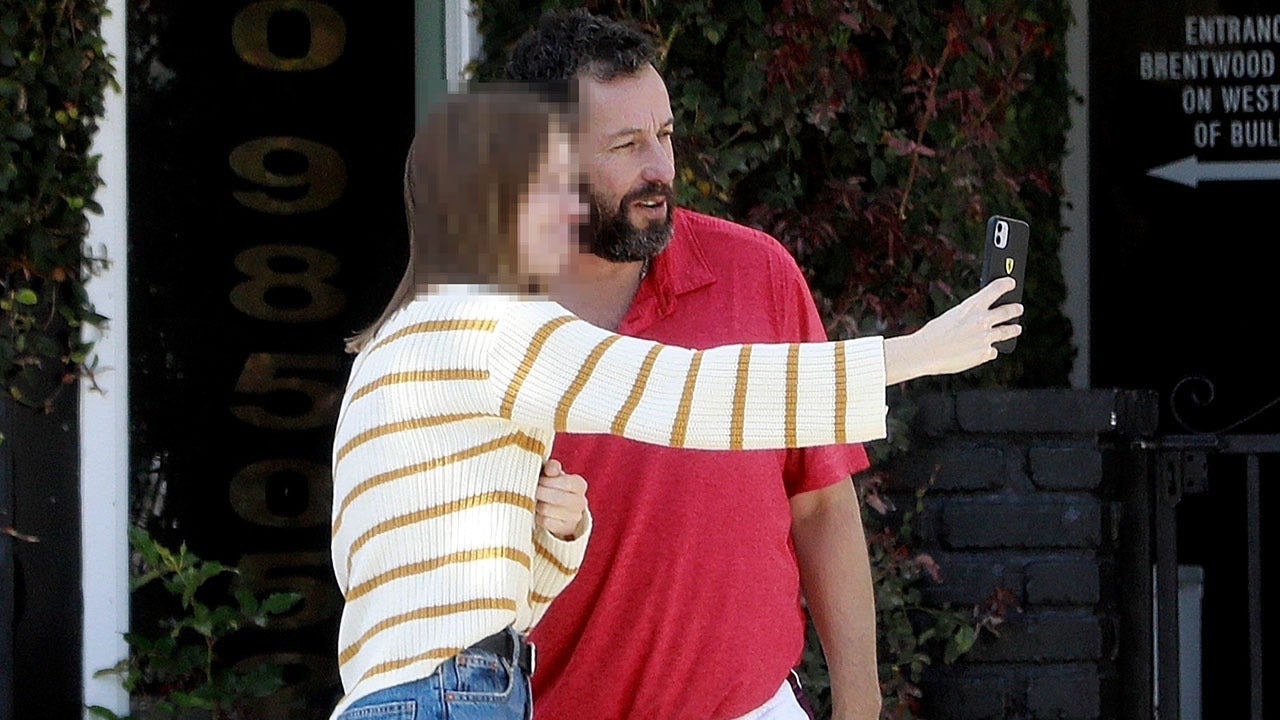 Adam Sandler is known for playing a few beloved on-screen characters, but he proved to be just as charming off set and kept calm after a vehicle crash in Los Angeles May 22.

The 55-year-old actor appeared to be involved in a minor fender bender while driving on San Vicente Boulevard in the affluent Brentwood area of Southern California.

While most drivers exchange insurance and registration information after a crash, Sandler posed for a few selfies with the other driver involved.

Both Sandler and the woman seemed to be in good spirits as the Billy Madison star checked out a few scratches on one of the vehicles.

Adam Sandler posed for a few selfies with the other driver involved in a vehicle collision May 22 in Los Angeles.
(Backgrid)

He recently returned from New York, where he gave the commencement speech to the graduating class of his alma matter at the NYU Tisch School of the Arts nearly 34 years after his own college graduation.

Sandler praised the graduating class for its interest in the arts, saying, “We just want to give our fellow humans an escape from this increasingly psychotic world we live in.

“The biggest reason we Tischies chose the arts is because we literally can’t do anything else. What was I gonna do, become an investment banker? I can’t even find my wallet three times a week.”

The 55-year-old actor appeared to be involved in a minor fender bender while driving on San Vicente Boulevard in the affluent Brentwood area of Southern California.
(Backgrid)

Both Sandler and the female driver seemed to be in good spirits as the Billy Madison star checked out a few scratches on one of the vehicles.
(Backgrid)

The “Uncut Gems” star joked with parents in the audience that they “really messed up” raising their kids.

“You might be supporting these kids for a very long time,” he said. “They are not leaving the nest anytime soon. This is a tough business they chose, but there’s still time to talk them out of it.”

He added: “I’m trying to talk my kids out of showbiz, and they know f—ing Adam Sandler.”

Sandler and wife Jackie have two daughters: Sadie, 16, and Sunny, 13.

The former “Saturday Night Live” cast member, who topped the 2021 celebrity style list with his laid-back looks, did offer “two pieces of advice” to parents.

“No. 1, somehow slip your kid’s headshot to Mr. Martin Scorsese before this event ends,” he joked. “He’ll love it, I promise. He’s probably gonna take the back exit outta here, so make sure you get there before he does.

“And do not take no for an answer. That’s how Leo’s mom did it,” he said, referencing Academy Award winner Leonardo DiCaprio.