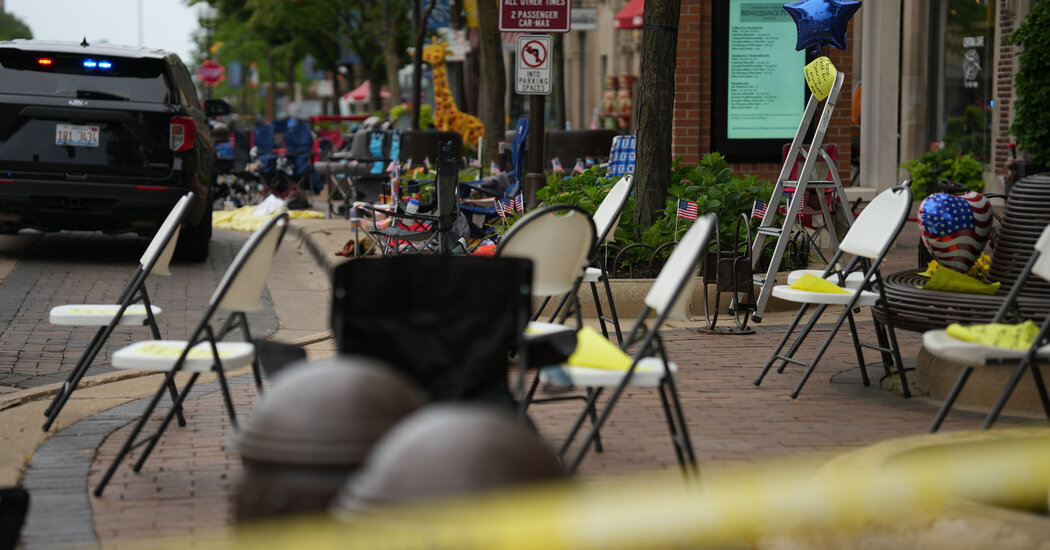 Investigators said they believed the gunman acted alone during the shooting. Prosecutors declined to say on Wednesday whether they were considering charges against any members of the accused man’s family.

Officials have not said what they believe may have motivated the gunman, but have said they did not have any reason to believe the attack was driven by racial or religious hate. Some in Highland Park’s large Jewish community said they recognized the accused man.

Martin Blumenthal, a member of the North Suburban Lubavitch Chabad synagogue in Highland Park who is in charge of security there, said he recalled the man from a Passover service this year. Finding his appearance suspicious, Mr. Blumenthal said he surreptitiously knelt down at one point during the service and reached under the man’s seat to pat down a small backpack he had carried in. It did not appear to hold any weapons, Mr. Blumenthal said.

Mr. Blumenthal said he is now convinced that the man went to the synagogue to study it as a potential target. “He was definitely casing the place out,” he said.

As the court process began in the case, Highland Park residents continued to grieve the deaths of their neighbors on Wednesday.

The victims included Nicolas Toledo-Zaragoza, 78, who had recently moved back to Highland Park from Mexico, and who went to the parade with his family despite not wanting to; Jacquelyn Sundheim, 63, a beloved employee of a local synagogue whom one friend called “a beautiful ray of light”; Stephen Straus, a financial adviser who, at age 88, still took the train every day to his office at a brokerage firm in Chicago; Katherine Goldstein, 64; Eduardo Uvaldo, 69, of the nearby suburb of Waukegan; and Irina and Kevin McCarthy, ages 35 and 37, a couple who left behind a toddler son.