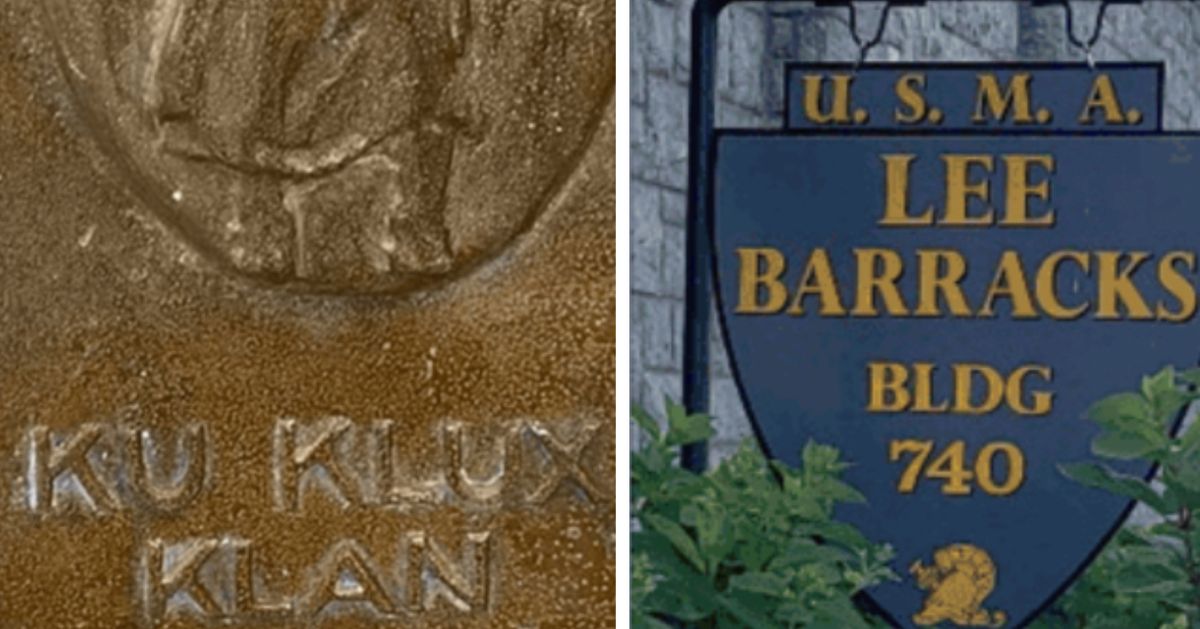 A commission appointed to study the names of landmarks and memorials at West Point and the U.S. Naval Academy found a handful of Confederate dedications that should be removed, relocated or renamed, according to a report submitted to Congress on Monday.

That includes numerous references to the Confederate Gen. Robert E. Lee. At West Point, in New York’s Orange County, Lee’s name is affixed to five assets, including a preschool.

“Lee’s armies were responsible for the deaths of more United States soldiers than practically any other enemy in our nation’s history,” the report notes.

The report identifies Beauregard with particular disdain, noting that he had “long been an ardent supporter of enslavement, secession and rebellion.” And while Beauregard did serve as superintendent at West Point, partially explaining his commemoration at the school, he only held the job for five days, after which he was fired, joined the Confederacy, and considered fleeing overseas in the wake of the Civil War.

Ironically, one of the most egregious examples identified by the commission falls outside its purview. A marker mounted outside Bartlett Hall at West Point bears the words “Ku Klux Klan” below a relief of a hooded figure carrying a rifle.

“The marker falls outside the remit of the commission,” the report notes. “However, there are clearly ties in the KKK to the Confederacy.”

The commission encouraged the U.S. secretary of defense ― currently, retired Gen. Lloyd Austin ― to remove the marker, and to standardize rules that would remove any similar references that exist elsewhere.

At the Naval Academy in Annapolis, Maryland, the commission identified three assets for renaming.

Both a road and a residence bearing the name of Franklin Buchanan, a Confederate admiral whose efforts “killed hundreds of U.S. Navy sailors,” were recommended to be rededicated.

Maury Hall, named after Matthew Maury, is also on the list. Maury rose to prominence as an oceanographer, then fell from grace in the Civil War while advocating for what the report describes as “a series of vast American territories … where enslaved humans would produce commodity crops.”

After the Civil War ended in 1865, attempts to establish Confederate monuments at West Point and Annapolis were “consistently met with solid resistance” for more than 60 years, the authors write. That changed with the “Lost Cause” movement in the 1930s that sought to recast and romanticize a distorted history of Southern defeat.

“The commissioners do not make these recommendations with any intention of ‘erasing history,’” the panel wrote in the report. “The facts of the past remain and the commissioners are confident the history of the Civil War will continue to be taught at all service academies with all the quality and complex detail our national past deserves.”

“Rather, they make these recommendations to affirm West Point’s long tradition of educating future generations of America’s military leaders to represent the best of our national ideals,” the report says. “Cadets of the present who devote their lives to national service should do so in an environment and setting that honors the greatest examples, traditions, and leaders of our past.”