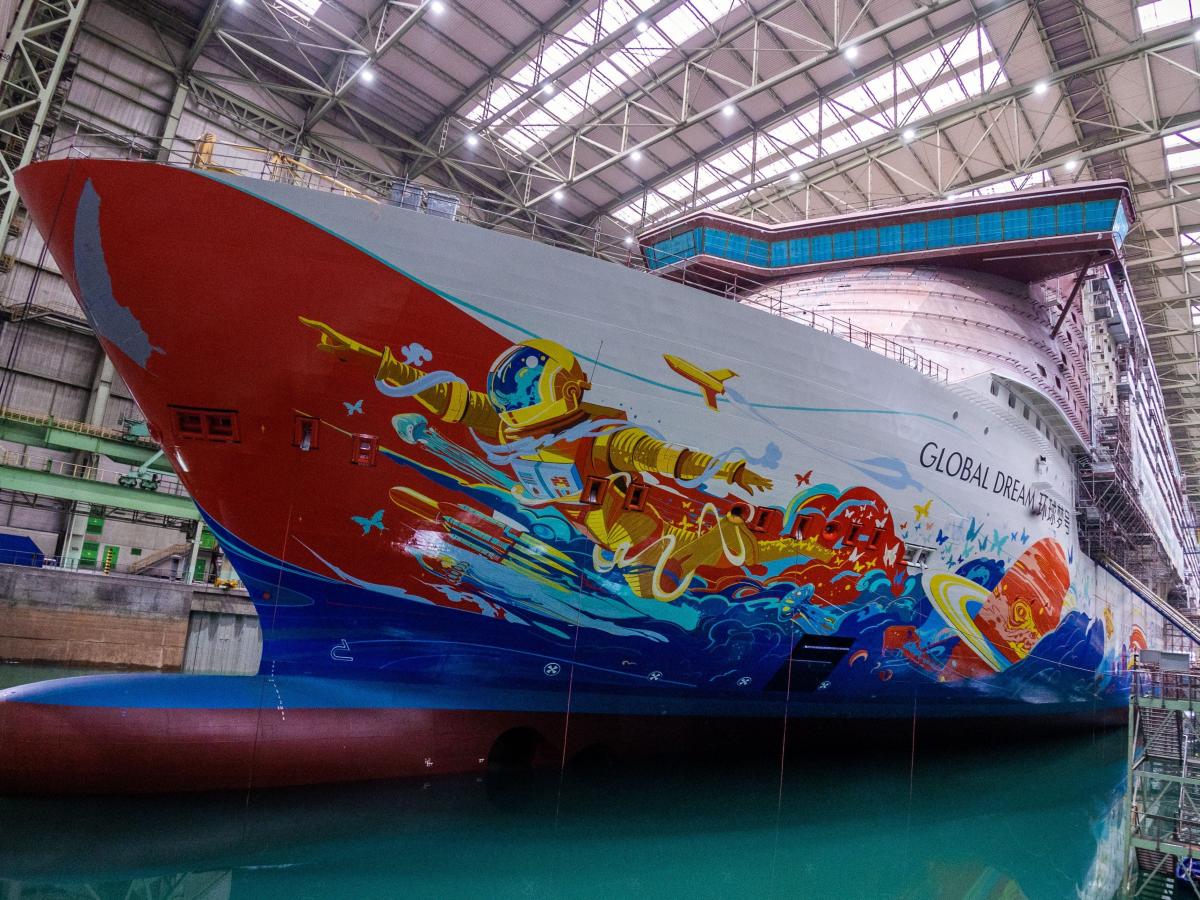 A massive unfinished cruise ship is likely to be sold for scrap after its maker declared bankruptcy because no one wants to buy it, according to a report by German cruise-industry magazine An Bord.

Attempts are now being made to sell some of the fixtures and engines from Global Dream II, which was half-built by insolvent German shipbuilder MV Werften, insolvency administrator Christoph Morgen said at a press conference, according to An Bord.

After that, the vessel’s half-finished keel – only the lower-hull area is complete – will be sold for scrap, Morgen said, per An Bord.

MV Werften is owned by holding company Genting Hong Kong, both of which filed for bankruptcy in January. The shipmaker was building the vessel for a series of global-class ships for Dream Cruises, one of the three cruise lines owned by Genting.

Global Dream, the other vessel in the series, is also incomplete and is currently sitting at the MV Werften dock in Wismar, northern Germany, An Bord reported. But earlier this month the shipyard was sold to a maker of naval vessels that plans to build watercraft, including submarines, on the site from early 2024, An Bord reported. This leaves a year and a half to shift the two Global Dream ships.

Global Dream is around 80% finished, Morgen told German radio station NDR. In its current state, the vessel is buoyant and can be towed elsewhere if attached to an ocean tugboat, per An Bord.

But the ship was designed for service in Asia, and a new owner would have to spend a significant amount of money redesigning its cabin, deck, and drive concept if they wanted to deploy it elsewhere in the world, An Bord said.

Swedish holding company Stena AB, which owns a ferry line, was interested in buying Global Dream but dropped out over uncertainty in the Asian cruise market, including China’s strict restrictions on travel, according to reports.

If no serious offers are made for the vessel in the coming weeks, Global Dream will be sold in an auction where it could ultimately be bought for scrap, per An Bord. Maritime Executive reported that the liquidators denied these claims and maintained that they’re looking for a buyer.

Morgen did not immediately respond to Insider’s request for comment.

Dream Cruises said that the cabins would be around 15% larger than those available on other vessels and would include face- and voice-recognition software. The ship was also going to feature a theme park.

Before MV Werften stopped operations in January it had close to 2,000 workers, per Maritime Executive.