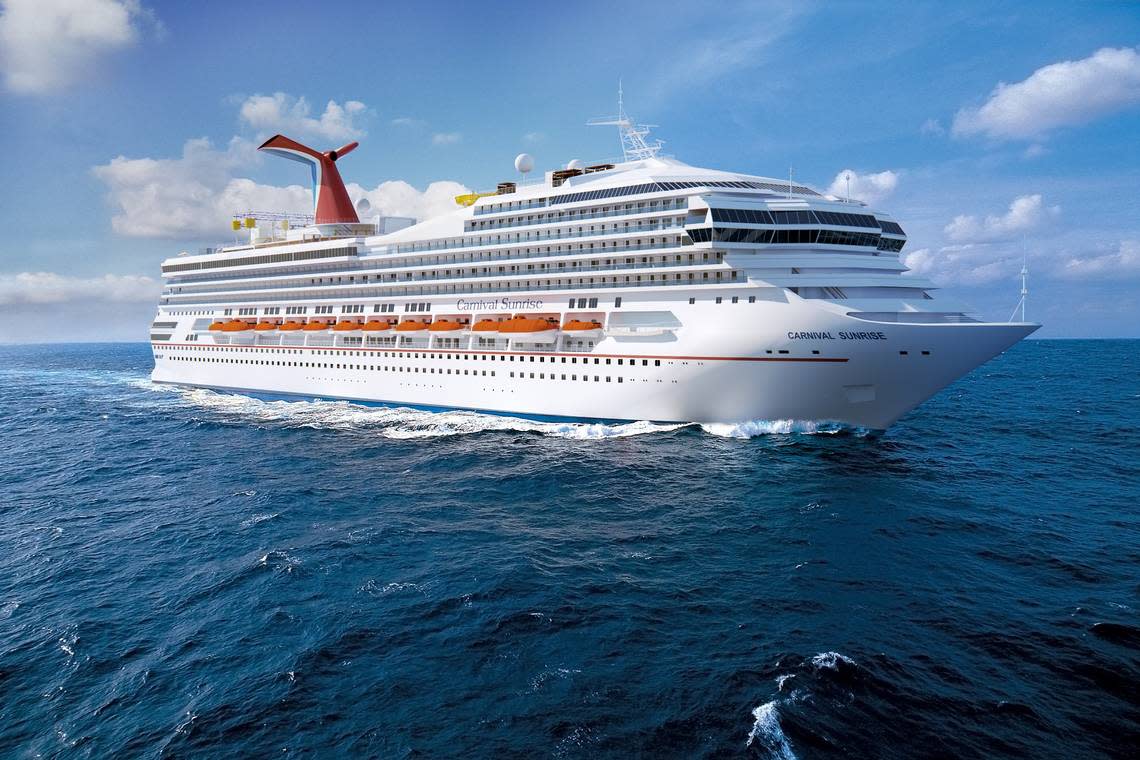 Vacations are supposed to be relaxing. A video from on board a recent trip Carnival Cruise shows just the opposite of that.

According to widespread media reports, passengers got into a violent scuffle onboard the Carnival Sunrise on Sept. 9.

Various passengers shared footage of the nasty bust-up, which involved a handful of people, punching and beating on each other by the pool.

The Sunrise was on the tail end of a five-day, round-trip cruise in the Western Caribbean, according to CruiseMapper.com.

According to a witness, TikTok user @divamarie03, whose name is Laura Bryant, the altercation started over someone taking someone’s else seat at a bar.

The video shows a number of individuals, many in bathing suits, beating on one another while people scream and try to break up the argument and a whistle blows.

A woman says off camera that she saw a man hit a woman: “That’s a b-tch-as- move.”

A man wearing a lanyard who appears to be a ship employee attempts to tone down the violence and uses his body to block the blows but is overwhelmed.

In the comments section of Bryant’s video, a fellow passenger who claimed to be there said at least 30 people were involved in the skirmish.

Another person chimed in: “All I know is, I was filling my cup up with lemonade then, boom, they were knuckin’ and buckin’! Whew, you just had to be there.”

It’s unclear if any arrests were made or if anyone involved was injured. Carnival did not respond to the Miami Herald’s request for comment late Friday.