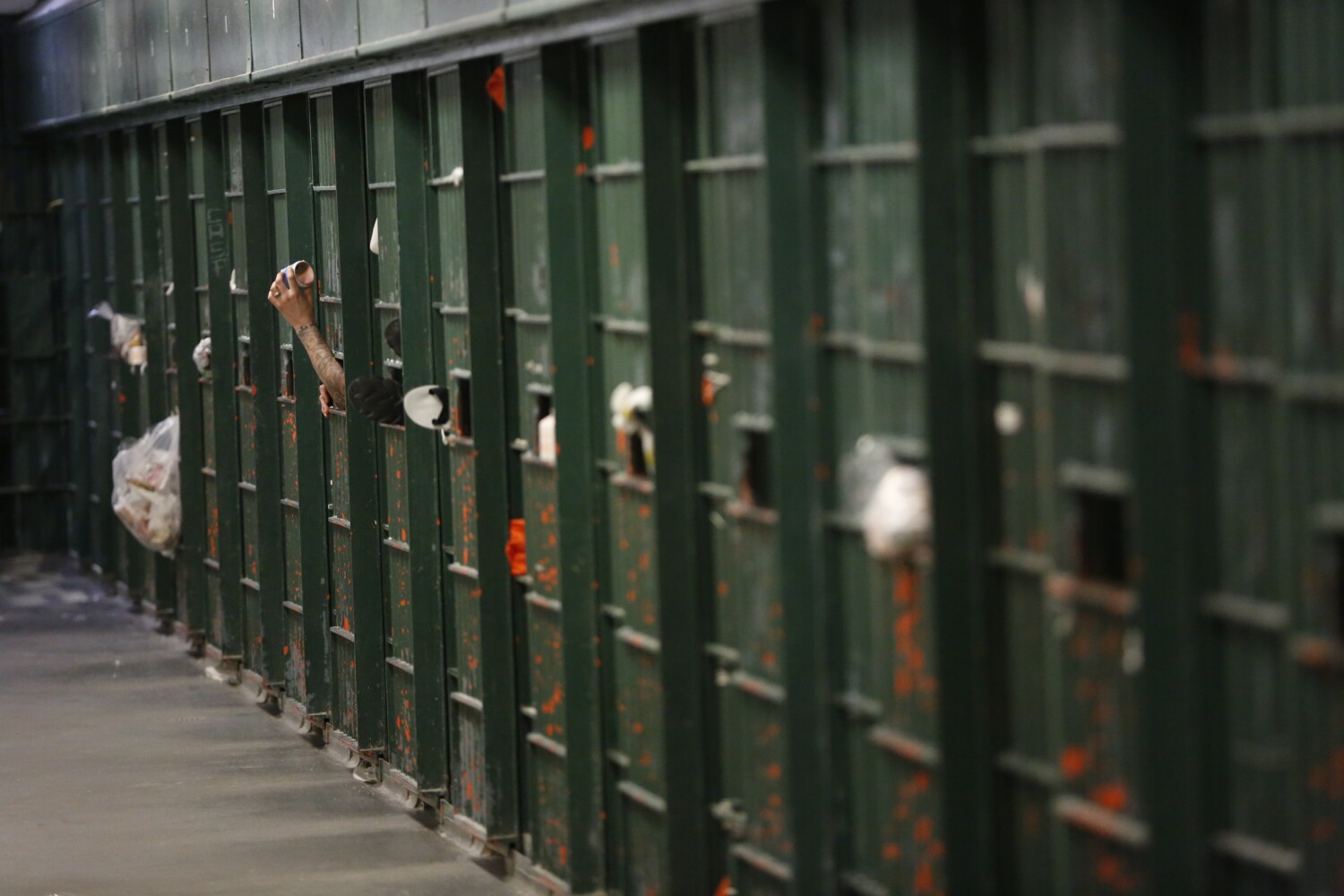 A Superior Court judge declared a mistrial Wednesday in a case against a man facing life in prison because the Los Angeles County Sheriff’s Department kept him in jail cells without beds or blankets for two nights.

“There is absolutely no way, if there was a conviction, that it would stand,” Judge Daniel Lowenthal said during the hearing at the Long Beach courthouse, according to a transcript reviewed by The Times. Lowenthal cited arguments by the man’s attorney indicating that his client was losing focus during the trial and unable to help with his own defense.

“I’ve lost confidence in the sheriff’s ability to provide the requisite support for this trial,” Lowenthal added. “A mistrial is granted.”

Court records show the man, Vamazae Banks, 24, is charged with three counts of robbery and one count each of assault with a firearm and making criminal threats. Banks was in the third day of his trial when his attorney raised concerns over his treatment in L.A. County jail.

“My client, due not to his own fault, has been deprived of sleep during a trial in which he faces life because they won’t give him a place to sleep with a bed or a blanket,” said Alan Nakasone, a public defender representing Banks. “I believe that is unconstitutional.”

He added: “This is probably the most important three days of his life.”

The Sheriff’s Department, which runs the county’s jails, did not immediately respond to a request for comment Thursday afternoon.

In making his ruling, Lowenthal listed other failures by the Sheriff’s Department to adequately handle the case. He said the agency last week defied his order to move Banks from the North County Correctional Facility in Castaic to Men’s Central Jail in downtown L.A. so that he could be closer to Long Beach.

That would mean he wouldn’t have to be woken up at 3 a.m. to make it to court on time, and not risk getting held up by the Sheriff’s Department’s “well-known” jail bus shortage, Lowenthal said.

“Based on those two reasons, I ordered the sheriff to keep him at” Men’s Central, he said. “They didn’t.”

After his first day of trial Monday, Banks was taken to Men’s Central Jail. Instead of being placed in a regular cell with a bed, sheriff’s deputies placed him in a cell meant to hold people for short periods of time.

“They … kept him in the holding cell with no bed or blanket all night — literally all night,” Lowenthal said.

The next afternoon, Lowenthal said, Banks’ attorney asked to cut the day short because his client couldn’t stay awake.

When the Long Beach Police Department, which has a jail across the street from the courthouse, agreed to hold Banks overnight, sheriff’s officials refused the offer.

“The Sheriff’s Department, inexplicably, refused to release, despite this court’s order, the gentleman to Long Beach police custody,” Lowenthal said. “I was informed that they were requiring that he be transported back downtown.”

He said the Sheriff’s Department promised him that Banks would get a bed and be brought to court the next morning. “Neither happened,” Lowenthal said.

Instead, Banks was not put in a cell with a bed until 3:30 a.m. and didn’t arrive to court until late in the morning Wednesday, the judge said.

The prosecutor argued against a mistrial, requesting that the judge postpone testimony in the case until the man was able to get rest.

“It is not fair to punish the people for the Sheriff Department’s failures to provide what the court asked and ordered,” Deputy Dist. Atty. Tricia Halstead said.

She said a mistrial would be unfair to the three victims in the case who have testified.

“We don’t know if the defendant contributed to any of the issues that caused him not to get a bed,” Halstead said.

Lowenthal said he was also “horrified” that the victims would be required to relive their experience by having to testify again.

At the end of the hearing, he sent the jurors home.

Along with the bus shortage the judge mentioned, the county’s sprawling network of jails has been beset by a host of problems in recent years stemming from the old, inadequate facilities, insufficient staffing and space for the mentally ill, and allegations of abusive deputies.

For a decade, county officials and others have called for shutting down Men’s Central Jail, which is antiquated and overcrowded. At one point, elected leaders came out with a serious plan for building a replacement. Those plans were scrapped in 2019 amid growing unease about whether they focused enough attention on mental health treatment.

The Los Angeles County Board of Supervisors then voted in 2020 to develop a plan to close the decrepit facility as it sought to find alternatives to incarceration for the thousands of people who filter in and out of the county’s sprawling jail system.