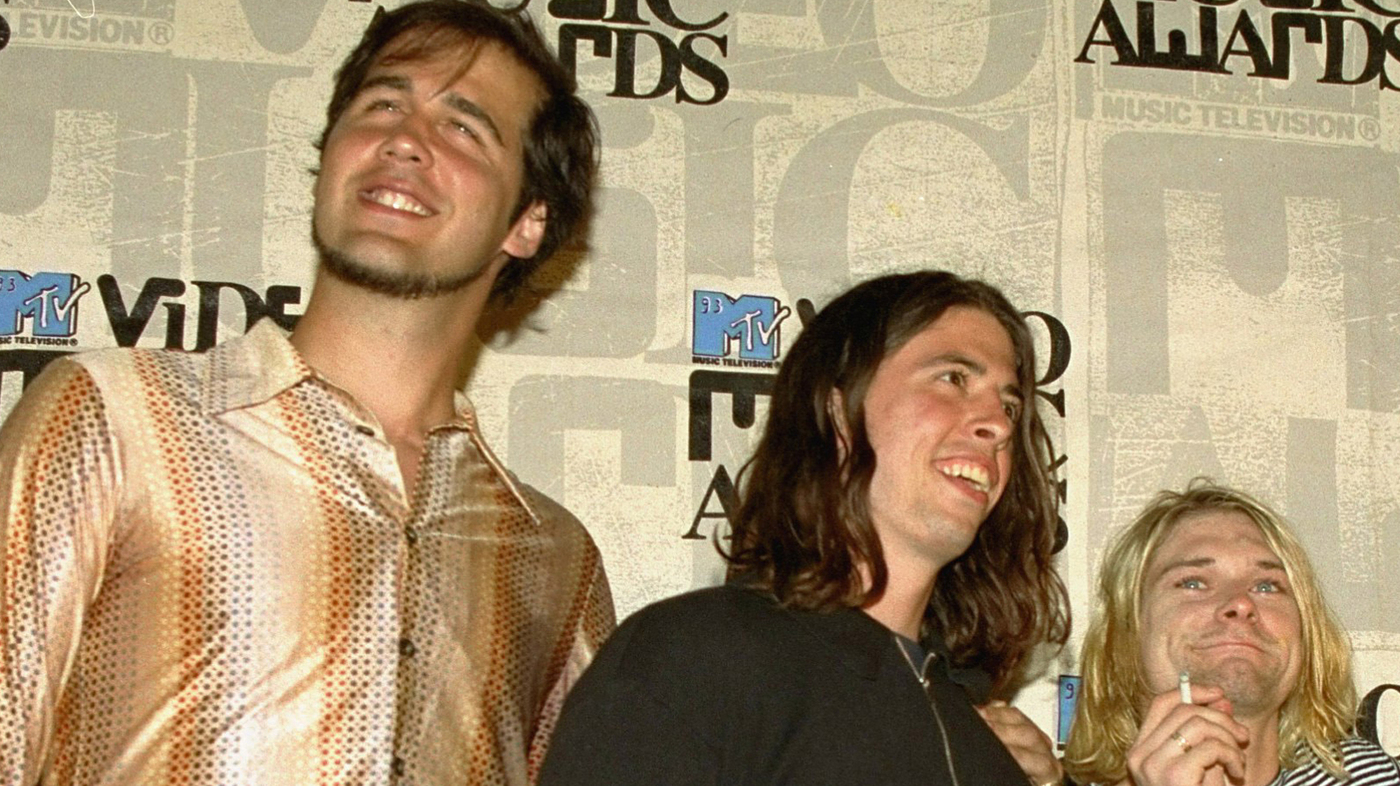 Nirvana band members Krist Novoselic (from left) Dave Grohl and Kurt Cobain pose after receiving the award for best alternative video for “In Bloom” at the MTV Video Music Awards on Sept. 2, 1993, in Universal City, Calif.

Nirvana band members Krist Novoselic (from left) Dave Grohl and Kurt Cobain pose after receiving the award for best alternative video for “In Bloom” at the MTV Video Music Awards on Sept. 2, 1993, in Universal City, Calif.

Teenage angst pays off well, as Nirvana’s Kurt Cobain sang. But a lawsuit from a man who appeared as a naked baby on the band’s landmark Nevermind album still isn’t paying off: a federal judge has once again dismissed the lawsuit.

Spencer Elden is appealing the dismissal, his lawyers told NPR, arguing that the judge in the case has misinterpreted the federal child sexual exploitation law known as Masha’s law. Elden says Nirvana and its record label have profited from child pornography by selling the album that famously features him on the cover.

“Most child pornography is traded well into the victim’s adulthood,” attorney Margaret Mabie said via email. “Masha’s law permits victims to sue for each violation of their privacy when their childhood images remain in circulation.”

Elden, 31, was 4 months old when he was photographed underwater at the Pasadena Aquatic Center in California. A fishhook and dollar bill were later edited into the image. Elden says Nirvana’s surviving members, Cobain’s estate and others have “leveraged the lascivious nature of his image” to market and make millions of dollars off of the famous album.

But the defendants say Elden has himself previously sought to parlay his infant fame into adult profits, playing up his “Nirvana Baby” status by re-enacting the photo and autographing copies of the album.

Elden’s lawsuit, filed in August 2021, names Cobain’s estate and former bandmates, along with photographer Kirk Weddle, Universal Music, Geffen Records, Warner Records and MCA Music. It seeks at least $150,000 in damages from each defendant, along with legal fees.

But Judge Fernando Olguin of the Central District Court in California dismissed Elden’s suit with prejudice, ruling that he had waited too long to file suit. The judge cites the law’s statute of limitations, which requires a child pornography victim to bring a claim either 10 years after they discover the violation or injury against them, or 10 years after they turn 18.

“Here, plaintiff does not dispute that he knew of injuries arising from defendants’ activities related to their use of his image on the Nevermind album cover more than ten years before he filed this action,” Olguin said.

Elden’s lawyers argue that the damage done to him is ongoing, and has persisted in the years after he ceased being a minor. They note, for instance, that the band and its label rereleased Nevermind last year, with him on the album cover, to mark its 30th anniversary.

Under Olguin’s reading of the law, “child pornography remedies vaporize once the victim in the contraband image turns 28 years old,” Mabie wrote in an email to NPR. “Under this logic, any child pornography producer—such as Masha Allen’s original abuser—could simply wait out the clock and then re-distribute abusive material with impunity. Spencer’s victimization as a child remains frozen in time.”

But the defendants say the law’s statute of limitations “cannot be suspended indefinitely while a plaintiff is fully on notice that a known person does the same thing to him, in the same manner, for more than 10 years.”

Olguin had previously dismissed Elden’s lawsuit in January, after his lawyers missed a deadline for responding to a defense motion. The judge allowed Elden’s team to file an amended complaint after that flub — but his new ruling doesn’t provide that leeway.

On Monday, Elden’s lawyers filed a notice of appeal, seeking to take their case to the 9th Circuit Court of Appeals.