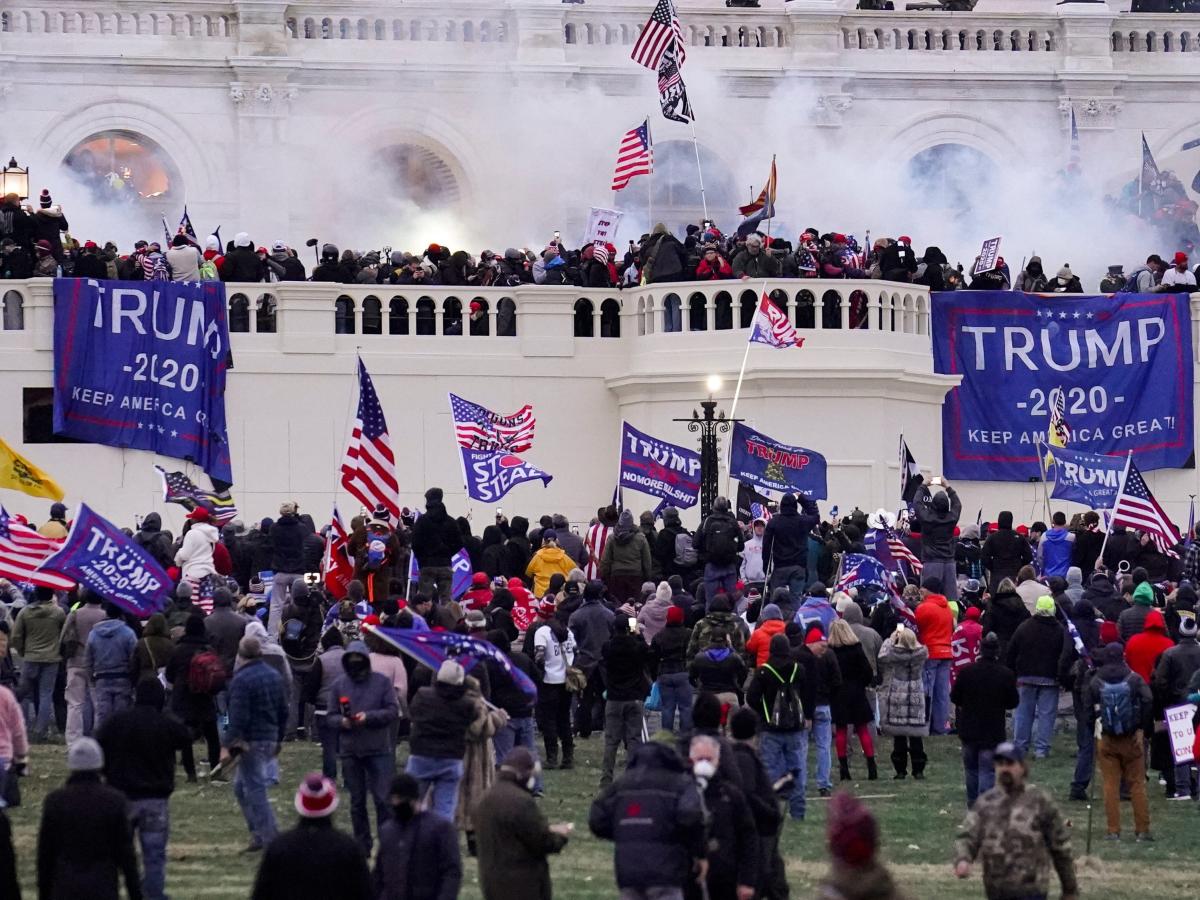 Howard C. Richardson, a 72-year-old from Pennsylvania, was sentenced Friday to nearly four years in prison for beating a police officer with a Trump flag during the Jan. 6 attack on the Capitol.

Richardson, who pleaded guilty in April to a charge of assaulting a law enforcement officer, made his way to restricted areas of the Capitol grounds during the riot that interrupted Congress as members were counting electoral votes related to the 2021 presidential election, according to a statement released by the Department of Justice.

The Pennsylvania native told the FBI he was at the Capitol because he was “pissed off” about the 2020 presidential election and angry about alleged voter fraud, NBC reported. He marched through the crowd carrying a Trump flag as he passed officers trying to keep the surge at bay.

“At about 1:38 p.m., Richardson was standing several feet away from the police line at the West Terrace with the flagpole,” the DOJ statement read. “He raised it and forcefully swung it downward to strike an officer with the Metropolitan Police Department who was standing behind a metal barricade. Richardson then struck the officer two more times, using enough force to break the flagpole. Then, moments later, he joined other rioters in pushing a large metal sign into a line of law enforcement officers.”

The government’s sentencing memo indicated Richardson downplayed his participation in the attack, provided false information about his actions, and wrongly insisted he’d carried a “Back the Blue” flag, not a Trump flag, during the riot.

“Apparently unphased [sic] by the irony of using a pro-police symbol to attack a police officer, Richardson made this assertion even though the video footage clearly shows his flag is a blue and red “Trump” flag,” the memo read.

At the sentencing, NBC reported, Richardson apologized for his actions, saying he “lost [his] temper” and that there is “no excuse” for what he did, but that he had expected a party and “celebration” because he thought that the certification of Joe Biden’s presidential win would be stopped.

“I have learned my lesson, your honor,” NBC reported Richardson said. “I was going down as a patriotic citizen to celebrate. … I just want to go back to my life.”

Richardson was ordered to serve 46 months in prison and pay $2,000 in restitution, according to the DOJ statement about the sentencing. Following his release, Richardson will be placed on three years of supervised release.

Richardson is one of more than 860 individuals who have been arrested for crimes related to the Jan. 6 breach of the US Capitol, including more than 260 individuals charged with assaulting or impeding law enforcement.