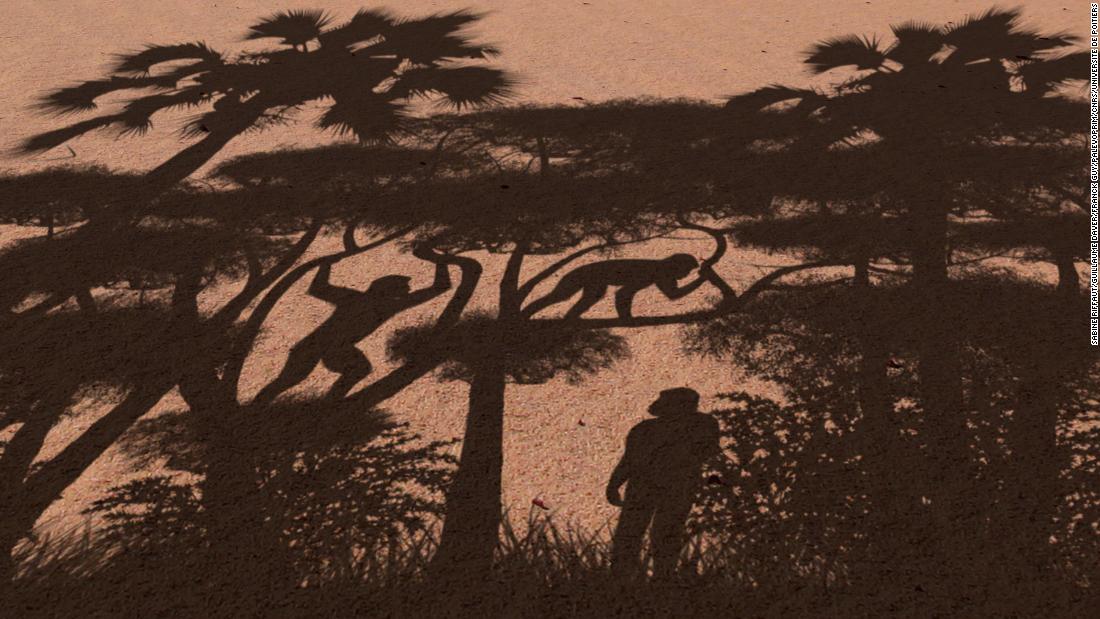 Researchers looked at a femur and two ulna arm bones of Sahelanthropus tchadensis, one of the earliest known human ancestors, and found signs that they walked on two feet — also known as bipedalism, according to a new study published Wednesday in Nature.

“Our oldest known representatives were practicing bipedalism (on the ground and on the trees),” said study author Franck Guy, a research fellow at Université de Poitiers in France. The remnants of the ancient beings show that bipedalism emerged soon after chimpanzees and human ancestors diverged on their evolutionary tracks, he added.

There is even more to be found in these fossils. Their characteristics show that Sahelanthropus tchadensis also maintained the ability to climb trees proficiently, according to the study.

These ancestors were hominins, or species more closely related to humans than chimpanzees, and they mark an early stage in our evolutionary divergence, said Daniel Lieberman, a professor of human evolutionary biology and paleoanthropologist at Harvard University. Lieberman was not involved in the study.

Bipedalism in these ancestors isn’t exactly a surprise. The arm and leg bones analyzed in this study were found in Chad in 2001 alongside a nearly complete cranium, the study said. It is unclear whether they came from the same individual, though, said study author Guillaume Daver, assistant professor of paleontology at Université de Poitiers.

The cranium showed a downward pointing spot where head and spinal cord meet — a trait which would make it much harder to walk on all fours, Lieberman said.

The new analysis of the limbs from that find provides even more evidence that hominins were traveling on two legs when they roamed Earth about 7 million years ago, he added.

“It’s a glimpse into what set the human lineage on a separate evolutionary path from our ape cousins,” Lieberman said. While the recent findings support what early studies already suggested, fossils from this time are rare, so every discovery is an important piece of evidence, he added.

And the new study “makes quite unlikely that the common ancestor we share with the chimpanzees was looking like a chimpanzee,” Guy said.

Bipedalism was extremely important to our evolution, but it didn’t make a lot of sense for our ancestors, Lieberman said.

Walking on two legs makes an animal slower, more unsteady and more at risk for back pain, none of which is helpful for survival, he added.

“There must have been some really big advantage,” Lieberman said. Scientists have a hypothesis about what that might have been.

Our common ancestor with apes was a lot like a chimpanzee, and we know that they need to use a lot of energy to walk — twice as much as humans when you adjust for body size, Lieberman said.

When the evolutionary paths of humans and chimpanzees diverged, Earth’s climate was changing and rainforests in Africa were breaking up, so our ancestors had to travel farther to get food, he said. The hypothesis is that walking on two legs gave them more energy to travel.

“What really set us off on this different evolutionary path is that we were bipedal, or we walked on two legs,” Lieberman said. “It helps us understand really the origins of humanity.”

There are many things that defined us as human, like language, tools and fire, he said. And in the 1870s, Charles Darwin — without any of the evidence we have now — guessed that walking on two legs was the spark that started it all, Lieberman said.

And we now can see that bipedalism was a big differentiator from apes and helped free our hands up to develop tools, Lieberman said.

“We proved Darwin right,” he said. “That’s kind of cool.”