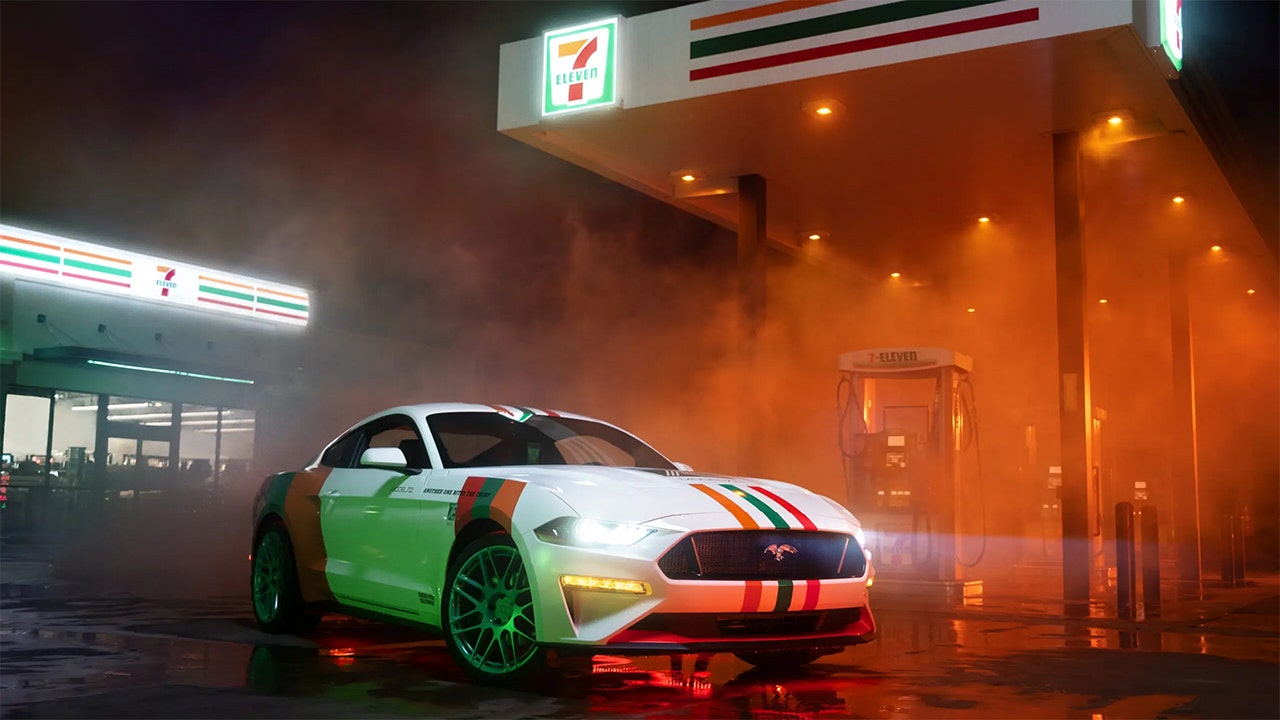 The 2021 Ford Mustang Mach 1 is the latest in a line of high performance Mustangs that dates back to 1969 and very different than the brand’s other “Mach” model, according to Fox News Autos Editor Gary Gastelu.

But where do you put the Big Bite?

The Model 711 is a custom Mustang 7-Eleven is giving away in a contest.
(7-Eleven)

7-Eleven has revealed a custom Ford Mustang GT designed with unique features that were suggested by fans who can now enter to win it.

The Model 711 was built by Galpin Auto Sports of “Pimp My Ride” fame and wrapped in a 7-Eleven paint scheme.

The Model 711 was built by Galpin Auto Sports.
(7-Eleven)

Slogans splashed across it include “Built for Speed & Snacks,” “Need for Slurpee,” and “Another One Bites the Crust.”

A pizza slice holder slips into the cup holder.
(7-Eleven)

The last of those is matched by a pizza slice holder that slips into a cupholder.

The Model 711’s shifter grip has been replaced by one shaped like a Slurpee.
(7-Eleven)

The car is equipped with an automatic transmission, which has had its shifter grip replaced with one shaped like a Slurpee that looks like will be as cold as the frozen drink to touch in winter.

The Mustang’s seats have also been reupholstered with fabric inspired by the stripes featured on 7-Eleven storefronts.

The car is an extrasensory experience, however, and equipped with a 7-Eleven coffee-scented air freshener hanging from the rearview mirror.

The finishing touch is a night owl logo replacing the Mustang’s pony in the grille.

Customers can enter the contest by purchasing things through the 7-Eleven apps or through interactions with its Instagram account through May 24.