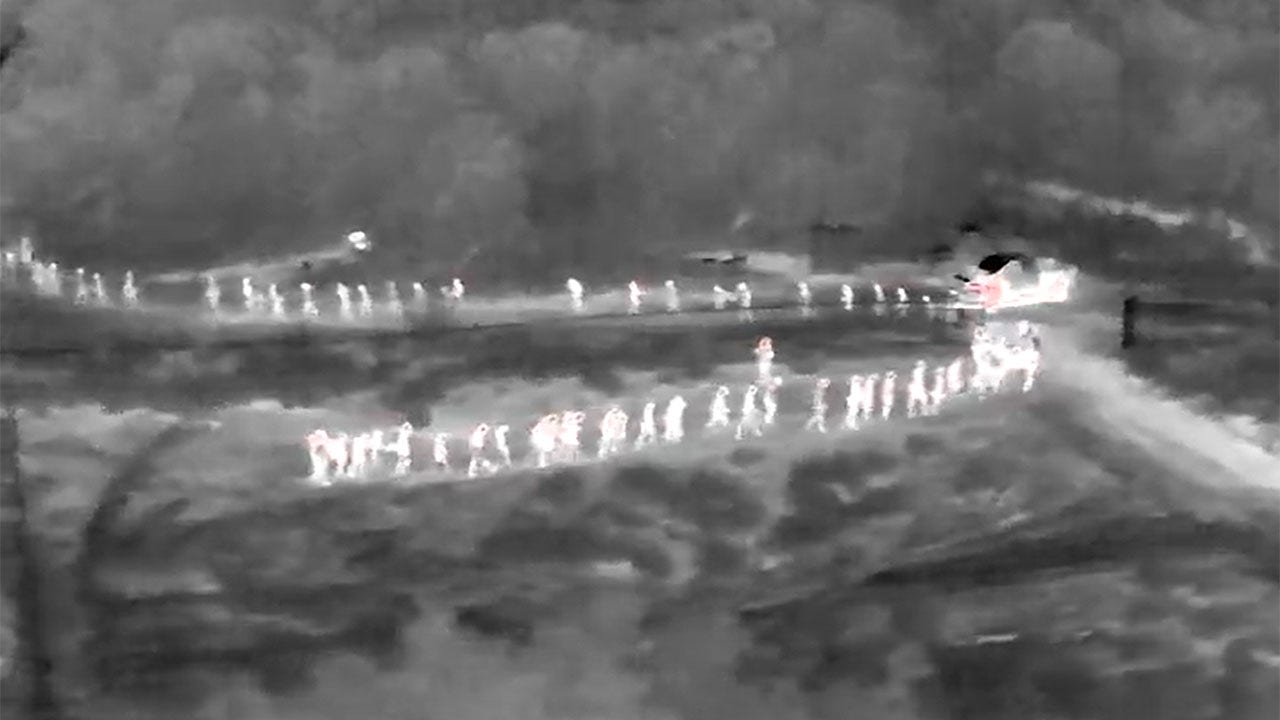 More than 500 illegal migrants hit one part of the southern border in just a few hours on Friday — just as Martha’s Vineyard was scrambling to cope with an influx of just a tenth of that amount.

Fox News, using thermal imaging technology, spotted lines of migrants flooding across the border illegally in Eagle Pass, Texas — one of the worst hit areas of the migrant crisis that has roiled the southern border since early 2021.

Within just two hours, Fox News saw three large groups totaling over 500 illegal border crossers in three spots. There have been over 450,000 crossings in this sector of the border alone this fiscal year.

MARTHA’S VINEYARD’S ‘HUMANITARIAN CRISIS’ IS JUST 0.000025% OF THE BORDER CRISIS

The encounters come just as a political controversy was ongoing in Martha’s Vineyard, where Florida Gov. Ron DeSantis had sent 50 migrants on planes. Democrats decried the move cruel and a political stunt. Republican governors in Texas and Arizona have bused migrants to the sanctuary states of Chicago, New York and Washington D.C., although still just a fraction of those encountered at the border.

“They used them as political pawns — treated them like chattel in a cruel, premeditated political stunt.” White House Press Secretary Karine Jean-Pierre said Friday of the GOP governors.

Meanwhile, California Gov. Gavin Newsom called for the Justice Department to look into whether DeSantis’ actions constituted kidnappings or other federal crimes.

“Several of the individuals who were transported to Martha’s Vineyard have alleged that a recruiter induced them to accept the offer of travel based on false representations that they would be transported to Boston and would receive expedited access to work authorization,” Newsom wrote. “I urge US DOJ to investigate whether the alleged fraudulent inducement would support charges of kidnapping under relevant state laws.”

Republicans noted that the number being sent to the liberal summer hotspot was just a fraction of those crashing into the border every day. DeSantis mocked liberals for their response to the small number of migrants being sent to the popular vacation spot.

“The minute even a small fraction of what those border towns deal with every day is brought to their front door, they go berserk, and they’re so upset that this is happening. And it just shows you that their virtue-signaling is a fraud,” he said.

On Friday, buses arrived at the island resort to take the migrants off the island, transporting them instead to Joint Base Cape Cod.

Republican Gov. Charlie Baker announced that 125 Massachusetts National Guard members — more than double the number of migrants — had been activated to deal with what one group had described as a “humanitarian crisis.”

“Shortly after the arrival of these individuals, Martha’s Vineyard residents joined with local and state officials to create temporary shelter and provide necessities in a moment of urgent need,” Baker said in a statement. “However, the island communities are not equipped to provide sustainable accommodation, and state officials developed a plan to deliver a comprehensive humanitarian response.”

Meanwhile there have been more than two million migrant encounters across the border this fiscal year, including approximately 200,000 a month over the summer. The number sent to Martha’s Vineyard represents just 0.000025% of those encounters.