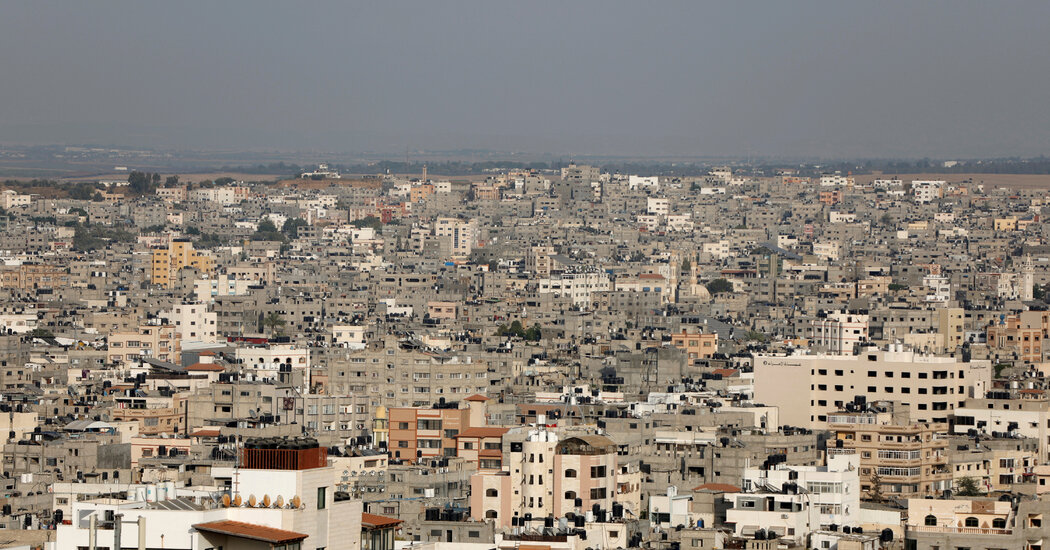 JERUSALEM — Officials in Gaza announced the executions on Sunday of five Palestinians, two of whom were accused of spying for Israel.

The executions were the first reported in Gaza in a half-decade and occurred amid anxiety within Hamas — the militant Islamist group that seized control of Gaza in 2007 — about Israeli infiltration of its ranks.

Three of the five were killed by hanging and the other two by firing squad, the Gaza Interior Ministry said in a statement.

The ministry said that one of the people accused of spying had been arrested in 2009 after supplying information to Israel since 2001, while the other was arrested in 2015 after providing Israel with intelligence since 1991 about the locations of militants, rocket factories and rocket launch sites. The ministry did not provide evidence, and a spokeswoman for the Israeli government, which does not typically respond to such claims, declined to comment.

The three others were accused of various crimes including murder, rape and robbery, the ministry’s statement said.

Hamas and other militants in Gaza do not recognize Israel’s existence and regularly fight with Israel, firing rockets into Israeli territory and encouraging or organizing attacks by Palestinians inside Israel itself. Israel often launches airstrikes at Gaza; over the past 15 years, hundreds of militants have been killed as well as more than a thousand children and women, according to records compiled by the United Nations office for the coordination of humanitarian affairs. Some of its strikes are based on intelligence provided by Gazans themselves.

Israel blocks most Gazans from entering Israel, and rights groups say the few permitted access to Israel — generally for low-wage labor or rare medical treatments — are often taken aside by Israeli officials on entry or exit and pressed for information.

To deter potential collaborators, Hamas has installed posters and banners at the main crossing point between Gaza and Israel warning Palestinians against working with Israel.

Israel and Egypt heightened restrictions on movement to and from Gaza in 2007, after Hamas captured the territory during a short civil war between the major Palestinian political factions. Most Gazans cannot leave the territory for Israel, but the Israeli government permits several thousand laborers to work in Israel, and in the past year it has more than doubled the number, raising it to a 15-year high.

Hamas won parliamentary elections across Gaza and the West Bank in 2006, but has run an authoritarian government in the Gaza Strip since seizing it a year later.

It regularly detains its critics and restricts the media, while its institutions enforce conservative social mores, restricting alcohol sales and barring women from traveling alone without the permission of a male relative. Foreign reporters are sometimes expelled or barred for researching subjects that Hamas considers sensitive.

Fighting flared last month between Israel and other militants in Gaza, but Hamas unusually stayed out of the clash.

Israel recently made small adjustments to its blockade, easing some marginal restrictions on Gazan trade and increasing the number of Gazans allowed into Israel. Wary of losing popularity in Gaza, where the unemployment rate is over 40 percent, Hamas is considered leery of prompting Israel to end those concessions.