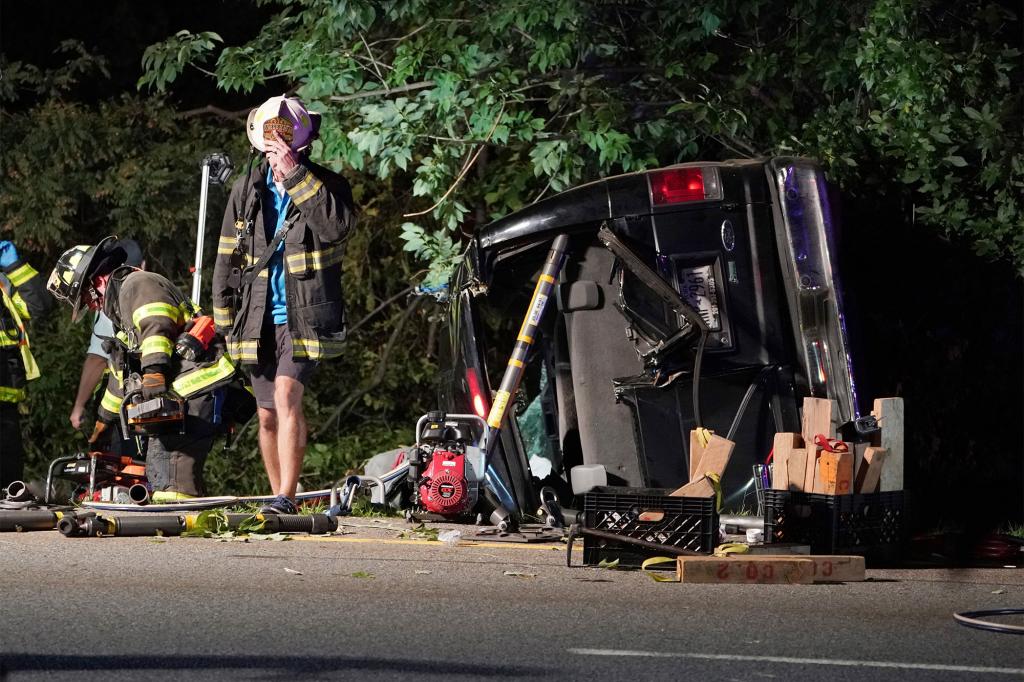 The four van passengers who died in a horrific rollover crash in New Jersey Friday morning have been identified as New York City residents, according to authorities.

It was also revealed by police later Friday that George Massey, 54, the driver of the van which was carrying warehouse workers back to the Big Apple, may have suffered a medical episode ahead of the wreck on Palisades Interstate Parkway.

Massey, of the Bronx, and three passengers — Clara Estrella, 49 of Manhattan, Candida Frias, 59, of Manhattan and Jose Luis Romero Munoz, 59, of the Bronx — were all killed in the crash, according to Palisades Interstate Parkway Police.

The van was heading toward the George Washington Bridge when it flipped over and landed in the center median, according to police.

Workers from the Amscan Warehouse in the Orange County town of Chester, New York, were being transported in the vehicle, cops said. Surviving passengers told police they believed Massey lost control while undergoing a medical crisis.