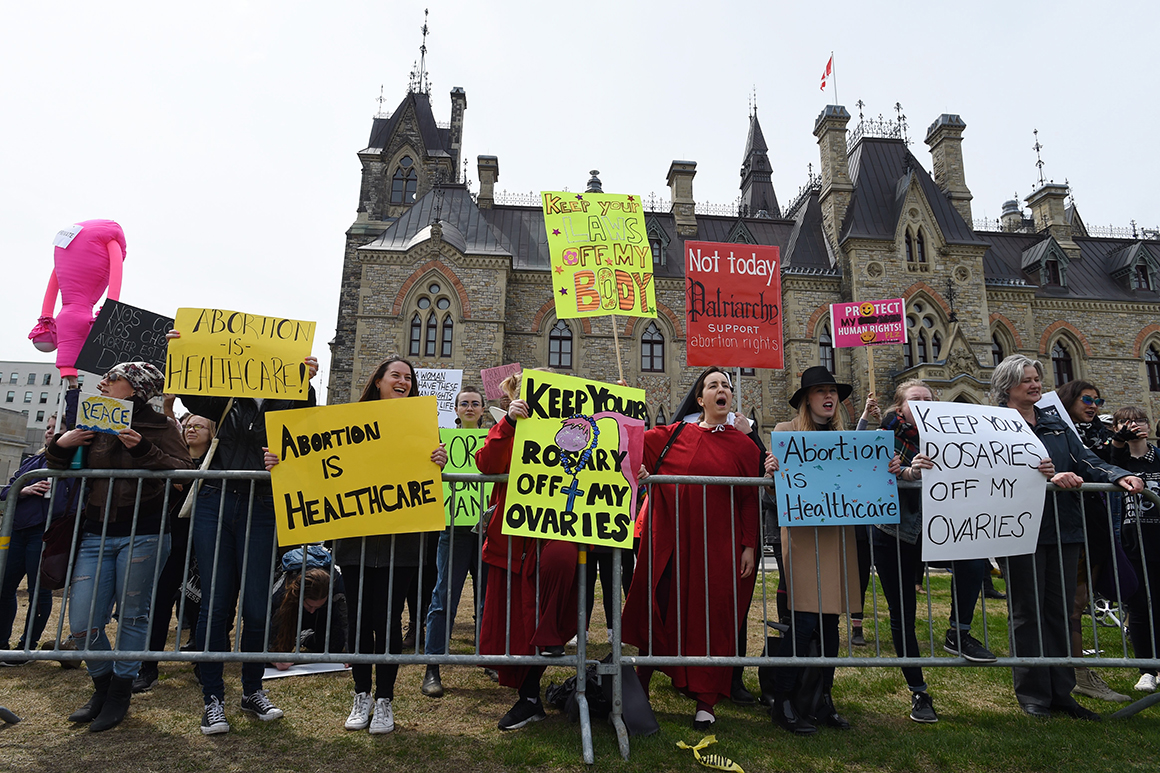 It is a rare occurrence when voters from all major federal parties agree on anything, but abortion appears to be one issue that goes across party lines.

Even among Conservative voters, a majority (56 percent) want their next leader to support abortion rights, against only 19 percent who would prefer the leader to be against — a three-to-one ratio. Three quarters of Liberal and NDP voters say they’d prefer the next Conservative leader support abortion rights — even though, from a purely cynical and strategic point of view, perhaps some Liberals would not mind seeing their main rival siding with such an unpopular view among the Canadian electorate.

We don’t have to look back far to find a Conservative campaign derailed by its leader’s stance on abortion.

In 2019, with the Liberals and Conservatives in a statistical tie throughout the country, and with Conservatives poised to makes gains in rural and suburban Quebec, it took all but five minutes from the start of the first French language debate for Liberal Prime Minister Justin Trudeau, NDP Leader Jagmeet Singh and Bloc Leader Yves-François Blanchet to corner a bumbling Andrew Scheer on his abortion stand.

The Conservative leader stressed he would not reopen the issue if he were prime minister, but he could not swim away from the issue, and the damage was done. In the days that followed, the CPC quickly dropped in the polls in Quebec, Blanchet lead his Bloc Québécois to a resurgence in Quebec and Trudeau went on to win reelection, albeit with a minority government.

Interestingly, Léger fielded the exact same questionnaire to its online panel in January 2020, shortly after Scheer resigned (and at the start of the race that led to the nomination of his replacement, Erin O’Toole). Back then, 60 percent of Canadian voters expressed their preference for a CPC leader who supports abortion rights, including 47 percent of CPC voters (see poll report here), meaning Léger has observed a statistically significant increase of support for a CPC leader who supports abortion rights: seven points among all voters (60 to 67 percent) and nine points among CPC voters (47 to 56 percent).

We need to be cautious when comparing polling results from different firms, because wording and polling methods can have a notable effect on the results. Nevertheless, 2020 polling from the Angus Reid Institute found that 59 percent of Canadian voters view abortion as morally acceptable, against 26 percent who view it as morally wrong.

Liberal, NDP and Bloc voters overwhelmingly sided with acceptable, whereas CPC voters were evenly divided. Moreover, another poll from Abacus Data fielded in 2016 showed 69 percent of Canadian perceived abortion as morally acceptable, including 84 percent of NDP voters, 75 percent of Liberals, and even 57 percent of CPC voters.

Although a majority of voters in Canada may consider this issue settled, social conservatives who wish to roll back or restrict abortions in Canada will have at least one candidate representing their views on the main stage of the Conservative debate as Haldimand–Norfolk MP Leslyn Lewis has officially qualified for the final CPC ballot.

Yet, The Globe and Mail reported Tuesday that the Office of the Official Opposition (led by interim CPC leader Candice Bergen) sent an email to the Conservative caucus (MPs and senators) advising them not to comment on the SCOTUS leak. Keep your thoughts to yourselves was the clear message — there’s more risk than potential gain in this moment.

Opinion polling in Canada clearly shows that pushing to restrict abortion is a risky and highly unpopular political strategy, which could cost the Conservatives much needed support, especially among women voters and in urban Canada.

Evidently, CPC strategists and Bergen have seen the same data, which helps explain why she felt some of her MPs should be muzzled on a potentially explosive issue. One can easily see how this turn of events could risk derailing an already divisive CPC leadership race.