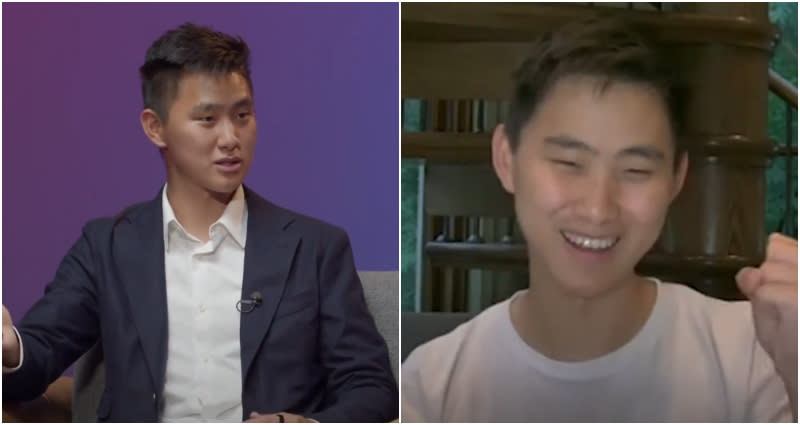 A 25-year-old college dropout who has inked deals with the U.S. military to help them harness artificial intelligence is now reportedly the world’s youngest self-made billionaire.

Alexandr Wang, who appeared on the Forbes’ 30 Under 30 list in 2018, is co-founder and chief executive officer at Scale, a San Francisco-based startup that helps companies generate high-quality data for AI applications.

Last April, a $325 million funding round doubled Scale’s valuation to $7.3 billion in just over four months. Wang’s 15% stake is now worth $1 billion.

Scale’s origins can be traced back to the summer of 2016, when Wang — then a freshman at MIT — co-founded the startup during the break. Little did he know it would change the course of his life.

More from NextShark: Cambodian American Returns to the U.S. After Deportation Mistake 5 Years Ago

“I told my parents it was just going to be a thing I did for the summer,” Wang told Forbes. “Obviously, I never went back to school.”

Wang co-founded Scale with Lucy Guo, whom he met at the age of 17 while coding full-time for Quora. Guo herself is currently chief executive officer at Moment, a Web3 platform for creators.

Wang’s early success can be attributed to his early show of talent. As a child, he was a math whiz, joining his first national competition in sixth grade.Wang’s parents were physicists wo worked on weapons for the military at New Mexico’s Los Alamos National lab, where the U.S. secretly developed its first atomic bomb.

Today, Scale counts major global companies such as AirBnB, Etsy, General Motors, LinkedIn, Nvidia, PayPal, Pinterest, Samsung and Toyota among its clients. The U.S. Army, Air Force and Department of Defense through its Joint Artificial Intelligence Center (JAIC) — which enteredinto a $249 million contract in January — are also on the roster.

More from NextShark: Former BC Student Accused of Talking Boyfriend Into Suicide Before Graduation Will Face Trial

“AI is not a one-and-done technology, and we’re thrilled to see the JAIC embrace the continuous approach to T&E (test and evaluation) that Scale was founded on,” Wang said of the agreement. “By adopting this framework, the government’s AI programs will be more resilient, responsible, and equitable, ensuring that U.S. investments in AI lead to successful deployments of new, impactful technologies.”

In March, Scale began to provide free AI-ready datasets that algorithm developers can use to rapidly train and deploy AI to support Ukraine in its defense against Russia.

“At Scale, we believe in using AI technology in support of democratic values,” the company said. “By providing these datasets at no cost to national security practitioners, we hope to support a diplomatic solution and swift end to this conflict.”