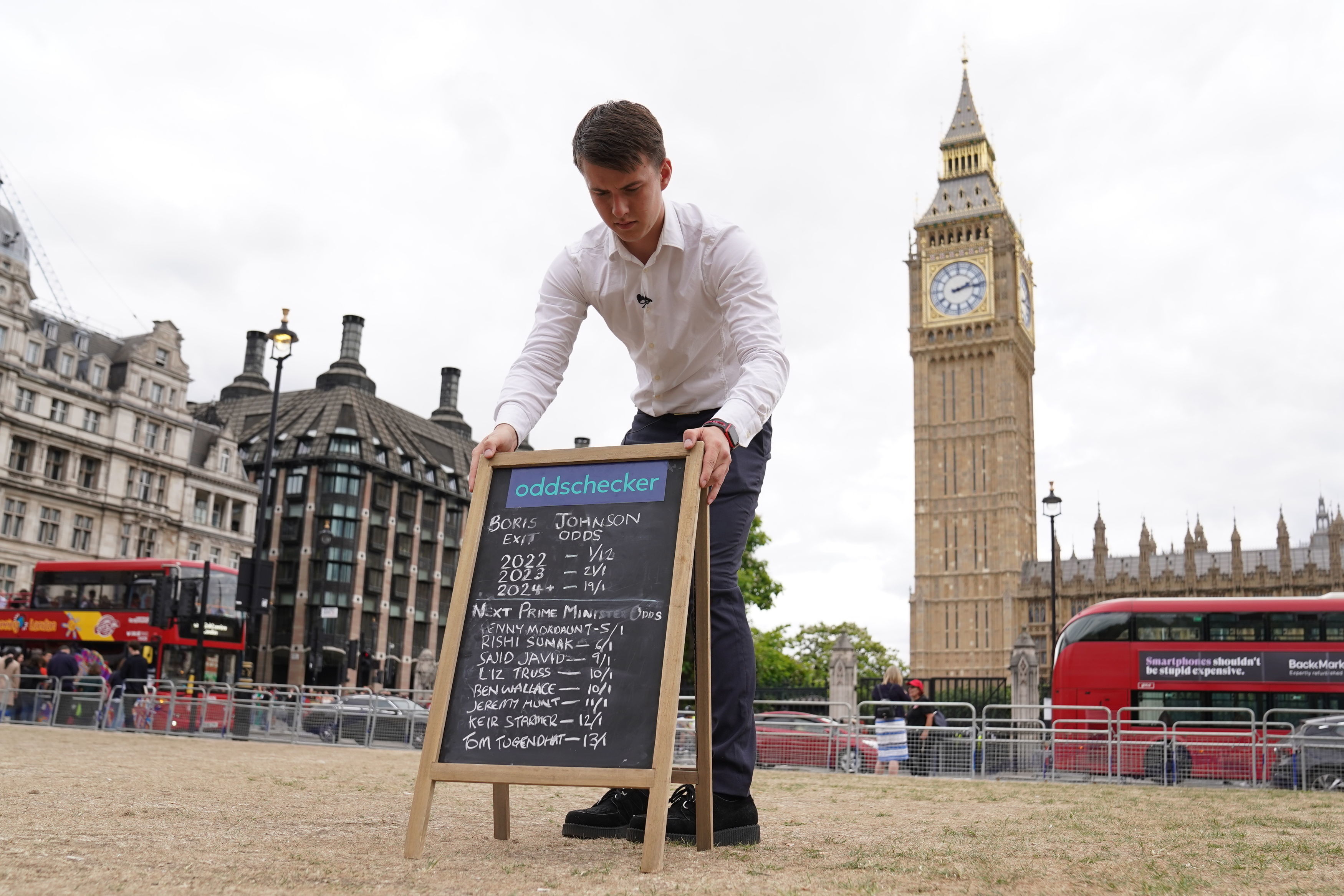 A day is a long time in politics for Boris Johnson.

The British prime minister’s scandal-hit premiership is looking shakier with every passing minute Wednesday, after more than 30 members of his government quit in the space of a hectic 24 hours in Westminster.

The drama erupted when Johnson apologized for his role in a scandal involving one of his key allies, Chris Pincher, who resigned from a government role amid allegations of sexual misconduct.

A drip-drip of allegations and an explosive accusation from a former senior civil servant forced Downing Street to change its story and admit Johnson knew more than he was letting on about Pincher’s previous conduct when he promoted him.

As Johnson himself was apologizing for the affair in an interview Tuesday evening, two of his most senior ministers were announcing their resignation from the government — setting in motion a day of political chaos that would push Johnson’s premiership to the brink.

Here is how that 24 hours unfolded.

6 p.m. Johnson formally apologizes for the Pincher affair in a TV clip and admits that appointing Pincher as the government’s deputy chief whip, despite knowing about a 2019 investigation into his behavior, was “the wrong thing to do.”

6.11 p.m. With Westminster still reeling from one senior Cabinet resignation, Rishi Sunak makes it two less than 10 minutes later. The chancellor appeared to blame his exit on splits over economic policy, writing that: “It has become clear to me that our approaches are fundamentally too different.”

“We cannot continue like this,” he added. Officials from the Javid and Sunak camps insist their resignations were not coordinated, though their moves were a sign that significant numbers in the Tory Party had concluded Johnson’s days were numbered.

7 p.m. Trade envoy to Morocco Andrew Murrison, apparently live tweeting from a sauna, becomes the third member of the government to release a resignation letter. The steamed-up pic obscured this quietly brutal line: “In February I wrote a supportive op-ed for the Guardian in which I said that if you were obliged to leave office you would do so with your head held high. I would no longer write in those terms.” Here’s a clearer pic.

8.58 p.m. If he was still bothering to read the resignation letters at this stage, Johnson will have been particularly stung by the brutal note sent by the exiting parliamentary aide to the Welsh Secretary. Virginia Crosbie tells Johnson: “You risk irrevocably harming this government and the Conservative Party … It appears you are either badly advised or unable to change … The brilliant work many ministers are doing [is] often despite what is happening around yourself … [The public believe] you cannot be trusted to tell the truth … You can serve [this country] one last time by leaving office.”

9.30-10 p.m. Anyone expecting Johnson to go quietly is left disappointed as the PM fills the most senior gaps in his Cabinet with a defiant reshuffle designed to shore up his position. Expected leadership contender Nadhim Zahawi is made chancellor, Johnson’s Chief of Staff Stephen Barclay is moved to the health brief, and the Universities Minister Michelle Donelan is promoted to Zahawi’s previous post of education secretary.

10.02 p.m. And breathe. A full hour without any resignations only for the PM’s trade envoy to Kenya Theo Clarke to announce she’s off.

10.47 p.m. Solicitor General Alex Chalk completed the set to become the tenth member of the government to resign Tuesday as Westminster headed to bed.

7.05 a.m. Zahawi begins a morning round of interviews with broadcasters, his first since his promotion to the Treasury the night before …

8.10 a.m. … But Zahawi’s interview with the BBC’s flagship Today program is derailed by two resignations from government colleagues as he speaks. The chancellor admits he is sorry to see Education Minister Will Quince and parliamentary aide Laura Trott depart.

12.05 p.m. 17 government resignations later, a defiant Johnson faces his own stony-faced MPs — and a jubilant Labour leader Keir Starmer — at his weekly prime minister’s questions session in the House of Commons. He insisted he would “keep going” — even as some of his own MPs used their questions to call on him to quit.

12.40 p.m. After setting in motion the events that would imperil Johnson’s premiership the night before, Javid steals the parliamentary show with a withering statement following PMQs. “At some point we have to conclude that enough is enough,” the former health secretary said, directly addressing his fellow Tory MPs, and challenged those remaining in Cabinet to follow suit.

2.25 p.m. Johnson’s preparations for a grilling from the powerful liaison committee of senior cross-party MPs are disrupted by a particularly wounding spate of resignations. Neil O’Brien, Kemi Badenoch, Julia Lopez, Lee Rowley and Alex Burghart — all junior ministers considered rising Tory stars — resign at the same time with a joint letter to the PM. By this point the quitters are coming in batches.

“It has become increasingly clear that the government cannot function,” the MPs wrote. Employment Minister Mims Davies became the 27th member of the government to quit moments later.

3 p.m. Chair Bernard Jenkin warns MPs on the liaison committee to respect the pre-arranged order of questioning as Johnson sits down to face MPs. While the world watches for signs Johnson would take the hint, the prime minister answers questions on Ukraine and the cost-of-living crisis before MPs are allowed to grill him on subjects relating to “integrity in politics,” all while junior members of the government continue to announce their resignations.

3.40 p.m. Johnson’s predicament is neatly illustrated as he tells MPs that appropriate “safeguarding is done” to ensure Ukrainian refugees are safely housed — at the same time his government minister with responsibility for that safeguarding is announcing her resignation on Twitter.

4.24 p.m. Multiple media reports suggest a group of Cabinet ministers have arrived in Downing Street in order to tell Johnson to resign. One problem: the PM is still answering questions at the liaison committee.

4.31 p.m. Zahawi — Johnson’s chancellor for less than 24 hours — is among the Cabinet ministers preparing to tell him to go.

5.13 p.m. As more government resignations continue to filter through and senior members of the government try to persuade Johnson to step down, the executive of the 1922 committee of backbench Tory MPs decides against changing the rules to allow another internal party vote on Johnson’s future. A vote to elect the committee’s new executive, which could take a different view, will be held Monday.

9 p.m. Johnson fires one of his most senior ministers, Michael Gove. The move follows reports that Gove, who has held multiple senior roles in Johnson’s government, had spoken to the PM and urged him to resign.