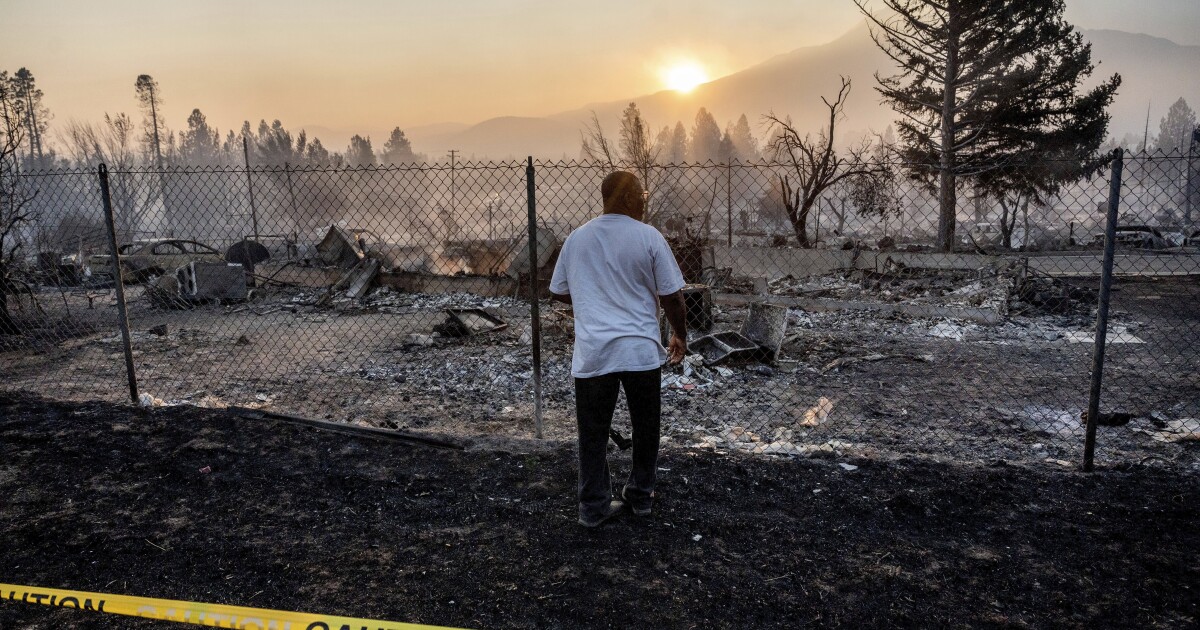 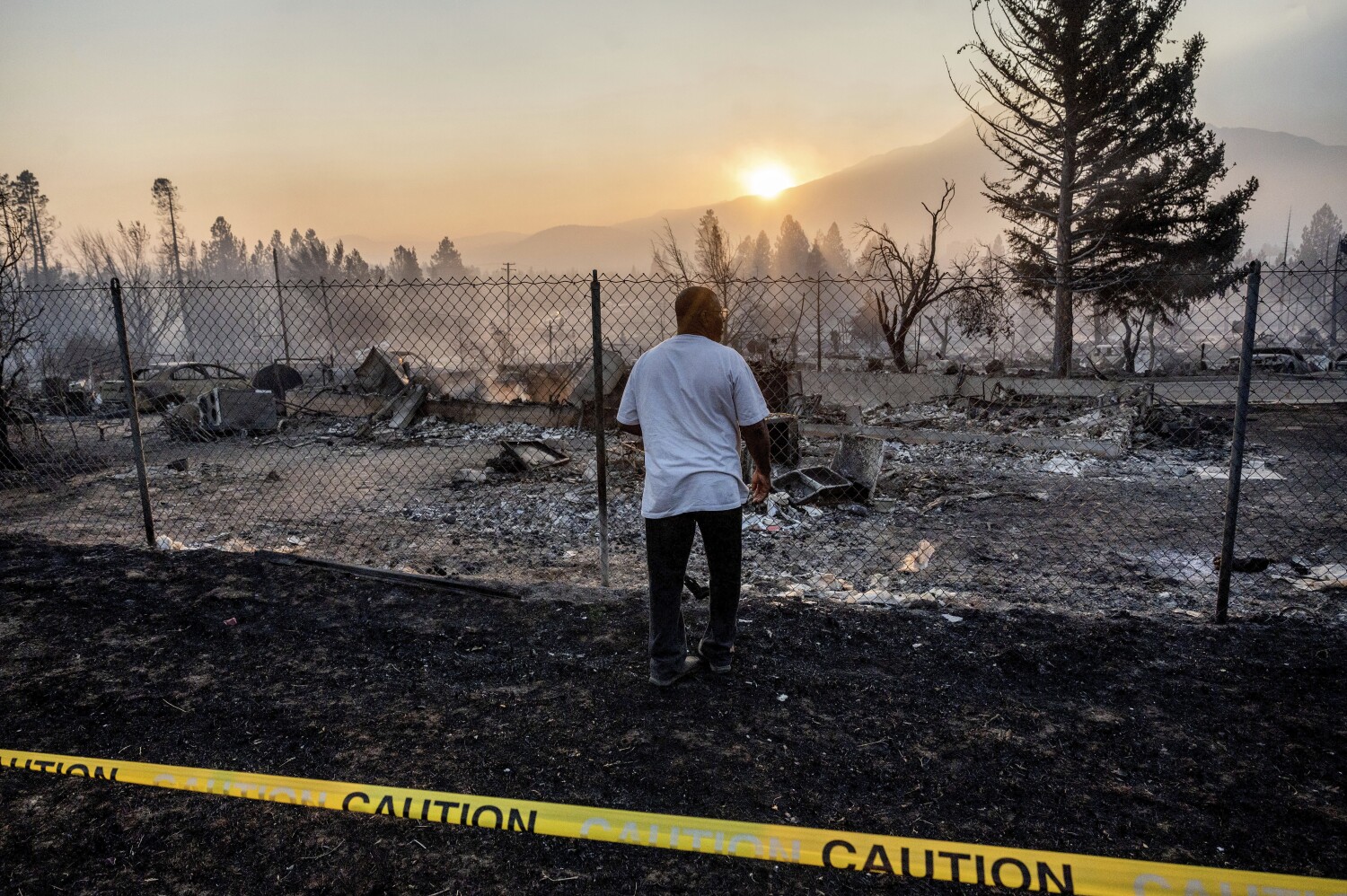 Authorities recovered two bodies from a Weed, Calif., neighborhood that was burned down Friday by the fast-moving Mill fire in Siskiyou County.

The blaze burned scores of homes and other buildings in the rural Northern California community, and emergency crews spent Sunday doing door-to-door assessments. The fire burned more than 4,200 acres and is now 25% contained.

“We have lost two people to this fire. There is no easy way of putting that,” Siskiyou County Sheriff Jeremiah LaRue told a community meeting Sunday, asking for a moment of silence for those who died.

The Mill fire, which started Friday, appears to have erupted near the property of Roseburg Forest Products and spread to nearby homes in the historically Black community of Lincoln Heights within minutes, said Weed Mayor Kim Greene.

It quickly became an urban conflagration as flames raced from house to house, the majority of them older wooden structures, she said.

The commercial structure that ignited was an old building that once housed a planer mill and is now used to store spare parts for Roseburg’s active veneer plant, which was not involved in the fire, said Rebecca Taylor, communications director for the Springfield, Ore.-based wood products company. No operation activity takes place at the building, and it’s unclear whether the fire started there or nearby, she said.

Authorities had not yet determined how many homes were destroyed as of Saturday afternoon but said they were working quickly to assess the damage.