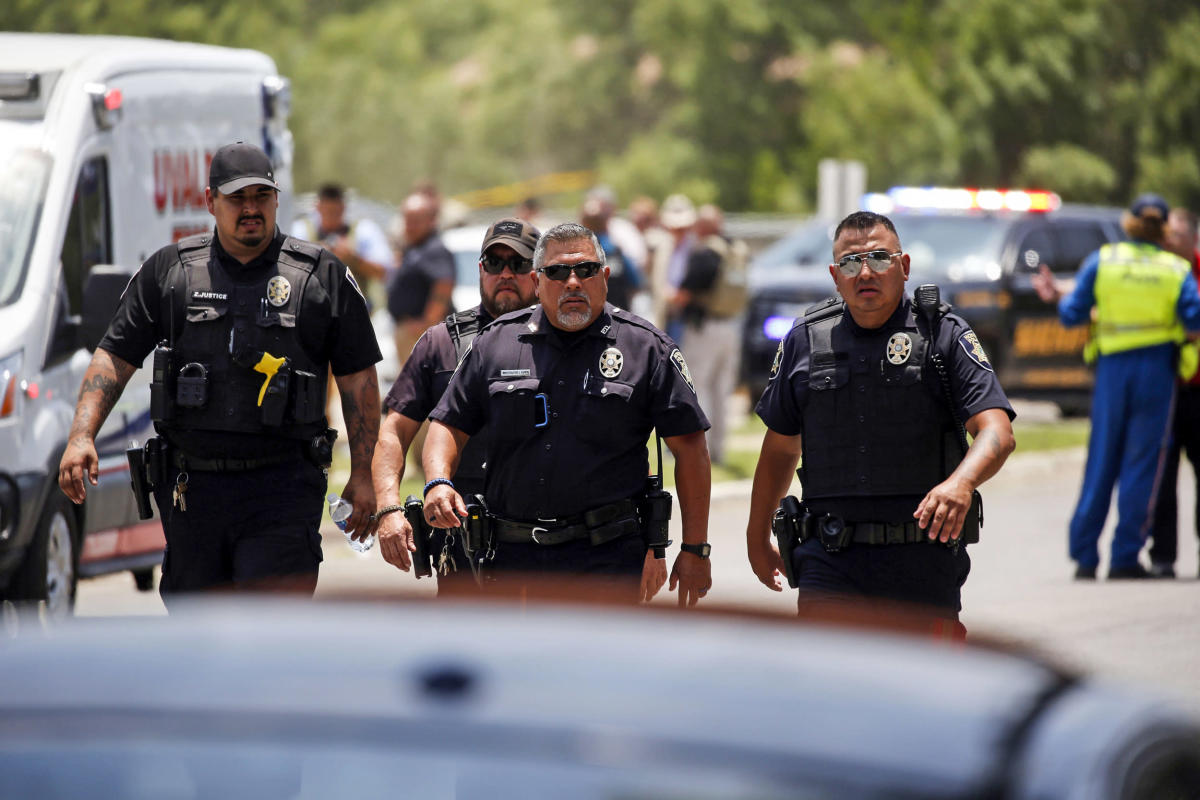 Fourteen students and one teacher were killed in a shooting Tuesday morning at a Texas elementary school, Gov. Greg Abbott said.

The suspected shooter, who might have had a handgun and rifle, was fatally wounded in the law enforcement response to the attack at Robb Elementary School in Uvalde, about 83 miles west of San Antonio, he said.

“It is believed that he abandoned his vehicle then entered into the Robb Elementary School in Uvalde with a handgun and he may have also had a rifle,” Abbott said in a news briefing.

“He shot and killed, horrifically and incomprehensibly, 14 students and killed a teacher,” the governor said.

The incident was no longer active Tuesday afternoon. The suspected shooter was 18, authorities said.

Initial accounts indicated 13 children were taken to the emergency room at Uvalde Memorial Hospital after the shooting at Robb Elementary, according to a Facebook statement and hospital CEO Tom Nordwick. Two were transferred and one is pending a transfer, the CEO said in a phone call.

In addition, two people were pronounced dead prior to arriving at the hospital, Nordwick said. Their names and ages were not released.

University Health said in a tweet that it was treating a child and a 66-year-old woman who is listed in critical condition. The condition of the child is not yet known.

A University Health spokesperson said she could not confirm if the patients are shooting victims, but added their injuries are related to the shooting at the school.

The suspected shooter was taken into custody just after 1 p.m. local time, the Uvalde Police Department announced on Facebook. The school serves second through fourth grades in a city that’s nearly half non-English speaking, according to the U.S. Census Bureau.

News of the suspect’s capture came less than an hour after the Uvalde Consolidated Independent School District announced on Twitter that there was “an active shooter” at the elementary school.

“Law enforcement is on site. Your cooperation is needed at this time by not visiting the campus. As soon as more information is gathered it will be shared,” the tweet said.

Students were being taken to Uvalde High School for reunification with parents, police and the school district said. But the district asked parents not to pick up their children. “You will be notified to pick up students once all are accounted for,” an update from the district said.

The district’s last day of school is Thursday.

The shooting occurred after new FBI statistics released Monday showed active shooter incidents in 2021 surged by more than 50 percent from 2020 and nearly 97 percent from 2017.

Uvalde is more than 83 miles west of San Antonio.